In light of RuPaul’s Drag Race UK’s new cast, here are drag artists of colour you should know about 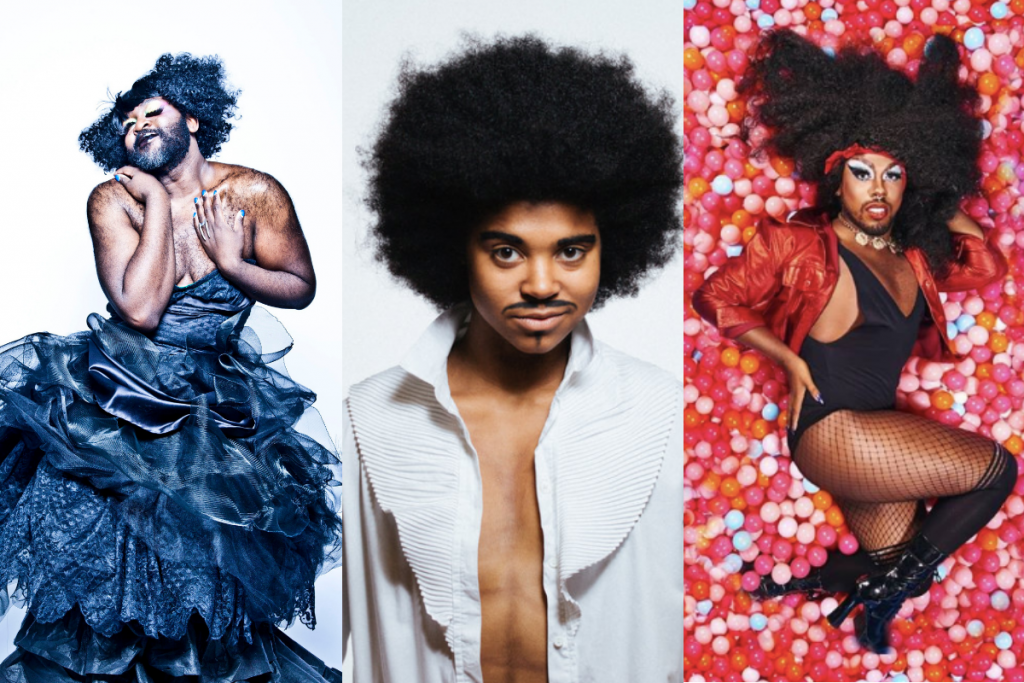 When the news first broke that RuPaul’s Drag Race would be coming to the UK, I was shook. Finally, one of my favourite (kinda problematic) shows would now be on home turf. I’d already started imagining which hilarious Eastenders characters might pop up the Snatch Game, and I could practically hear the sarcastic dry insults when the library finally opened. But at the back of my mind, I couldn’t help but worry about which queens would be selected to represent UK drag on one of the largest platforms there is.

I really wanted to be proved wrong by the show, but now that the queens have been revealed, it looks as though only two of them are people of colour. A whole two. It’s truly bewildering considering Season 11 of the US Drag Race only had four white queens. So, silly me, I just assumed we were going to be about that inclusive life on our version.

I go to a lot of drag performances and know first hand how beautifully diverse the scene is, especially when you’re looking in the right places – places like Pecs, Kings Of Colour Initiative, and Cocoa Butter Club for instance. There is so much more to drag art and performance than the narrow, mainstream part RuPaul offers. So, if you’re looking for some people of colour of all genders in the UK drag scene then look no further:

Could there be a better drag name? Not only is Zayn Phallic a saucy drag king but they also curate the fabulous drag collective, Kings Of Colour Initiative, set up to address the lack of diversity in the drag scene. Zayn even runs a drag king summer school which promises to teach students “how to bind, pack and have cheekbones that could cut patriarchy in two.”

Victoria Sin is an incredible drag artist born in Canada and living in London. Their art often explores “various iconographies of Western femininity”, so there’s a little Marilyn Monroe feel to their drag, and Amanda Lepore is an inspo for their drag look too. Victoria Sin’s art is often being exhibited, a popular series being work created from the imprint left behind on a makeup wipe.

Another smart pun, Frieda Slaves doesn’t play when it comes to their high energy performances, and not to mention their impeccable makeup/beard combo too. Freida also has “hair longer than your life expectancy.” You can often see them dropping it low at one of London’s best LGBTQI+ performance venues, The Glory in London.

The “international drag sex symbol” originally from Georgia in the US, but living in London, gives absolute visual versatility, one second sporting blonde Beyonce sideways cainrows, the next, a choppy platinum bob. Also, they give massive cabaret-style performances, and Cara Melle can sing.

Tayce’s face will literally stop you in your tracks; they have the sophistication of Naomi Campbell strutting down the runway, and the dance moves of all your favourite black 90s R&B princesses. And you’ll often see Tayce hanging out with fellow drag performer Cara Melle.

Izzy Aman is part of the popular feminist drag king collective, Pecs, performing along side kings like Drag King Cole. On top of drag, they are an actor, writer, and all-around badass intersectional feminist. You can usually find Pecs performing at festivals like Brainchild as well as in venues like the Southbank Centre.

Le Gateau Chocolat is a bearded, plus sized queen, who does a lot more than just drag. Le Gateau Chocolat also has a sparkling career in contemporary opera. That’s right, no lip-syncing here darling. He’s performed with Olivier award-winning circus, La Clique/La Soire and has had a solo show at Royal Court.

Chiyo is an Afrolatinx drag artist and “the prinx of provocation” – they know exactly how to get the crowds going. Chiyo is also the producer of Woof, the cabaret for alternative drag and burlesque artists who are redefining sexy. And, they were also a part of Parasites of Pangu, the apocalyptic pop opera held at the Serpentine.