Saying goodbye to the Mindy Project 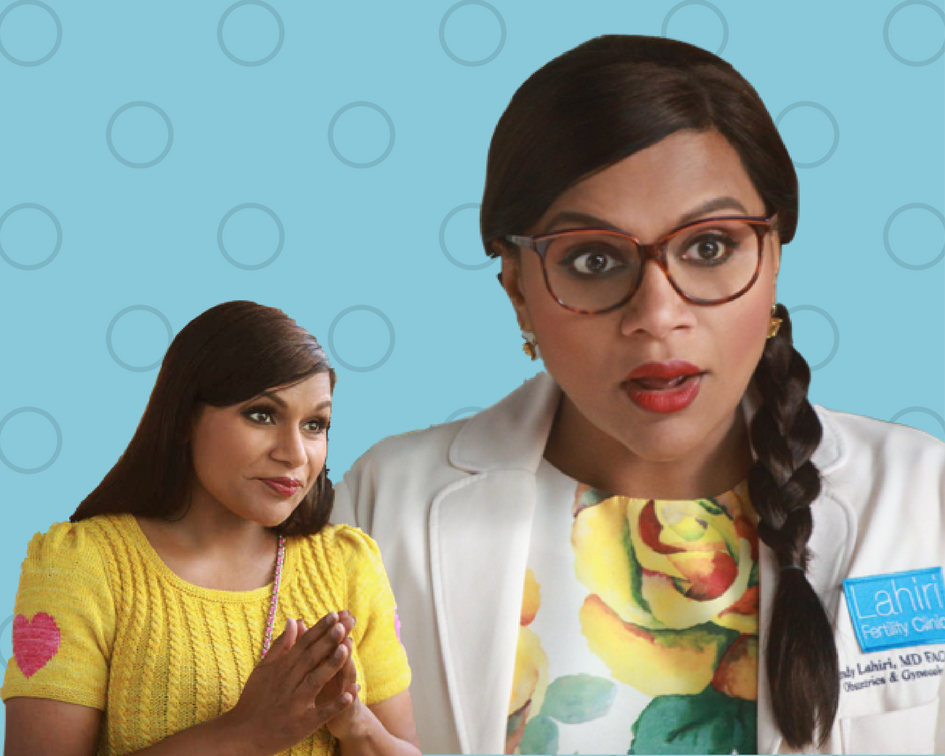 After 117 episodes, hundreds of killer outfits and countless laughs, it was with a heavy heart that I bid goodbye to one of my favourite television shows: The Mindy Project.

At sixteen years old, my first encounter with The Mindy Project was bittersweet. Aware of my soft spot for romance and comedy, my mum called me into the living room to show me a trailer for a new sitcom premiering on E4. The show appeared so warm and incredibly funny and, to my immense surprise, it was fronted by someone who looked like me, someone who I could identify with – an Indian woman.

I realised I had become complacent to the whitewashing of romantic comedies and sitcoms. I was accustomed to Asian actresses being posited as a sidekick, the nerdy well-meaning best friend or the nagging wife, yet here the Indian-American Mindy Kaling played the lead. All conventional and expected boundaries were blurred by this act and as the first Indian-American to write, executively produce and star in her own sitcom, The Mindy Project was a show on her own terms.

Six years ago I created a show called #TheMindyProject and got to play the lead. Not the sassy friend or nagging wife. It completely changed my life. 117 episodes later, it’s ending, on my own terms. That’s so rare, and I just want to say how grateful I am. Love forever, MK ❤️

“As a minority woman in media and entertainment, you were only allowed to be a role model. That’s the only way you could be portrayed on TV and in film, certainly six years ago,” Kaling reflected in an interview with Variety. “If you’re anything but, then there’s enormous amount of pushback and pressure for you to be that way. But the biggest thing the show has managed to do is never compromise. And I think the thing I’m most excited about with the show is to watch it stand the test of time and see young women – particularly young women of colour – watch the show in five years and see she didn’t have to be perfect.”

This is one of the show’s most endearing qualities; as an OB-GYN in New York City, Mindy Lahiri refuses to fit into a clearly-defined box. She is highly intelligent, possesses a keen eye for business and is incredibly driven, yet also obsesses over celebrities, has an unabashed affinity for sex and is a romantic at heart. She is funny, flawed, and, most importantly, feels real. In creating the character of Mindy Lahiri, Kaling rejected both stereotypes expected of a minority woman and also the notion of feminine delicacy often associated with a female lead.

Admittedly, the show isn’t without its failings. The Mindy Project often seems to fall victim to entrenched ideals centred around both racial and class-based economics of desirability. The majority of love interests for Mindy on the show are white men, frequently of a middle or upper-class status, seemingly perpetuating the idea that in the romantic-comedy of life white men are the desired prize. It would have been refreshing to view greater diversity in Mindy Lahiri’s dating history, especially considering the frequent de-sexualisation of Asian men on television.

“Mindy Lahiri refuses to fit into a clearly-defined box. She is highly intelligent and is incredibly driven, yet also obsesses over celebrities, has an unabashed affinity for sex and is a romantic at heart”

However, it would be unfair to say Kaling does not listen and somewhat address this criticism. In her episode ‘Bernardo & Anita’, Mindy is forced to confront her concept of ‘Indianness’ when her Indian-American love interest (played by Kristian Kordula) refers to her as a ‘coconut’. The episode explores the concept of an authentic representation of one’s race and how societal expectation dictates personal engagement with this. This is an idea that is later revisited in the episode: ‘Mindy Lahiri is a White Man’. Whilst representation across love interests and the show’s wider cast could, of course, have been addressed more effectively, one must give Kaling some credit for engaging with critical voices and the criticism levied at her show.

In essence, it is a show full of heart, and it redefined romantic comedy relationships on television. Kaling explores what happens after one experiences the happily-ever-after romantic comedy ending of marriage, critiques society’s expectation of female relationships and all the while provides some of the funniest quips on television. The season 2 finale, ‘Danny and Mindy’, stands out as one of my favourite episodes. Kaling plays with the tropes of the romantic comedy genre, and throughout this 21-minute episode (complete with a whopping 23 outfit changes) she crafts an enviable, and hilarious love story reflective of her immense skill as a writer and actress.

Women of colour in this industry are expected to craft their own opportunities and The Mindy Project is a great triumph for a woman who has been battling her way in the industry from a young age. From her breakout role in The Office, in which at age 24 she was both the sole female writer on a team of eight and also played the role of Kelly Kapoor, to her two New York Time Bestselling books, Mindy has triumphed in an often, predominantly white and male industry. And her journey doesn’t end here, as she is set to star in Disney’s A Wrinkle in Time. Through Kaling International, she is also going to be Executive Producer on two new shows including Champions.

As we bid goodbye to Mindy Lahiri, it is exciting to know that this isn’t the end for Kaling. As a recent graduate attempting to forge my own way in the elusive arts industry, Mindy has given me hope, added to my drive, and demonstrated the importance of seeing someone you can identify with on screen. Now, I think it’s time to watch the pilot again.