Seeing in colour: an interview with activist Nim Ralph

This piece of content has been produced in partnership with Ace & Tate as part of our ‘seeing in colour’ series to mark the launch of their AW18 collection. How often do we hear people tell us that ‘they don’t see colour’? Well, we do and so do our four interviewees – identity is at the heart of their work and this article series will explore the wonderful things that they are doing to push for better representation through arts, politics and culture.

Dressed head-to-toe in black, Nim Ralph’s black backwards cap belies a positively architectural haircut. Our conversation ranges from the power of queering the signs of capital ‘success’ such as fashion to the possibility of being a revolutionary in a non-revolutionary world. Throughout, Ralph’s thoughtful answers are punctuated with their infectious laugh. 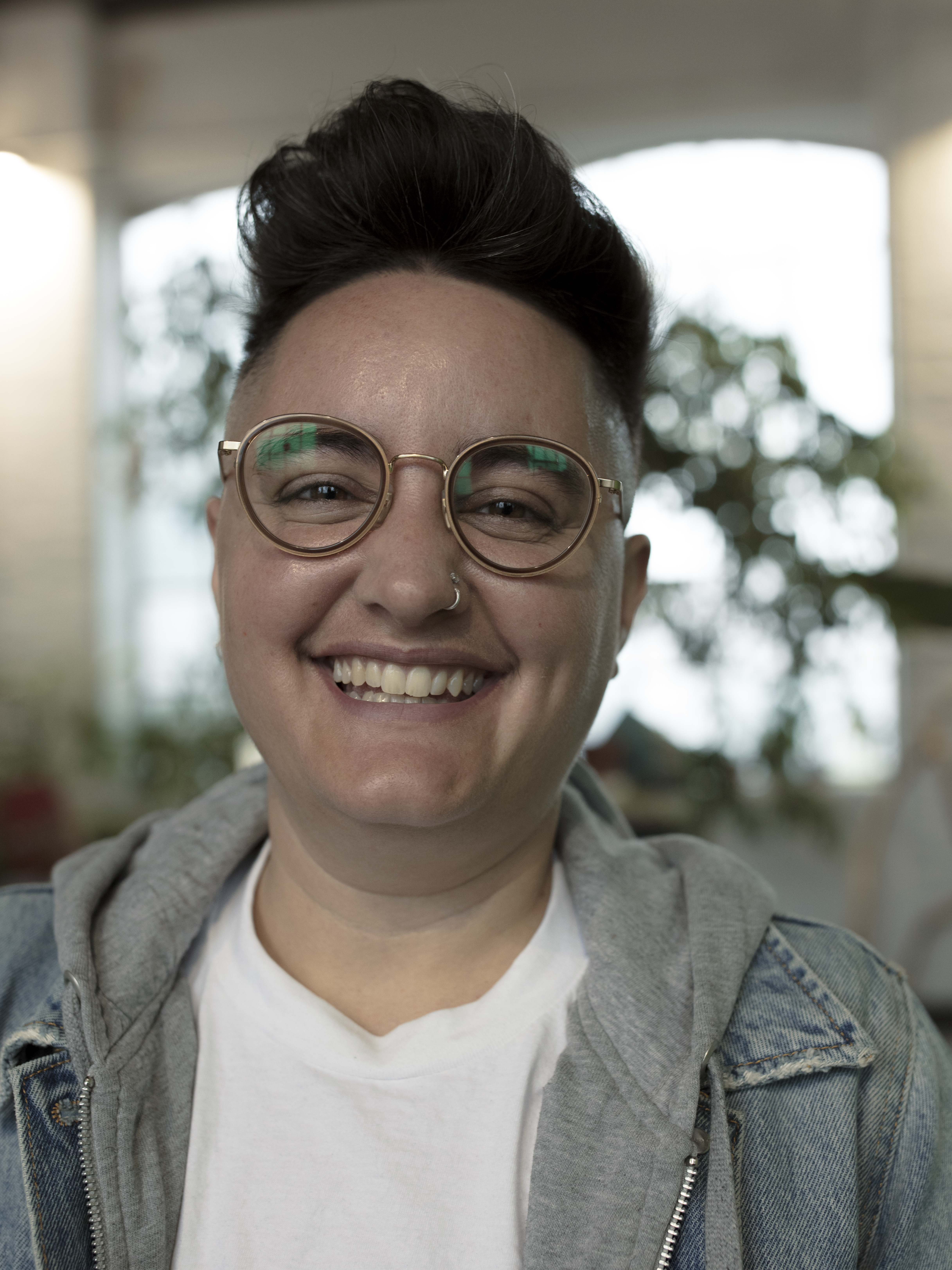 They describe themselves as a “behind-the-scenes” person in movement and campaign spaces. As a trainer, facilitator and consultant who works with campaigners, activists and change-makers, Nim runs two training programmes that are about strategically skilling up the campaign and activist sector in the UK: Campaign Bootcamp and Movement Builders. They also work with international NGOs around anti-oppression and addressing inequality within organisations. Ralph tells me that they are trying to give people the tools and skills to critically engage and think “What movement is happening around me?” and then “How do we become more effective?”.

Your work seems to be rooted in a nuanced understanding of racism and power structures. What do you think, then, of the phrase “I don’t see colour”?

I mean, it’s nonsense! [laughs] It’s the sort of thing you hear from someone who has never had to consider racism themselves. It’s basically saying “we’re all the same”, but the problem with that is we’re not all the same. By saying that you don’t “see colour”, all you are doing is avoiding the inequality and your complicity in it. Because for those of us who are oppressed by that system, we definitely see colour! And we feel colour and we hear colour and we smell colour and we breathe colour! And we experience that inequality every day.

Often I think the tendency is to view work in this very capitalistic frame of “career progression”. Have you ever had to start afresh and change direction?

When I first started doing unpaid training, development and facilitation, it was in activist spaces such as the Climate Camp movement. From there, I went from community organising, which was also unpaid but much more in tune with my politics, to strategic management of organisations, where the ethos of the organisations was in line with my values but the work not necessarily so. At that time, people who I’d been in movement spaces with started getting jobs at NGOs and bringing me in to deliver training on a paid basis. So now, I have this intersection of strategic and analytical campaign and activist skills, which is why organisations will hire me at their executive level to help them think strategically about how they do these things.

That shift from doing work unpaid to getting paid: how does that feel?

Well, that’s the radical change I’ve experienced. The interesting thing is, in my twenties, I felt angry because I had poured my heart and soul into these movements and they didn’t want to hear it. I would challenge and challenge and educate and educate and I felt at times socially excluded. There was a point in my late twenties when I was working for a few hundred pounds a month; there were times when I didn’t have a home and my life felt very hard. Suddenly, the people in those movements started using the language that I’d brought into them through delivering training to get jobs in NGOs, and so there were a couple of years where I was extremely resentful!

You’ve spoken about pouring yourself into your work. Do you have self-care or collective-care processes?

It’s a work in progress. I think about self-care in the sense of Audre Lorde, who said: “Caring for myself [….] is self-preservation, and that is an act of political warfare.” Recognising that even though I am not a black woman, I can still relate to this; there’s such a high rate of suicide in the trans community, but really it’s murder in a system that wants us dead. Self-care in that sense is being alive. My work is a form of self-care: it’s about educating to dismantle because, in dismantling, people’s lives are saved.

On a more individual level, I try to spend time in nature as much as I can. As a trans person of colour, I can’t imagine not living in a city like London because it just isn’t safe, but I also recognise that being in nature really nourishes me. Earlier this year I posted a picture on Instagram of me topless, and a lot of people don’t know me as trans, so that felt terrifying to me. As soon as I did it, I felt freed. Audre Lorde spoke about this: speaking our truth because our silence isn’t going to save us. That is self-care.