My struggle with self-love in the wake of abuse 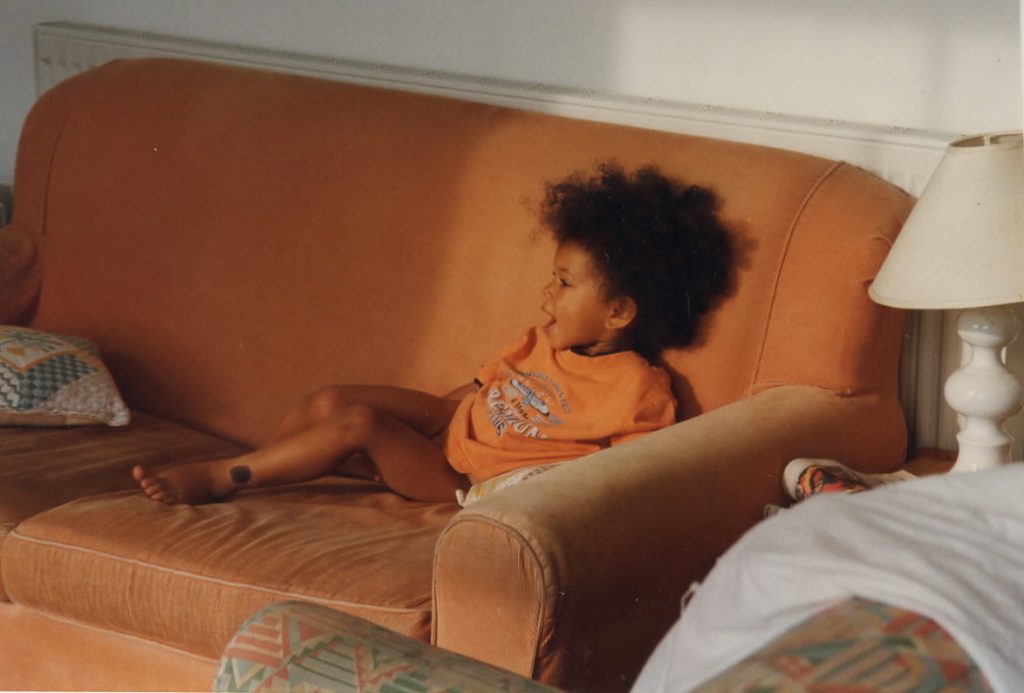 As a pre-teen, I talked constantly, especially in Year 7, where I talked to the point of being kicked out of class at least once a day, left to stand in the hallway and pray my headteacher didn’t walk past. It wasn’t even the kind of talking that meant I had a lot of conversations, I was just talking at people, over people, and sometimes even to myself. It was exhausting for those around me, and if I’m honest, even I was tired of it, left wondering if I would ever shut up just so I could stop getting in trouble.

Parents evening a few years later brought some good news – I was a changed person. In fact, I had done a complete U-turn; one teacher who had taught me previously didn’t recognise me (although I suspect this may have been more to do with the fact I had learned to tame my afro in a way that Year 7 me didn’t know how to). Yet, while this did mean I was listening more in class, my talking habit had turned into a thinking habit. I would get home from school and lay there doing absolutely nothing but thinking.

I began to think about why I was such a talkative child, what drove me, what annoyed me. Was this just the way I was or was I talking to hide something? Was I really overly emotional like friends always told me? What had moulded me into the person I was? I felt like I’d had a reasonably comfortable and happy childhood. Apart from a series of bullying incidents in my last years of primary school, I couldn’t think of anything else to complain about.

The memories drifted back to me over time. I was five years old when my childminder, a woman who had looked after me from six months of age, retired. She was the absolute love of my childhood. I was the only kid she looked after in the years I was there, so I had all the attention I could get my tiny little hands on. My memories of being in her house are just shy of perfection – the dog, the cat, the swing in the garden, her two older children who, to this day, I still speak to. She recently sent me some pictures she found in her attic of all of us out in London somewhere grabbing ice creams. The grin on my face is enough to validate the shimmering gold these memories are bathed in.

I think this juxtaposition is what made the next part of my life so easy to repress. My new childminder, whom I was assured was temporary, would manage to send me home in tears. Not the same kind of tears I cried when I had to leave the first childminder because I didn’t want to go home, no, these were tears of relief because at the end of the day my parents would finally come and rescue me from the hell hole that was, we shall call, Monica’s.

Monica liked to play tricks on me, and she liked to get her children involved too. I remember dirty looks, being pushed around, constant belittling and cruel remarks. I remember always being on the verge of tears, but being far too scared to cry because she would tell me off. The only thing I said to my parents was “I don’t like being at Monica’s”. This was because her threats of disbelief if I ever told my parents of how she really treated me clearly sunk in, and after all, I was only five.

The most vivid memories I have take place in warm weather. One day, Monica had jumped up from the sofa which she hardly ever left, and began screaming and shouting. Naturally, I went to check out the commotion and she told me there was a mouse behind the sofa. By this point, I knew that Monica liked to play tricks on me, so I went over to double check before I fell for it. One quick glance told me there most certainly was a mouse, and Monica told me to fetch her daughter.

After bringing her daughter back, my memory goes blurry, probably because I was hysterically crying. I remember being told off for lying as Monica held up a toy mouse, and her daughter being angry at me for wasting her time. I was so distraught to be caught by another one of her tricks that I remember telling myself I would confide in my parents once they picked me up.

Unfortunately, I don’t think I ever got around telling my parents. Every day I was there, just before I was due to be picked up, Monica would treat me like an angel. I would be given treats for being so well behaved, or get to share things Monica had bought for her own children that she usually wouldn’t let me use like games and toys. I also remember being very fond of her husband, who was the only person who was nice to me. Unfortunately, he wasn’t around much because he was always working. He would get back and treat me the way you should treat child that’s five, so he left me laughing and smiling. I doubt he had much of an idea of how badly the rest of the family treated me in his absence. He acted like a shield, and he helped me forget all the shit they put me through so that I would go home feeling joyful.

Monica wasn’t the only problem either. Her children weren’t kind to me, which I’m sure is down to the way I was treated in front of them. Sometimes they would play with me, but other times her daughter would take me to her room and abuse me, making me take off all my clothes and lay still. I guess it depended on what kind of mood she came home in, on the day she’d had at school, or maybe how her mother was treating her.

After all of these memories came back to me, I was flooded with depression and began self-harming. Although I am now much much better than I was as a teenager, there are still times when I’m overcome with crippling anxiety. I have low self-esteem, I can’t put my head completely under the duvet without feeling claustrophobic, I don’t like it when drawers and cupboards are left slightly ajar, like the ones I used to stare at in the daughter’s bedroom while my mind left my body. I also hate Winnie the Pooh bed sheets.

Can we blame these characteristics I have on incidents from my past? Yes, of course we can. Who knows the person I would have been had I not been emotionally and physically abused by a family who were meant to care for me.

However, after years of reconciling with my soul, we have come to an agreement. My past traumas do not define me. I am whoever I wish to be, and whoever I present to the world now. If you’ve experienced anything like I have, then the one thing you may struggle with is self-love, especially when it seems like other people don’t love you at all. But I implore you to try, try, and try again. Loving yourself is worth the effort.