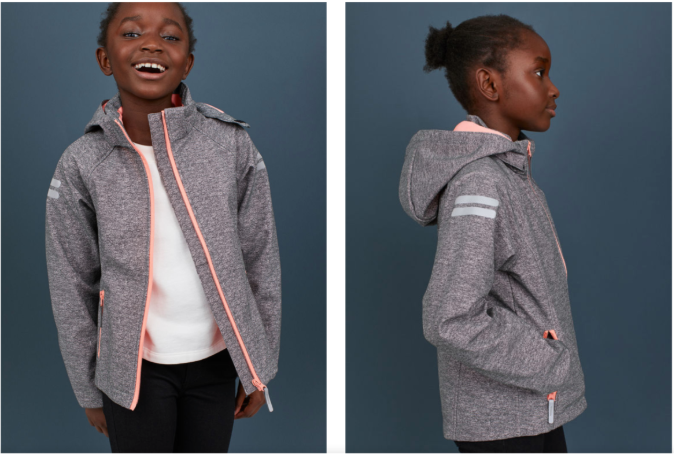 Growing up, I was always told that to look “presentable”, I needed to have my hair done in a certain way. But rather than being an effort to improve my self-esteem, this was a directive to not bring shame on my family, as people would talk. Years later, watching the drama unfold around a young black girl with “messy” afro hair starring in a H&M advert, I was reminded of why I decided to train to be a natural hair specialist and trichologist.

The picture in question shows a beaming young black child who looks like they have spent the day playing with their friends. Her tightly coiled hair is tied up in a little bun, with some hair falling out of the band, and her edges not even a little laid. On Twitter and Instagram, a conversation raged, with displeased users commenting on parental neglect and the gall of a big company to portray natural hair in this way.

Many people, including Lupita Nyong’o’s stylist Vernon Francis, got involved in the conversation – centring on the fact that black talent often has a very hard time during shoots due to the lack of diversity and expertise of style teams, especially in hair and make-up. While this is a valid point, to use the image of the model as a prime example of this treatment really hurt and stirred something in me.

Working as a trichologist I see many parents who are worried that their child’s hair is not growing, unmanageable or hard to deal with and I really try to challenge the perception they have of healthy afro hair. I explain the rate of growth to expect, safe styling options and ways to easily avoid common issues such as tangles and breakage. It seems like every week there is an outcry of students being punished in schools for wearing traditionally black styles such as braids and extensions. But while we push for our natural hair to be accepted, we don’t even seem to accept it ourselves.

“To assess the health of your hair, I need to feel it! I search the strands and scalp for damage which can easily be disguised in pictures”

When I saw the picture, my sentiment was that the little girl just seemed just like a child who had been living her best pre-teen life. I was shocked that people were convinced that her hair was unhealthy, dry or damaged. They were also certain that she had weak edges and that the style was inappropriate for commercial work. It seems that if our hair isn’t slicked back, smooth, stretched or shiny it isn’t good enough for public consumption and that we are still holding a lot of unconscious bias towards our hair.

Children need autonomy over their bodies and should be allowed to choose which hairstyle they would like. Because of my specialism, I can tell you that while a picture is worth a thousand words, you can’t make an accurate judgment in this way, which is why most trichologists do not offer virtual consultations. To assess the health of your hair, I need to feel it! I search the strands and scalp for damage which can easily be disguised in pictures. The biggest factor, in this case, is that afros generally lack lustre, meaning it is not a good reflector of light and can appear dry to the untrained eye. Around the hairline, hair tends to be finer and shorter. This is often misinterpreted as traction alopecia caused by tight hairstyles, but it is very normal.

H&M, who were widely condemned last year for dressing a black boy in a “coolest monkey in the jungle” hoodie, did respond and let us all know that every child included was styled minimally to reflect the real essence of childhood.

There were other little girls in the campaign with looser hair textures who also had “messy” hair. Funnily enough, these girls were not criticised. I find that women with a tighter curl pattern are often pressured to manipulate their hair more and face criticism for wearing natural styles, leaving them open to comments of it being unkempt. Texturism places kinky hair at the bottom of the barrel and this situation shows just how rife it is even within the community. The “concern” for the health of her hair just shows how uncomfortable many are with certain types of natural hair.

Black bodies are always under scrutiny and women like Naomi Campbell, Diane Abbott, Gabby Douglas, Blue Ivy and now this young child, have all been singled out because of their hairstyles. I hope, in the midst of all this, that she and all black girls realise that they are beautiful with long or short hair, laid edges or a frizzy halo. They shouldn’t ever have to change to make anyone more comfortable.