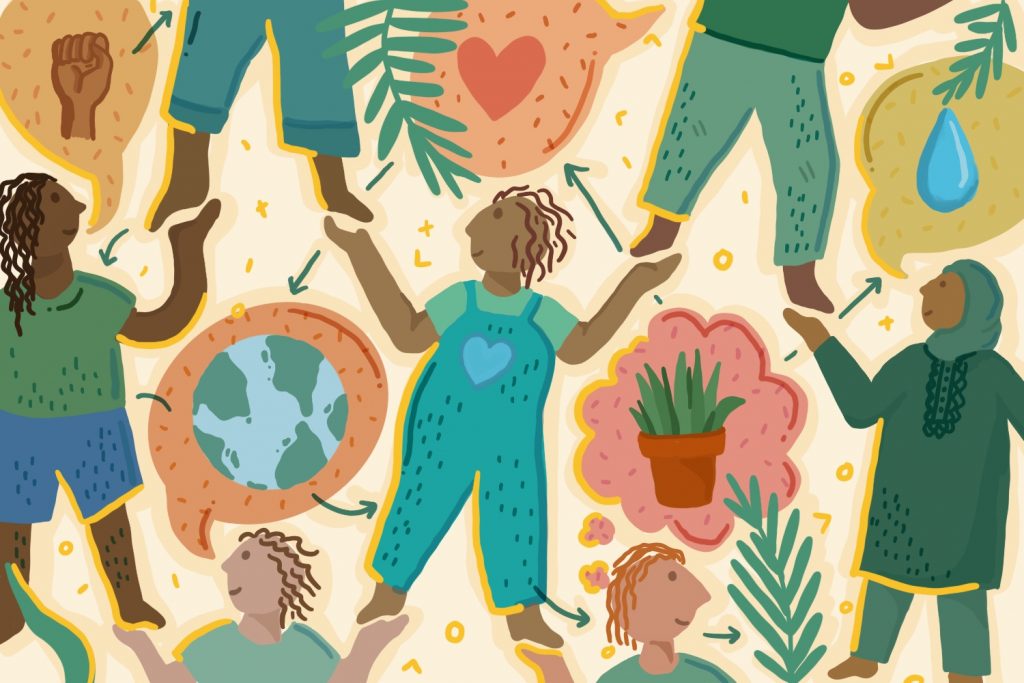 It has been exciting to see Extinction Rebellion (XR), an international movement which encourages activists to carry out non-violent direct action to protest against climate breakdown, pick up momentum both across Europe and in the Global South. However, the tactics used by XR in the UK – an emphasis on mass arrest and engagement with the police – have rightly been criticised for lacking a race or class analysis. With their protests largely on pause, now is the opportune time for XR to reflect on their approach so far, and to really push this movement forward. It is vital to challenge tactics whilst they are still embryonic.

During the last week of the protests, it’s been alleged that several XR activists reported fellow rebels to the police, resulting in immigration checks. Due to unjust laws which allow data-sharing between policing and the Home Office, people who come into contact with the police are at risk of deportation – tearing families apart and removing people to countries that they’ve never known. Without an overarching strategy which encompasses privilege, this approach makes it difficult for people of colour (PoC) to feel safe and supported in white-led movements.

Some @ExtinctionR people got the police involved, accusing a couple of young men of pickpocketing. They have just been searched by police who found nothing. Now the police are doing an immigration check on them. Potential deportation for at worst some petty theft. Well done XR.

There is still time for their messages to be re-framed and for an increasing diversity of people to join. There has been a notable willingness from XR activists to positively engage with these criticisms; for example, individual local groups have reached out to PoC climate activists to learn from them. XR in London held a climate justice workshop and during XR’s General Assembly, a media spokesperson said it is “essential that we platform voices from the global south in future comms”.

Acknowledge the impact of climate change on communities of colour

XR should put this into practice by using their platform, and their considerable funding, to support voices from the Global South and from marginalised communities in the UK. The XR website contains a database of UK-wide networks but there is little evidence of any outreach to marginalised activist groups and trade unions. This could take place to a greater extent by reaching out to existing campaigns and taking the lead from them on local actions.

XR needs to take a much more focussed approach to direct action by targeting institutions that are largely responsible for global climate injustice, for example over 70% of carbon emissions come from just 100 fossil fuel companies. Big businesses often think about climate change as an opportunity to increase their profits – particularly those providing military equipment and border surveillance in the face of “instability and conflict” catalysed by global warming. Indigenous people across the globe are in conflict with agricultural companies and private security firms to stop land destruction. In 2016, NGO Global Witness found that nearly four people per week from indigenous communities were murdered for protecting their land and standing up to mining, logging and agribusiness.

The link between corporate power, privilege and climate change cannot be ignored and it’s vital that XR explore targeted actions which highlight these intersections. Simultaneously, whilst forced migration due to climate change increases, the UK is witnessing the rise of the far-right. Our immigration system continues to be extremely hostile to both documented and undocumented migrants, and directly causes racial discrimination for people of colour living in the UK. The West has had a huge impact on the lives of those from the Global South whilst closing their doors to those who migrate.

Recognise the role of colonialism in environmental degradation

Last week, XR activists staged a die-in at London’s Natural History Museum protesting in the name of species extinction. XR could carry out similar actions which highlight the relationship between climate change and British colonial history, for example at the British Museum, which is a treasure trove of colonial-era loot. The British Museum holds artefacts like the Gweagal shield – stolen from Aboriginal communities in Australia during first contact with Europeans. Those same communities are still protecting their ancestral lands whilst elevated temperatures caused by climate change put them at higher risk of disease, without sufficient access to healthcare.

XR must begin to proactively work with migrant’s rights groups, decolonisation groups and anti-racism activists, like Black Lives Matter, Migrants Organise and Decolonising Our Minds Society, to challenge far-right narratives and ensure that opportunities like this are not missed. Ensuring that affected communities are actively included in any movement is central to its success.

Act in solidarity with PoC groups and give up space

Key upcoming events such as the US presidential state visit to the UK could provide a crucial platform to bring these strands together, and XR have the capacity to utilise political moments like this to broaden out their message. Guppi Bola, who organises with Wretched of the Earth, a collective of grassroots Indigenous, PoC led organisations representing diaspora from the Global South to demand climate justice says: “Let’s use the momentum of the climate strikers, the Green New Deal and XR to get the kind of action that embodies inclusiveness and solidarity”.

These suggestions are rooted in a position of deep solidarity with XR – the challenge of tackling climate change is so great that we must stand together. We will do that best if we can have these conversations with honesty and humility. Collective action can work, but for any movement to be effective it must be nimble and able to accept criticism which hold it to account. XR must make fundamental changes to the way they organise, and there is huge hope that that they will have the reflectivity to do so – and are doing so already.