To hijab or not to hijab: how I decided to wear it, and why I sometimes wish I didn’t 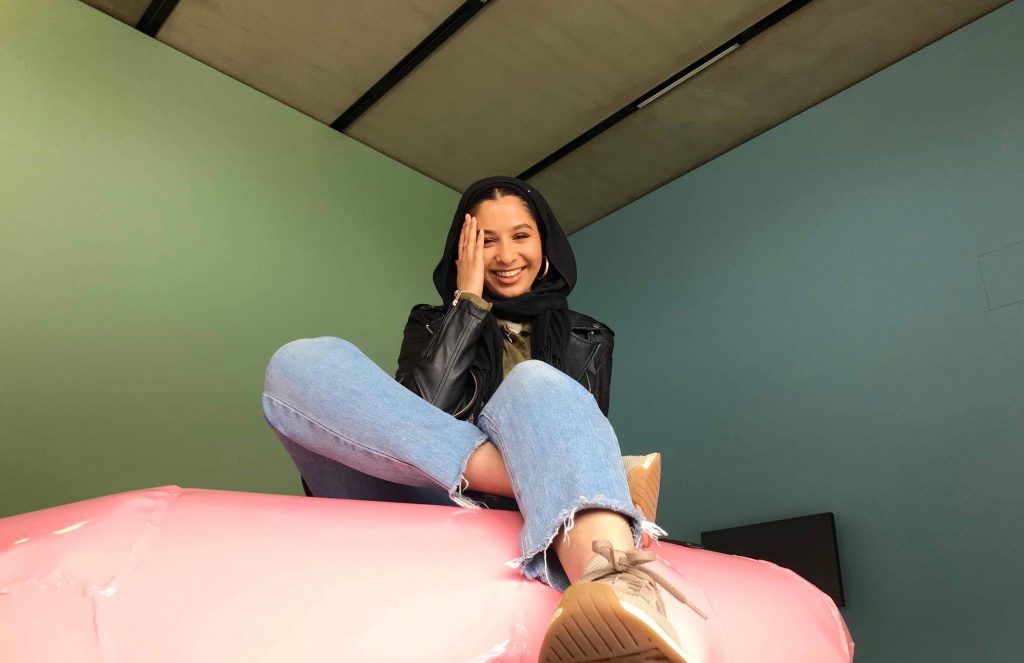 We are currently at the end of the month of Ramadan, which is a time when Muslims fast from sunrise until sunset as a way to gain a closer connection and consciousness of God. That means no food, drink, smoking or sex during daylight hours (no, not even water). This is also a time when a lot of Muslim women will try to wear the hijab.

I started wearing the hijab during Ramadan around five years ago, as a way to grow closer to my faith. I wear it as a form of worship and because I feel it helps me to stay away from what is haram (forbidden), and strive for what is good and halal (permissible). Personally, I also see wearing the hijab as a feminist statement – by dressing modestly, I am rejecting societal pressures on women and inviting people to judge me based on my character, over my body. As a whole, Muslim women wear the hijab for a plethora of reasons and everyone’s relationship and journey with the hijab is different. Mine, in particular, wasn’t particularly smooth sailing.

I come from a family where women where don’t strictly wear the hijab every day, apart from culturally or when engaging in worship, and my choice to start wearing it was met with uncertainty and fear by my mum. She worried, and still worries, about how others will perceive me and how my safety can be compromised by wearing the hijab. Growing up in a town that lacked diversity made my decision to wear the hijab even more complicated.

When I returned to my final year of school wearing the hijab, I remember being asked by a classmate “why have you got that thing on your head?” and being asked by another “when did you convert to Islam?” despite being born Muslim and knowing him for years. As Muslim women, the visibility we have through wearing the hijab undoubtedly put us at higher risk of Islamophobic violence, and even things as simple as the strange looks I receive on public transport or in the street on a daily basis can be difficult to deal with and make me question my choice.

Right-wing white nationalist groups like the English Defence League and Britain First were prominent in my area, so I definitely had times when I worried about my safety and I would be lying if I said that I didn’t consider taking off my hijab for this reason. I felt this way particularly after the horrific terrorist attack in New Zealand, where 51 Muslim worshippers were killed as they partook in Friday prayers on 15 March 2019.

Wearing the hijab can also mean that people judge you solely based on one garment; I’m known as Furvah the hijabi, or Furvah the Muslim girl and not much else, which can be frustrating at times and means that people can make assumptions about me without speaking to me. Plus, I definitely struggle on those days where my hair just looks so damn good underneath.

However, when I feel this way, I just try my best to purify my intentions and remind myself of why I wore the hijab in the first place, which helps ease any uncertainty I feel. I tell myself that I don’t wear it for anyone else, it’s for me and my relationship with my Creator. Also, the increased representation of Muslim women in the media can definitely serve as a morale booster, as seeing yourself represented on your screen or pages makes things that little bit easier. Seeing women like Halima Aden walk the runway, or Iman Meskini on my TV screen or Ugbad Abdi’s magazine covers has definitely empowered me, put me at ease and reminded me that wearing the hijab is in no way a halt to success, but rather an encouragement.

It should go without saying that a Muslim woman’s autonomy should be valued, that her relationship with her Lord cannot exclusively be defined by whether she wears the hijab or not and her choice to cover or not to cover should never become a source of judgement by anyone (particularly men, in my opinion).

The hijab, for me, is a religious and spiritual journey and it serves as a daily confirmation of my strongest belief, the oneness of God. Although I struggle to wear it sometimes, I can’t really imagine life without it now and it has definitely become a big part of my identity and who I am as a person, which I don’t think I mind too much. Plus, being a Muslim woman means being a part of a worldwide community, which isn’t always the sisterhood it should be but, nevertheless, feels like home to me.