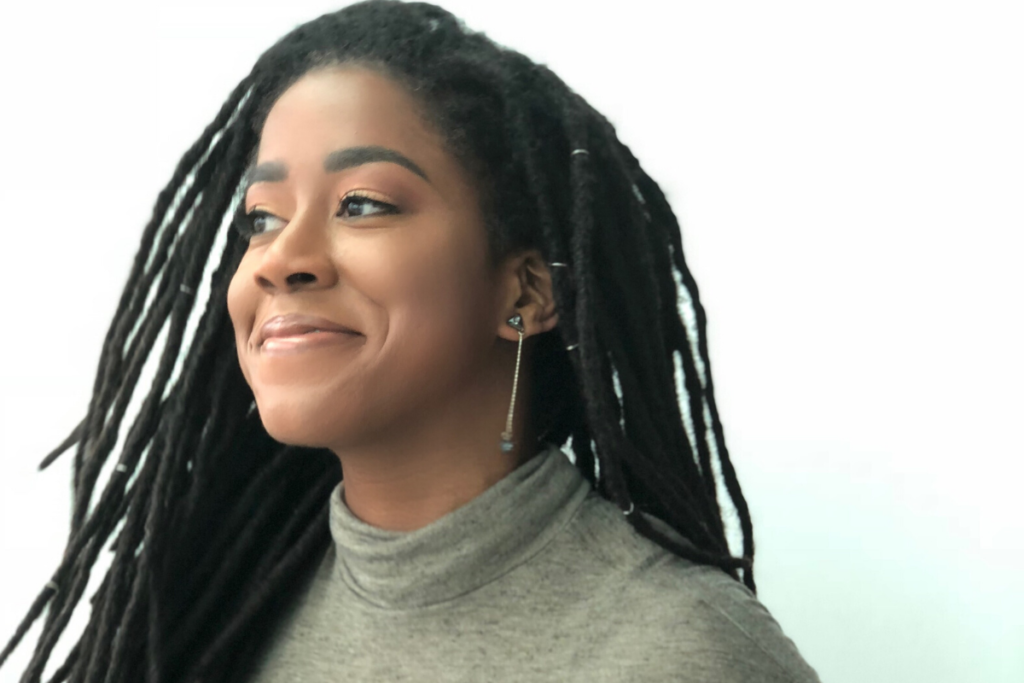 The 26-year-old’s books currently sit at number one and two of the New York Times best-seller list respectively. Here, she talks us through the newest of her Nigerian novels.

The Legacy of Orïsha series makes the Hunger Games look like a Dr. Seuss story. The books, written by Tomi Adeyemi, are fantasies inspired by her Yoruba heritage, where love triangles jostle alongside cinematic battle sequences and colourful feats of magic in a kingdom in Nigeria. With all its rich complexity how does she map out each book? “The first thing I know with every book is who makes out.”

She’s chatting with me over the phone from her San Diego apartment, her voice husky from a gruelling week of touring. The previous day, news broke that her brand-new sequel Children of Virtue and Vengeance and her debut Children of Blood and Bone sit at No.1 and No. 2 of the New York Times best-seller list respectively.

The 26-year-old Nigerian-American’s first book follows the adventures of Zélie, her brother Tzain and rebel princess Amari who are on their quest to bring magic back to the persecuted maji minority who live in fear of an oppressive monarchy. The Black Lives Matter movement was at the forefront of Tomi’s mind in Children of Blood and Bone, which she describes as an “allegory of the modern black experience.”

In Children of Virtue and Vengeance, magic is back with unintended consequences. The maji minority have their powers back but so do the nobility. A bloody civil war ensues and Tomi writes unflinchingly about violence, grief, trauma and war crimes. But if magic won’t save Orisha, what will? “This is what the squad have to figure out…It’s about the harsh reality of waking up and realising that these issues are bigger than magic.” She’s referring to the depressing reality that systems of oppression do not just change overnight. Issues such as racism, Islamophobia, homophobia and capitalism are structural. “They’re bigger than whoever’s sitting in administration, they’ve been built that way and they’ve been optimised for centuries.”

So it’s no surprise that Tomi is at her most animated when she discusses representation. “I wrote white characters in my fantasies for 12 years as a child because I never saw someone who looks like me. I spent more time erasing myself from my imagination than being an active participant in it, that’s why I am so aggressive about representation.”

She still gets very emotional when she sees small children, especially little black girls, reading Children of Blood and Bone. “I am writing in part to heal the little Tomi. So she doesn’t spend 12 years alone in her room writing stories about people who don’t look like her,” she adds.

And representation is important to her across marginalisations. When I ask her if there’s any hope for Zélie and Amari shippers she turns serious. She doesn’t have time for queerbaiters. “People will get their answers in the text…I want to respect you and be explicit about that. I don’t want you to have to reach, or pull or theorise, it should be really clear.” She relates this to her own early hunger too see herself in books, “This stuff really matters. This is how people see themselves. It’s how they understand their place in the world so you can’t mess around with it.”

The film adaptation of Children of Blood and Bone will take the same attitude towards diversity both on and off-screen. It’s being made by Fox and Lucas Films and has already nabbed Dope director Rick Famuyiwa and “several Nigerians” for the project. The movie is particularly exciting as it might be the highest-profile yet given to the Orisha, Yoruba spirits and gods, which have influenced pop-culture in works as diverse as Afro-French Cuban duo Ibeyi’s albums and Donald Glover’s new film Guava Island.

Tomi agrees: “It’s cool to see [the Orisha] peeking out in different places and people getting more and more exposed to [them]. I think that’s what makes me so excited for the film, it’s so magical and so colourful. It’s so important to see blackness depicted as sacred.”

There has been a lot of contention around the casting of black women this year, from issues of colourism in the casting of Raising Dion to the erasure of African-American actresses for the lead in Harriet Tubman. But Tomi isn’t worried about this adaptation, “It’s such an incredible team. It’s [full of] people who genuinely want to get it right from a place of passion. But also people who know the cost of getting it wrong.”

And nowhere are the costs of getting things wrong so sharply felt as in Young Adult fiction. It’s become a flash-point for so-called ‘cancel-culture’, where readers and authors rally on platforms like Twitter and Goodreads to call out authors on insensitive content in their books. There have been numerous controversies around authors who write about marginalised communities, particularly those they don’t belong to. Chinese-American author Amélie Zhao’s debut novel Blood Heir was most recently on the receiving end of this backlash, with criticism of anti-blackness for its handling of slavery. Tomi stresses the need for nuance in these conversations:

‘‘That author wasn’t writing about black people…She was writing about human trafficking which is rampant in China, because of the nature of Twitter she was basically crucified for something she didn’t even do.”

Tomi is dismissive of cancel culture in general: ”[It] isn’t an effective tool because it’s not even enforced.” She laughs, “I’ve been cancelled. It would be something worth discussing if it was a unified social force and you could see the financial losses…it’s not real.”

Using Twitter sparingly has allowed her to steer clear of the worst excesses of online discourse. Tomi is incredulous when it comes to diaspora wars. “Why are you fighting?” she asks, baffled. The divide between ostensibly similar groups that characterises diaspora wars is present in Children of Virtue and Vengeance, with infighting in the resistance between the newly-magically empowered noble defectors and maji with ancestral magic. The question of what right one has to embrace a heritage that is at a remove from oneself is raised. These tensions surface when Tomi defends using the Vietnam War rather than the Biafran Civil War as inspiration when writing about conflict in the novel. Historical specificity is not the point for her: in the sequel her focus is on the very human costs of war, a “pain that is not specific to the black identity.”

Ultimately for Tomi, it’s more important to focus on what unites black communities than what divides us. Like when she meets Ghanaian and Nigerian readers, “We’ll make a joke about jollof rice, but everything else is the same. It would be ridiculous to seriously feel a sense of separation for a line carved in a land that doesn’t even exist.”

From the outside looking in, Tomi is living a charmed life. In the three years since her debut she’s been name-checked on Beyoncé’s Instagram, appeared on national talk shows and toured internationally. But she speaks frankly on the realities of her success.

“You follow your dreams because everything sucks. Working sucks, so you might as well be miserable in something you actually enjoy or actually care about”

She doesn’t give specifics, stressing that she prefers to focus on the positive – the “Fenty Gloss Bomb bits of her life” as she puts it – but it’s clear that she’s been through a lot. Children’s publishing, which she describes as “the ugliest part” emerges as one of the more brutal arenas she’s had to navigate.

There is a stark lack of diversity in both the make-up and output of the US and UK publishing industry. In the USA, a recent study found that more children’s books had animal protagonists than Black, Latinx, Native American or Asian characters. Meanwhile in the UK, despite the majority of publishers being concentrated in London, only 11.6% of publishing’s workforce identity as BAME, much lower than the BAME population of London which is 40%.

“We need to stop glossing over these issues. That’s just leaving the next crop of authors unprepared. It only changes when we speak up,” Tomi concludes. But I’m left wondering how far representation can really go in the face of stark structural inequality.

Faith, friends and family have all helped with centering Tomi, and are incredibly important to her. She hasn’t incorporated Yoruba spirituality into her life yet though. “I’m still waiting to be in a place long enough to get a reading. I feel like I’m going to be connected to Yemoja even though I have obvious affinities to Oya.” She feels closer to her grandparents, who passed before she was born, when she’s writing about Orisha. She’s constantly encountering coincidences that make her joke that “my ancestors are writing through me.” Just last week she discovered that her grandmother’s maiden name has maji in it. It’s this profound connection to her community and heritage that keeps her going. “I think it’s not just necessarily an African thing,” Tomi pauses, “it’s a melanated thing.

She concludes: “We draw power from those who came before us. We don’t just think we’re a person or a life, I’m standing on the backs of all these people. One day someone’s going to stand on my shoulders.”