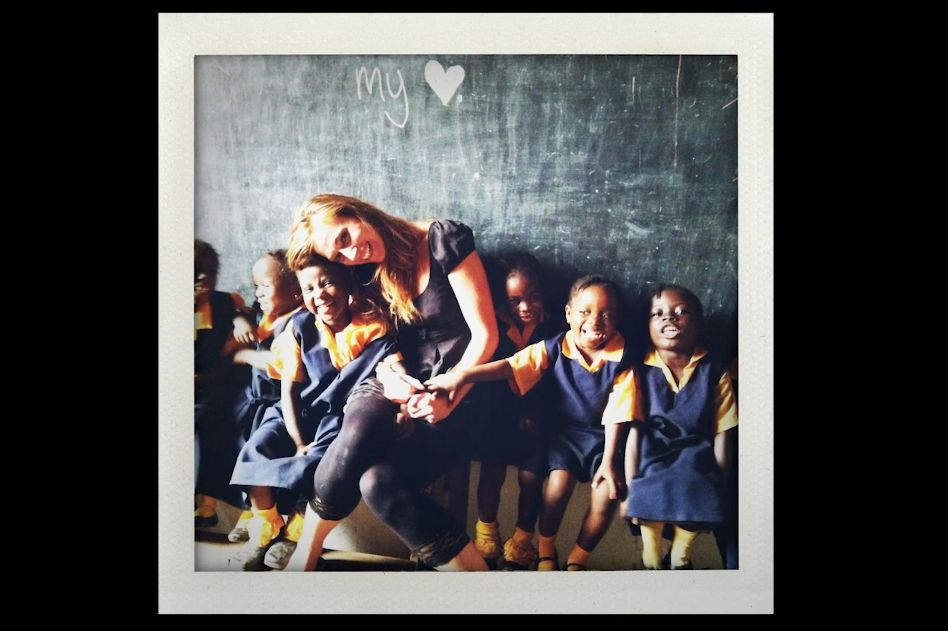 American charity More Than Me has come under scrutiny  after an investigative documentary, Unprotected, was released online by ProPublica, in October 2018. The film details the way in which the Liberia-based charity  handled abuse claims made by young, girl students, against Macintosh Johnson, a Liberian co-founder of the charity. The charity was founded and run by US citizen Katie Meyler. The film highlights the failings of Meyler and her team serve as a stark warning against white saviourism in Africa, and should be a lesson to us all about whom we entrust to deliver on educational reform in the Continent.

More Than Me Academy opened on 7 September 2013  – Katie Meyler’s 31st birthday. Set in the crowded slum known as West Point, in Monrovia, Liberia’s capital, the Academy aimed to provide safe and free education for young women. But details of Johnson’s abuse surfaced in early 2014, with many girls coming forward with accounts of sexual abuse that had begun four years prior at his house, the charity’s original headquarters.

Meyler’s charity had wanted to save these girls from exploitation, but instead ended up perpetuating it. The young woman from New Jersey had worked hard on her altruistic idea; she raised $8million for her charity by rubbing shoulders with glitterati like Warren Buffett, and the former US President Barack Obama. Meyler was even nominated as “Time Person of the Year” in 2014 for her visible front-line charity work during the ebola crisis in Liberia, which she documented on her Instagram page.

Poverty, hunger, and a range of complex and systemic issues that were worsened under colonial rule, can be solved in simplistic and ahistorical ways by a white saviour. All it takes, we’re told, is the right dose of enthusiasm.

The beautiful story of the American girl who had come to save Africa from its plight captivated the world. And this is a narrative that many of us enjoy revelling in when it comes to Africa. Here, poverty, hunger, and a range of complex and systemic issues that were worsened under colonial rule, can be solved in simplistic and ahistorical ways by a white saviour. All it takes, we’re told, is the right dose of enthusiasm.

This is the backdrop against which Finlay Young’s investigative film for ProPublica is set. Young, a Scottish freelance journalist and legal consultant had observed the charity since its inception from a careful distance. He lived in Liberia from 2009 to 2012, and conducted an investigation in partnership with freelance photojournalist and documentary filmmaker Kathleen Flynn. Unprotected is comprised of 80 interviews, and thousands of police, charity and court documents. And it makes for a harrowing watch.

We learn that both Meyler and her team had been previously informed of the rumours around Johnson’s sexual abuses, yet chose to keep him involved in the charity. The documentary similarly reveals that Meyler had romantic involvement with Johnson, even after she learned of the worrying allegations.

The documentary also depicts that teaching experience wasn’t necessary for positions in the More Than Me Academy, and that Meyler herself had no formal background in education. She is also seen consistently diverting blame onto Liberia’s culture. In one interview Meyler retorts: “Do you know what kinds of backgrounds these girls come from…This is Liberia. This is a different way of operating”. The school board would go on to excuse the school’s lack of accreditation, calling the Liberian system a “mess”. But of course this simultaneously positions More Than Me as a superior alternative, simply because it was founded by well-meaning white Americans.

The documentary is uncomfortable and infuriating: we listen to the charity’s neo-colonial and paternalistic rhetoric, as insight from a Liberian school nurse and several interviews with young Liberian abuse victims form the narrative. Those involved in the charity often resort to simplistic moralisations and explanations of their wrongdoing, but in doing so, deny the complex socio-economic difficulties that exist in a country which just 14 years prior suffered a lengthy civil war.

This level of corruption and abuse is a prevalent discourse in the charity sector. African communities are perceived through imperialist eyes and in this case, Liberia is the savage land of colonial imaginings, a place where chaos and poverty are normalised.

We also see how Meyler’s social media was problematic and exploitative, sensationalising the lives of ebola victims and young women for her own personal gain. The film reports how girls were seen at sleepovers with Meyler and Johnson, with TIME reporting that these students were photographed at parties with Western expatriates. Meyler’s own recklessness was informed by a mentality of victimhood whereby Africans are still perceived as recipients of second-rate treatment, but she later claimed her short-sightedness was because she simply “didn’t understand” the culture.

This level of corruption and abuse is a prevalent discourse in the charity sector. African communities are perceived through imperialist eyes and in this case, Liberia is the savage land of colonial imaginings, a place where chaos and poverty are normalised. In the documentary, Meyler argues that her influence out-weighed any bad in the More Than Me Academy. At the end of one interview, we hear her ask: “Where is your school? Where is your scholarship providing health care, or anything for these kids?” Often with no qualifications, or accreditation, foreign do-gooders continue to be glorified as the necessary agents to mobilise the passive African. Yet, as countless stories have told us: this is a naïve and infantilising illusion that ultimately does more harm than good.

Of course, Liberia’s own system of school privatisation has suffered considerable criticism, as government officials are often susceptible to foreign influence. Stories of missing funds were part of More Than Me’s legacy. And the Liberian president gave Meyler his blessing as she designed her Academy in his country. Ultimately though, it is the West which helped finance a naïve and under-qualified woman who did not have the tools or the understanding of a community to justify her intrusion within it.

The continent remains a place for Western fantasies of heroism, saving and altruism. Anyone can help, but charity can end up becoming self-serving. In the case of More than Me, not one of the charity members returned to Liberia to testify against Johnson when he was arrested. Although he later died of HIV, the school also failed to provide appropriate medical support for all their students. The girls who Meyler had vowed to protect were abandoned. This is a story that exists within a greater framework of aid mentality and victimhood. Today, Liberians are standing up for their country and demanding justice against Meyler and her board; they personify the antithesis of the passive African.  But no matter how well-intentioned African aid may be, it is vital we challenge the dominant neo-colonial narrative, before we allow the West to perpetuate any more damage.