What it’s like being black in the Scottish Gaelic community 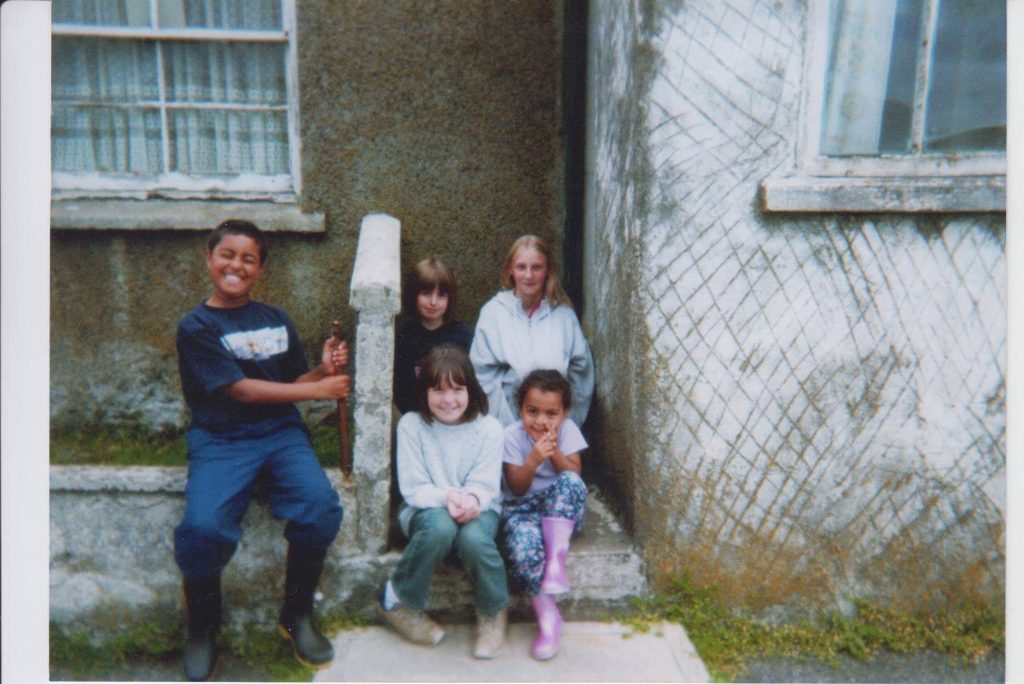 In Scottish Gaelic, to ask where someone is from you ask Cò às a tha thu? – which roughly translates as who are your people?

Most of Scotland’s Gaelic speaking population are based in the Highlands and Western Isles, a smattering of islands to the top left of the mainland. Gaelic is considered an endangered language, with a speaking population of around 60,000 according to the last census. Scotland’s relationship with the Gaelic language is fraught and self-destructive, from the legacy of the ethnolinguistic genocide of the Highland Clearances, to the modern-day upward battle to restore the language in mainstream Scottish society. But like wider Scotland, the Gaelic world projects an image of post-racial homogeneity and fails to address the whiteness that stifles the community. This means that speakers of colour are pushed to the fringe and regarded not only as uncommon, but abnormal.

My dad is from Ethiopia, and my mum the Isle of Lewis, the largest island in the Outer Hebrides. Both of her parents spoke Gaelic as their first language, but it was during a time when the language was suffering from centuries of efforts to centralise Scotland. When we started at a Gaelic school, my grandmother was delighted. We could have conversations with her in her mother tongue, or sing traditional songs for her from her youth. Having a grasp of the language became crucial whilst she was in the throes of illness before she died, as she struggled to communicate in English. The moments I wish I never learned Gaelic are stopped in their tracks when I remember how vital it was to our relationship. In these moments, I’m grateful for knowing Gaelic, and proud that I could connect with her in this way. But this pride I feel for honouring my family often comes at odds with my experiences in the community.

“We could have conversations with her in her mother tongue, or sing traditional songs for her. Having a grasp of the language became crucial whilst she was in the throes of illness before she died”

When my grandparents were at school, the language was thought of as primitive and pupils were punished for speaking it, a lingering commandment of British imperialist rule.  Most people with Gaelic-speaking relatives know the stories of being silenced and indoctrinated, beginning with the Highland Clearances in the 18th Century, and the legacy of this heritage influences the community today. I was able to speak Gaelic because of Gaelic Medium Education (GME) — a school system in Scotland which enables pupils to be taught mainly through Gaelic, with English taught as a secondary language. This system was designed to begin the process of reviving the Gaelic language in Scotland. GME simulates a monolingual environment for children to learn and speak the language, even if their families don’t use it at home. As of 2018, there were just over 4,300 pupils in GME. As it stands, there is no real data about how many Gaelic speakers of colour there are in Scotland.

Looking back at my time in GME is strange and difficult. With just over 1% of Scotland’s population speaking Gaelic, its cultural significance is not felt by the mainstream. Many people do not feel that the language belongs to them, or that they belong to it. In the close-knit hub of a Gaelic school, pupils were made to understand the cultural and historical implications of the language. The collective narrative was that the schools were doing vital restorative work to revive the Gaelic culture.

I attended GME for primary school and then took Gaelic as a language at secondary school. Excluding my own siblings, I think I have met around six or seven Gaelic speakers of colour, a figure that I hope is changing with the expansion of Gaelic schools in Glasgow and Edinburgh. Earlier this year, Rosemary Goring, co-editor at the Scottish Review of Books declined requests by the government to diversify their organisation, describing  Scotland’s BAME profile as one that is “at best patchy and in some cases negligible”. This attitude rings to the core of Scotland’s delusional sense of homogeneity, one that centres whiteness and erases everyone else. Scotland is a pressure cooker of white fragility, and the Gaelic community bends to its influence in order to preserve space for themselves.

This world was the first of many white spaces I would have to navigate as a black person, and like many young kids, I didn’t understand it at all. For a long time, I couldn’t quite articulate my discomfort in the classroom. I don’t think many Gaelic teachers are prepared to have pupils of colour in their classroom, let alone understand what that means for the students themselves. I remember one art lesson we were trying to make clay portraits of ourselves and my teacher gave me a lump of greeny-orange clay, after several attempts to find supplies similar to my skin tone. My clay sculpture looked like a martian, which, looking back, is quite funny. But there is an insidious side to white ignorance; when your caregivers don’t know what racism really looks like, how can they support you?

As an adult, I have tried to push myself out of my comfort zone and attend Gaelic functions, ceilidhs and socials. In these spaces, I am seldom approached, assumed to be a friend of a “real” Gaelic speaker and treated like an exotic plus one. I felt confused as to why I was expected to feel a kinship with these people who so often regard me at a distance or ignore me completely.

“I don’t think many Gaelic teachers are prepared to have pupils of colour in their classroom, let alone understand what that means for the students themselves”

The GME curriculum also reflected a vacuum of whiteness during my time within it. When I was at school there was a limited repertoire of Gaelic books suitable for young people, and a famous one that did the rounds at my school was An Duine Dubh (literal translation: The Black Person) by Iain Crichton Smith. As a black person myself, I had little expectation of the story – at the very least, I thought it would be a story that in someway featured black people. This was the first, and perhaps one of the only Gaelic books I read where a character of colour features prominently. But it’s actually about a travelling South Asian salesman who visits old biddies in their villages, selling nylons and tablecloths. He’d learned some Gaelic, which the characters find amusing. Overall the story is locked to a white gaze, observing the foreigner with spectacle and frankly degradation. That he is referred to as a black person shows how little visibility people of colour have in the Gaelic language, and by extension, the community.

There is not a colloquial term for “white people” in Gaelic – I had never heard any of my Gaelic teachers, or anyone else in the community describe themselves as white. Words like dubh are attributed to non-white ethnic groups, just as the salesman in the story was labelled. And perhaps dubh was the only word accessible to me or my family, attributed to non-white ethnic groups – just as it was attributed to the South Asian salesman in the story. This speaks to the way in which language can ignore the nuances of race and identity – and position white people as the default, and everyone else under a blanket of abnormality.

When I think of the Gaelic community now, I think back to my younger self, with few friends who understood me, and no language to articulate the isolation and racial hierarchy within the community. Gaelic history paints its speakers as an oppressed group struggling under the weight of British imperialism. I hope for a future where the Gaelic community reflects, learns and reaches upwards for more inclusive measures in its institutions. For Gaelic to flourish and integrate fully into mainstream Scottish society, the community needs to embrace its speakers of colour, and address the inherent white fragility that bubbles under the surface of its psyche.