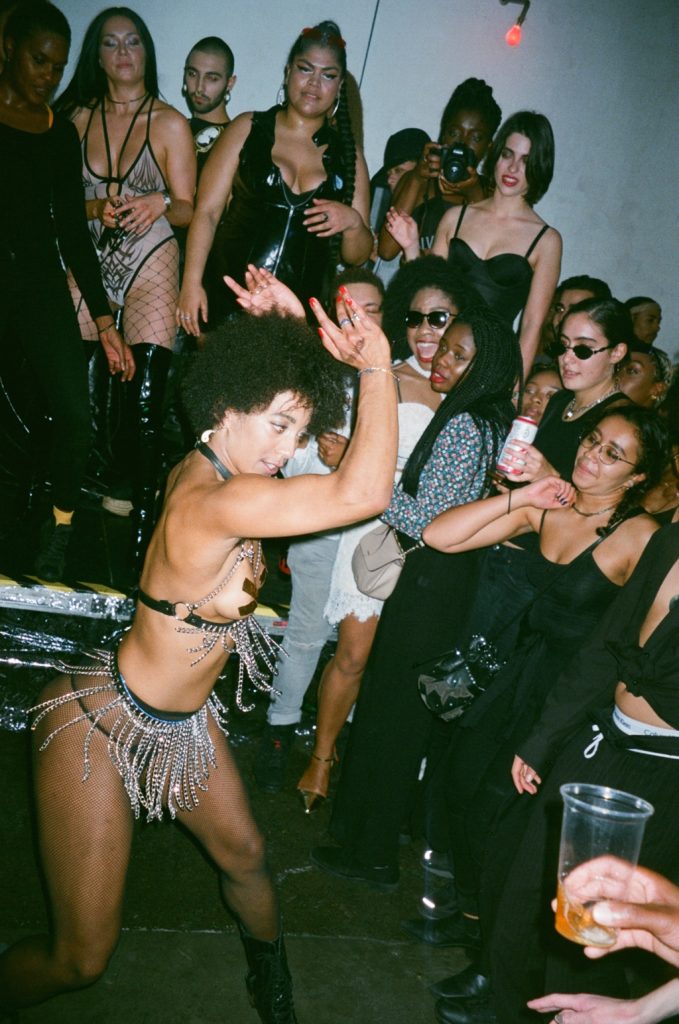 As soon as I heard the word Lesbiennale, I was sold. Who doesn’t love a bit of wordplay? It’s reminiscent of the art world exhibits like the Venice Biennale, but promises to be more fun, mostly because this event is an ode to queer creativity, sex workers, sex positivity and community.

Yet when co-curators Naeem Davis and Nadine Artois (co-founders behind art and nightlife juggernauts BBZ and Pxssy Palace) were first approached by Boiler Room 4:3 with the name in tow, they weren’t immediately convinced. “Firstly we were a bit like ‘ugh’ no, we’re very queer, very non-binary,” says Naeem. “And then we though actually we’re the biggest lesbians ever, like what are we talking about, let’s reclaim the word.”

In a statement, the organisers wrote that the festival acknowledges that “dykes are not a monolith but in fact a gorgeous nuanced mess”.

Naeem explains: “We’ve noticed that a lot of the queer-centric movements around the world, whether it be in food, dance, music, film, were being dominated by femmes, queer women, and women-identifying people. We had such an incredible network of dykes and lesbians creating incredible work that it was a no brainer.”

Given the themes in the film, Nadine says they began curating a group of likeminded artists who share the same ideology around lesbianism. “It’s an identity that we can play and flirt with it’s not strict, boxed in and fixed,” they explain. This effervescence is palpable in the programming. From panels with vital voices such as gal-dem contributor Kuchenga and drag artist Wesley Dykes, film screenings, erotic readings, a video exhibit featuring the likes of Victoria Sin and Rene Matić, a club night, to sex-positive performances this ongoing art project disrupts the dominance of cishet white men who still receive the most acclaim and support in the arts.

Naeem adds: “Usually (the way art institutions interact with the queer community) feels very one in one out and resources are a myth. We’re trying to deconstruct that institutionalised feel so people can step into a space enlivened by performance and be celebrated.”

This isn’t the first time that Naeem and Nadine have collaborated. Earlier this year BBZ and Pxssy Palace threw a party to raise funds for Naeem’s top surgery. Their alliances have naturally formed as both entities continually devote time and resources to providing space for queer people of colour. “And to be honest, I don’t think Pxssy Palace would be able to do the things that we’ve been able to do without having someone else in the same field as us to bounce off for feedback, and for support.”

The biggest takeaway from this festival will be community, but you will also be able to buy merch as a keepsake on the Boiler Room store.

Lesbiennale takes place in various venues across London between 8-10 October. Find out more information around times and tickets for events here.