Why black women should start affirming their little sisters 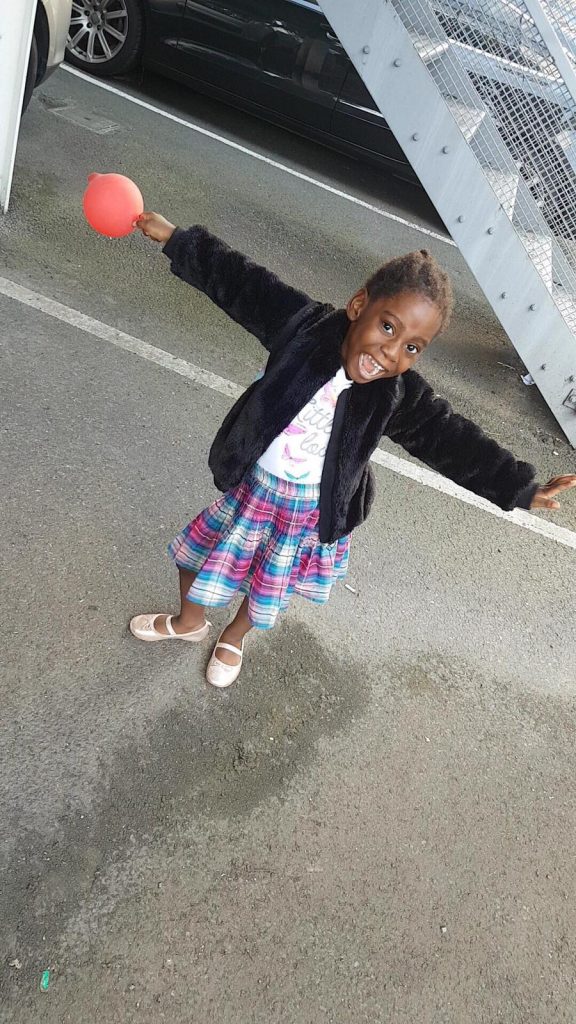 When Nissie-Grace Mbenza’s five-year-old sister Elisha came home from school one day and said that she hated the colour of her skin because her white friend told her that only white children could eat the “nicer food” at lunchtime, she knew exactly what to do: affirmations.

“I started giving my sisters’ affirmations two or three years ago when my other younger sister told me that someone called her the n-word on the bus. She was really upset,” 21-year-old Nissie told gal-dem.

Nissie wanted to give her sisters a clear sense of self, something she felt she was lacking when growing up. “I wanted to give them the confidence to stand up to people, but also know that whatever they do hear from racists isn’t true,” she explained.

Nissie experienced racism and prejudice “because of my hair texture, the size of my lips, the size of my nose, and even sometimes from black kids as well because you get brainwashed into having the same mindset”. She would brush it off, but as she’s grown up and learnt how microaggressions and racism works, she now feels she can be there for her sisters.

Her affirmations go beyond race; Nissie wants her sisters to “achieve a sense of self-worth and confidence not just in their skin colour but in who they are as people”. She tells them that they are smart, kind, beautiful and that they can do anything they put their minds to.

To Elisha specifically, Nissie tries to dispel all the stereotypes she may be starting to see in her environment at school in Thornton Heath, South London. And when she found out about the racism that Elisha had experienced that day, she decided to make a video of her affirmations.

My little sister just told me she hates her skin because her white friend told her that only white kids can eat the nicer food at lunchtime???? She’s 5. I was shocked because I’ve been instilling self love in her since she was 2 – so I reminded her who she is ❤️ pic.twitter.com/BssdjQnFtU

“That particular video was to remind her. We have these conversations all the time,” said Nissie. “Whenever there’s an issue, ever, she just comes and tells me. There was an incident previously where someone was making fun of her hair texture and she had the confidence to come and tell me. The day I posted it was when I found out about the whole thing.

“I sat her down and explained to her that there are some people that are just mean and hold views that aren’t necessarily true. We can’t allow ourselves to be shaped by that.” They have also spoken about friendship and not playing with that particular child anymore. Nissie reported the incident to the school.

Nissie decided to share the video online because she felt people needed to see the damage that black women end up with from their experiences growing up.

“We can be affected by these things way before we understand what’s going on. I needed them to see that there are positive ways of dealing with this and I wanted them to regain confidence… The response was amazing because many people could empathise or had gone through similar things.”