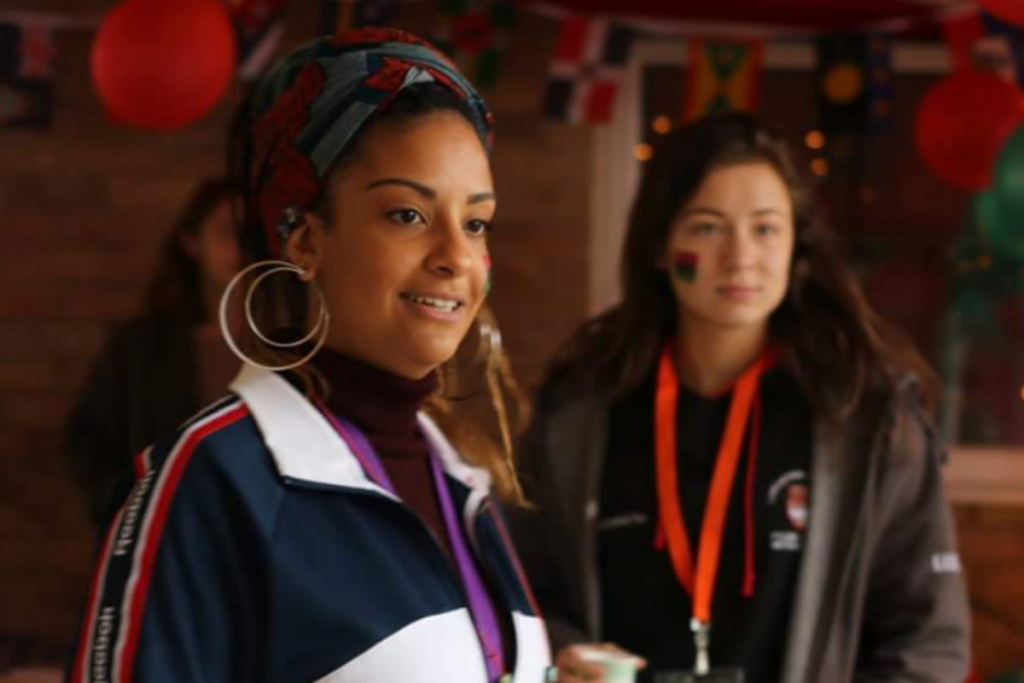 At the end of October, it was found that universities are failing to address thousands of racist incidents on campus. Figures showed that as many as ¼ of students from an ethnic minority background had experienced racial harassment since starting their course. While the study has rightly been criticised for equating the experiences of students of colour and white students experiencing so-called “anti-white sentiment”, it did further evidence what many students and staff of colour have been voicing for years – that institutional racism is prevalent on campus. As a former elected student officer and researcher, I believe that now is the time to bring that conversation to students’ unions (SUs).

I first engaged with my former SU as a student, in the belief that these institutions, which first appeared in the UK in the 1860s, were inclusive, open spaces, where I could work with like-minded people who were passionate about strengthening equality and liberation. I became the Vice-President Welfare and Community Officer at Lancaster University Students’ Union and I was keen to embed racial justice in the academy. However, what I didn’t realise is that I’d be fighting a war at my university and in my students’ union. My previously held beliefs quickly disappeared, as when it came to race equality, the silence was deafening.

I found myself confronted with racially charged microaggressions, intellectual belittling and, as the adage goes, I had to work twice as hard to achieve my manifesto aims – mainly working alone on large-scale projects. Quite often the onus was placed upon me to work on these issues by myself, with SU staff citing “authenticity” as a reason for white staff to not proactively engage with race equality work. It wasn’t uncommon to hear “I am white, what can I do?” (meant rhetorically, not helpfully).

I soon fell into a state of anxiety-fuelled depression and exhaustion from navigating “colour-blind” white structures which were not committed to racial equality. I was not alone in this and found strength in solidarity from other sabbatical officers who were also people of colour (PoC), across the UK.

“We speak a lot about racism in our universities and now have a better understanding of how it manifests, operates and entrenches itself. We need to start that conversation on SU’s”

Calls to tackle racism in universities have been strengthening annually through movements such as Why is My Curriculum White? Publications including Taking Up Space and Slay in Your Lane have encouraged students to read up on how to navigate predominantly white educational institutions. However, calls for anti-racism are rarely extended to students’ unions, student-led organisations set up with the purpose of promoting the interests of its student members. As put by Ilyas Nagdee, the former NUS Black Students’ Officer, who represented over one million students of colour: “We speak a lot about racism in our universities and now have a better understanding of how it manifests, operates and entrenches itself. We need to start that conversation on SUs.”

Universities have and continue to uphold colonial power dynamics. Academic Rohan Deb Roy notes that university rankings are predominantly published by the Global North, which tends to favour its own institutions and academic journals. Yet, within those very institutions, academics rarely ascend to positions of seniority: a report published by AdvanceHE in 2018 revealed that just 9.7% of professors identified as “black and minority ethnic”.

Research conducted in the previous year by the Higher Education Statistics Agency (HESA) revealed that only 0.9% of academic managers, directors and senior officials in UK universities are black, and 3.6% are Asian. It was not until 2015, that the first black woman, Baroness Valarie Amos, became vice chancellor at a UK university.

Senior staff members shape the institutional strategies and direction of boards such as equality and diversity, widening participation and student experience – where the voices of PoC remain largely absent and therefore not embedded. It also means that these spaces can become isolating and traumatic for PoC SU officers on the rare occasions we get access to them.

“When I spoke out against a student society I was treated like an angry black woman, investigated and removed from my position”

Whilst SUs support a range of “liberation groups”, such as LGBTQI+ and disability groups, and are, as such, often regarded as a beacon of liberalism, they can fall short at being a strong voice for students of colour. They often fail to value the expertise and perspectives of PoC officers who work to embed racial justice within their institutions. A former sabbatical officer anonymously recalls their experience at their SU “there was a lack of support on issues affecting PoC students, pretending to be allies by letting students of colour lead on the work by doing no work themselves. Whole education team staff members at the SU knowing nothing on the attainment gap and leaving it to the PoC sabbatical officers to work on with students.”

The impact of this is significant. When Chloe Long, former BME Officer at Lancaster University Students’ Union, realised that her SU wasn’t sanctioning a student society which had used anti-Semitic, homophobic, racist and abusive language, she went public. “I spoke out and got completely scapegoated,” she says. “I was treated like an angry black woman, investigated and removed from my position when white perpetrators did not face the same sanctions.” Lancaster University later informed the BBC that it “does not tolerate hate speech” and had suspended “some” of the offending students.

Oge Obioha, the President of Leicester Students’ Union, told me that her understanding of unions being liberal spaces began to vanish when “people started touching my hair and my braids. This shock slowly died as the microaggressions continued.” Similarly, Larissa Kennedy, former Executive Officer and the first black woman sabbatical officer at Warwick Students’ Union explains how the impression of a commitment to equality encourages complacency that makes “it more difficult to tackle racism in the SU, an organisation that drives change. Sometimes, we forget to hold a mirror up to ourselves.”

Ilyas further explains that in his former role, he supported students bringing forward cases of institutional racism every day, and that “people of colour sabbaticals continue to be left to work on issues alone, are isolated in sabbatical teams and are gaslighted beyond belief.” He also tells me that “the combination of gendered and racialised treatment is evident with women of colour. PoC sabbaticals work on Black History Month alone whilst whole teams meet around the clock for Freshers and Varsity – as if both aren’t annual events.”

“I already felt like I didn’t belong. I felt I had something extra to prove than the rest of the officer team.”

Azza Abdulla, former Education Officer at Leicester Students’ Union and NUS Black students steering committee member speaks to me about her experience as a black Muslim woman in these university board rooms. “I already felt like I didn’t belong,” she says. “I felt I had something extra to prove than the rest of the officer team.” On the rare occasion that racial equality was a topic of conversation or interest, she found that she was “required to explain the complexities of oppression and the solutions.” Similarly, Larissa experienced being pigeon-holed as the “black officer”, being viewed only within the scope of her ethnicity, not a student leader representing on a multitude of issues that were not exclusively related to race.

Many PoC students’ union officers seek support from each other for the strength and solidarity to continue working within their institutions. Racheal Alake, the former Black and Minority Ethnic (BME) officer at a students’ union, stresses how important it is as a black woman navigating inherently racist institutions to have a network of supporters. Racheal explains her immense frustration with the “many blocks” the union would put up to hinder racial equality, and found it emotionally draining. She also tells me that the safe spaces she had created for black students kept her going. However, some officers found themselves in need of further support such as occupational therapy, due to the trauma of navigating structural racism.

In my experience, many students’ unions do not consider themselves complicit in social and racial inequalities, yet evidence and these experiences suggest otherwise. Officers are fighting a war on two fronts: in the ivory tower (the university) and the trenches (students’ union). As we get into the new academic year and elected officers get stuck into their manifestos, I urge students’ unions to not fail them.

“Many students’ unions do not consider themselves complicit in social and racial inequalities, yet evidence and these experiences suggest otherwise”

There is no one simple solution or one size fits all when it comes to tackling an issue as complex as racism in SUs, however, there are some steps that the sector can take to begin addressing these. My recent research, Insider-Outsider, which focuses on the role of race in shaping BME students’ experiences at both Goldsmiths College and students’ union, also sets out to examine racial inequality across both institutions. It is essential for staff members in the academy and SUs to educate themselves on the manifestation of racism in higher education. It is not acceptable to expect or place the onus on PoC students to do this for staff – the Fly Girl’s Guide to University is a great place to start, among other recommended reading.

There needs to be a redistribution of race equality work, where those who give their emotional labour are remunerated for their work and given the necessary support. It must be ensured that students and staff are not put into unsafe work environments for tokenist or performative anti-racist roles. This also includes reviewing the current governance structures of institutions, looking at trustee boards, senior management, advisors, officers and so on. An important question is: what measures can be put in place to embed equality, progression and support for PoC staff and students?

Lastly, officers need to have their mental health needs supported so they can feel empowered and safe in their own working environment. This includes creating opportunities for officers to confidentially access bespoke mental health support should they need it and mentors. Therapy directories such as the Black, African and Asian Therapy Network (BAATN) are an example of this.

Race equality work, in higher education especially, can often provoke defensiveness, denial and backlash. Despite our candour, PoC remain challenged, disbelieved and treated with suspicion when voicing our stories. In the face of this, we need to deepen the conversation on racism in universities and begin to truly investigate racism in SUs. This is an important ambition that the sector should sign up to. To PoC students and staff: we see you and we hear you!