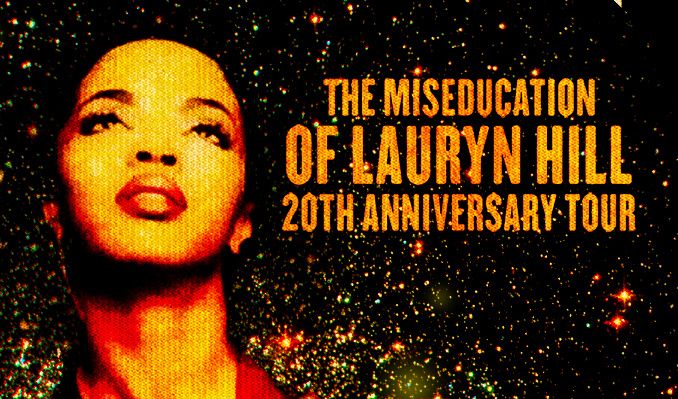 “I had to take time and heal myself so I didn’t pass negativity on to my kids and the next generation. Thank for you letting me be a whole person.” Twenty minutes from finishing the last European date of The Miseducation of Lauryn Hill 20th Anniversary tour, Ms. Lauryn Hill took some time to talk about the most speculated aspect of her career: her absence. But there she was on stage giving us everything we could want; she was on time, her set lasted 90 minutes and it was a killer show. We paid our coin, and she delivered a performance; but was it what fans wanted?

No one expects Hill to perform the songs in the exact original arrangements, but the deflation was palpable as fans realised they couldn’t follow along with the tracks in the way they had hoped. We want gigs to surprise us, to give us a visceral experience that streaming doesn’t, however not too different. We live our lives to these songs: they comfort us in breakups and get us through family feuds. They soundtrack barbecues and the making of babies. Hearing them live allows us to pour all that experience into one room. We get to show the artist how they impacted us. But when the reality doesn’t match up to our expectation, is it our fault or theirs?

Some say the onus is on Ms. Hill. If fans pay to hear an album she’s touring, she should give us that satisfaction. The reason she can tour 20 years later despite, let’s be honest, some less than impressive performances, is down to love. It might be selfish to think this way, but when other artists are happy to oblige, it’s not an unreasonable request.

This August, Robert Glasper made claims against Hill, including that she stole music from her musicians. A case was brought against her  by session musicians in 1998, but she settled with a reported $5 million in 2001. Some believe the settlement may have included the rights to the songs. Hill responded to Glasper in a medium post about “misconceptions”, and finally addressed the pervasive rumour that fuels fans’ frustration: that she can’t perform her own music. Hill wrote:

“I remix my songs live because I haven’t released an album in several years… there’s no way I could continue to play the same songs over and over as long as I’ve been performing them without some variation and exploration. I’m not a robot”

Now I know what you’re thinking: “She might be bored but I’m not.” Understandable. Assuming she performed the songs as written until 2000 when she dropped out of the public eye, she spent at least two years doing them the same way. That’s roughly the equivalent of Beyoncé performing the songs from Lemonade from the start of The Formation World Tour in 2016 until now, and she seems to be coping just fine.

But Beyoncé also has six solo albums. Hill released two with The Fugees before Miseducation, her only studio album, and followed with the live MTV Unplugged No. 2.0. Miseducation is her magnum opus and the core of what she has to work with. Because of Beyoncé’s depth of material and the scale of her productions, you can watch enough Instagram videos to know the whole show. You might see similarities from Hill, but never the same thing twice. “If I’d had additional music out, perhaps I would have kept them as they were,” she says.

“I revise and rearrange them according to what I’m feeling in that moment. This way my performances are heartfelt and authentic, not me just going through the motions. I can’t imagine why that would be a foreign concept to anyone who appreciates jazz… And the myth that I’m not allowed to play the original versions of my songs is… a myth (anyone who’s seen my current show knows this).”

“No one is beyond criticism, not even Hill. But if we show up to hear an album that is still praised for breaking boundaries between hip hop and soul, then there’s a certain credit we have to give … She didn’t cater to expectations the first time, and she shouldn’t have to now”

It’s true. The increase in speed is a shock, but the songs are not unrecognisable, and some are barely different vary (‘Ex-Factor’ was almost completely intact). They have grown with Hill and her musical interests — a faster beat perhaps to match the tempo of modern hip hop; references to other songs including ‘Fantasy’ by Mariah Carey and meta-nod to ‘Nice For What’ by Drake; and diversions into other styles of music. But the unexpected turns embellish what we already know. Now, every harmony, instrument solo and sound level is subject to her “live remixing”. Reviews often refer to issues with her band or sound guy, but the changing arrangements are a risk Hill takes in exchange for artistic freedom. Maybe that’s not what you came for, but if you relinquish your expectations for the show, it is phenomenal. She’s not successful 100% of the time, but that’s the beauty.

Stan culture talks about protecting artists at all costs and no one is beyond criticism, not even Hill. But if we show up to hear an album that is still being praised for breaking boundaries between hip hop and soul, then there’s a certain credit we have to give the mind behind it. We should protect her right to mix it up. She didn’t cater to expectations the first time, and she shouldn’t have to now.

And in the same way that not all relationships last forever, maybe post-millennium Lauryn Hill isn’t for you. That’s okay. Nothing can take away the original joy of that debut album, or Zion for that matter.