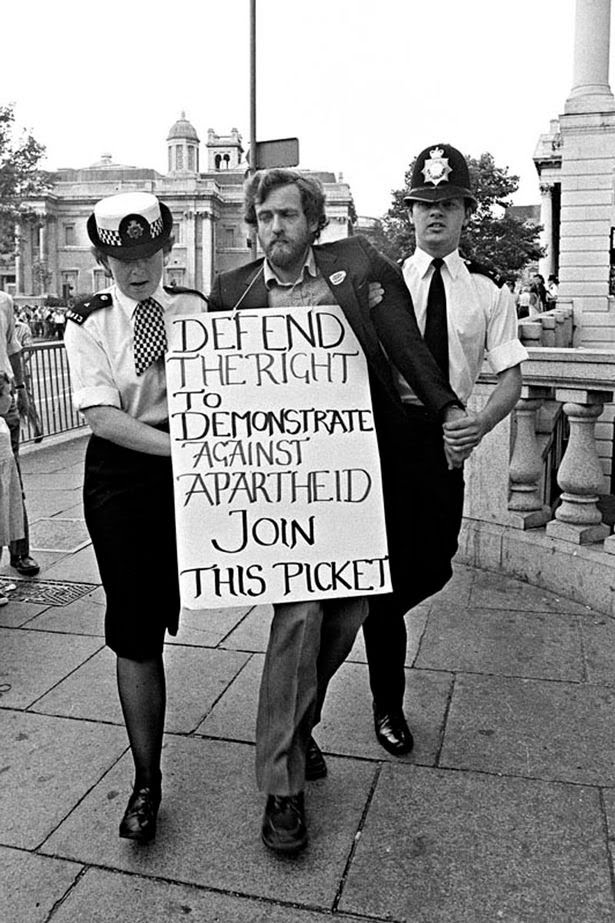 Ahead of an election in which issues of race, representation, and what it means to be “British” are being hotly contested, the focus is on party leaders to offer an inspirational vision of Britain, which is arguably on the brink of fragmentation.

Whilst the Conservative Party has been busy ramping up xenophobic hysteria around immigration, much of the media focus has centred on depicting the Labour Party as being ridden with scandals over racism, misogyny, and antisemitism.

In the week following last summer’s referendum over Britain’s membership to the EU, the number of reported incidents of racially or religiously motivated aggravations rose by up to 58%. Although the referendum was billed as an opportunity to make a decision about the UK’s relationship with the European Union, communities of colour felt that the vote was really about race, national identity, and insider/outsider politics. This underlying feeling was confirmed by the fact that leave voters cited “immigration” as the second most common reason for supporting Brexit.

Whilst the Conservatives plunge ever deeper into the political right (in part to remain in the right-wing ring alongside UKIP, who assert that immigrant and Muslim communities are the ‘problem’), Labour have struggled to articulate and cement their own position. Once celebrated (and at the same time notably derided)  for championing minority rights and equal opportunities, Labour’s departure from their social-democratic foundations towards neo-liberal individualism has left the party uncertain as to both their demographic base and community appeal. The ‘racist mug’ debacle of the 2015 General Election demonstrated just how far the Labour Party had strayed from their pro-equality roots, and also seemed to speak to the kind of kitsch anti-immigrant sentiment born of a desire to keep pace with an increasingly right-wing national current.

The publication of the 2017 Labour manifesto, addressed to “the many, not the few”, presents a long overdue clear vision for 21st Century Britain. Jeremy Corbyn now appears to stand firm in his progressive convictions. As part of the old guard of left-wing pacifists, he tends to be presented as something of a relic whose ideals have no place in the cut-throat world of contemporary British realpolitik. From his days defending the right to speak out against Apartheid to his track record of supporting refugees, LGBT+ people and immigrant communities, Corbyn- although not perfect in many respects- has continually demonstrated his solidarity with the issues that disproportionately affect communities of colour and our precarious position in today’s Britain. In a climate of increased suspicion and monitoring of brown, black, and immigrant communities, the active position Corbyn has taken is now more valuable than ever.

Talk of “allyship” has been pushed up the critical agenda, largely thanks to the efforts of women of colour pointing to the lack of support and even active dismissal they face in (largely white) feminist spaces. The principle of being an “ally” indicates a willingness and enthusiasm to listen, de-centre the experiences of dominant voices, and utilise one’s class, racial, and gender privilege to actively dismantle the structures of oppressive power that we see represented in (neo)colonial Britain and around the globe.

Female Corbyn supporters in particular have been goaded by the right of the Labour Party and the Conservatives for refusing to elect a woman to lead the opposition. As if sexism would suddenly be consigned to the dustbin of history with the arrival of a female leader. In his capacity as both a grassroots supporter of refugees, sex workers and the marginalised, and as an active MP, Corbyn has continually utilised his power and/or privilege to allow those who have been historically silenced to speak.

The language of ‘diversity’ and ‘unity’ rings alarm bells for those of us who are exhausted by political efforts to curry favour with our communities. Buzzwords aside, the content of Corbyn’s vision for a ‘global’ Britain that actively engages with its violent imperial history should satisfy critical thinkers. The Labour Party under Corbyn have come a long way from the tokenistic multiculturalism that in reality ghettoised society in the UK, fuelling segregation. In addressing the ‘systematic disadvantage so many people face’, the Corbyn campaign speaks to what we recognise to be a structural problem. By framing racism as a false division created within the context of capitalism, we can come closer to the roots of the fissure.

The fight for our position -as new arrivals or established diasporic communities- is one that we must defend. Although our historic relationship to Britain as an imperial power is often felt to be a painful one, we are called to fight for both our rights and those of others facing discrimination and prejudice in any form. On June 8 we will be asked what we want, both as people of colour and as British citizens: a Britain that they will say doesn’t belong to us, or a chance for change that we can be a part of.