Young black British shows are elbowing their way into the spotlight 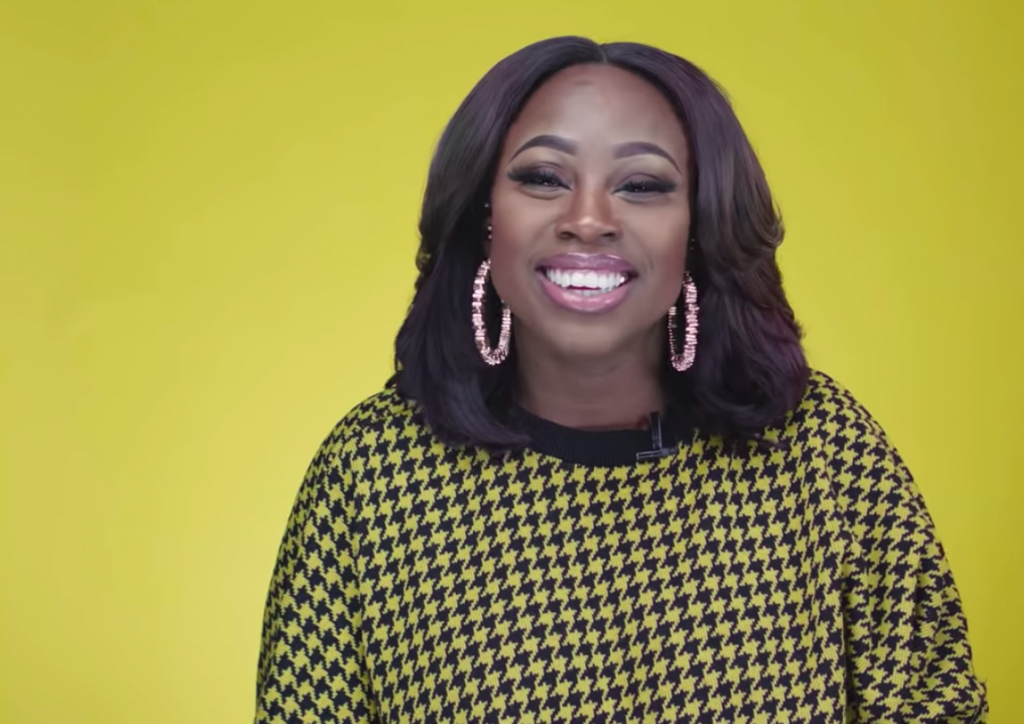 From an East London kitchen, a 29-year-old man sought to reinvent the Loose Women chat show format for young black Britons. Andy Amadi piloted BK Chat LDN, a self-funded YouTube talk show, two years ago. The concept is simple: a majority black cast congregates in the kitchen, debating contentious social topics, totally unscripted. The debates, filmed by a crew of 13, are always women versus men. The cast usually answer questions specific to the black community, like “should you ever retaliate against the ‘N’ word?”. “I wanted it to be a normal thing to see a black show,” Amadi tells me. Since Amadi’s first shoot, BK Chat has released over 100 episodes, gained 30 million views, held a sold-out live reunion show and gone stateside. It’s now back with an interpolation of a Love Island-style villa, as the stars head to Cyprus for BK Chat Uncensored.

Amadi notes that until The Big Narstie Show, a Channel 4 programme co-produced and hosted by Brixton-based rapper Big Narstie, “there hadn’t been that many black shows on TV”. A study by Directors UK largely proves his point. The association of UK directors found just 2.3% of UK television is made by directors from a BAME background. Disillusioned with these meagre offerings, a host of London-centric, young black Brits are creating the media they wish to see in the world. They’re under the mainstream’s radar, but within the last few years, they’ve established YouTube and podcast chat shows with respectable audience sizes.

After Love Island 2018’s astronomical success, Amadi risked unflattering comparisons between BK Chat Uncensored and the more opulent ITV show. As the housemates pull up to their villa in the first episode of Uncensored, the lower levels of production value and polish are obvious. Amadi owns this deficit. Rawness litters the show, from camera people sometimes appearing in shots to host Wumni Bello warning housemates of poor health and safety risks. BK Chat forfeits Love Island’s sexiness for a degree of self-awareness, which is refreshing. Unlike Love Island and many reality TV shows, Uncensored aligns itself with black viewers with its interjections of Yoruba, Patois and plates of chicken stew. The familiarity bred by such markers is a reason why black British millennials need creations like BK Chat.

New black media like BK Chat sparks debate in a way mainstream media cannot. This is because the agenda is set by black people. There isn’t the pressure to explain your minority experience in the same way you’d have to on Good Morning Britain. The Grapevine, an independent African American online talk show, released a UK series during 2018. In one episode, the series co-producer Amanda Scott implied that a panellist’s interracial relationship was “hypocritical” and a sign of self-hate which even the average white panel host might struggle to say on air. However, this frankness led impassioned viewers to Twitter to unpick whether being a black activist and dating a white person a paradox.

“We understand working constantly for “the man”, we’re finding entrepreneurship in a new way. We have very rich minds and experiences that are different to what we see in the media” – Donovan Thompson

Amadi’s initial audience mostly came from Twitter. “It was one of the biggest reasons why the show kind of went viral”, he explains. The social media site is extremely popular among black millennials, although there is no exact answer as to why. Slate once suggested that: “They form tighter clusters on the network—they follow one another more readily, they retweet each other more often, and more of their posts are @-replies—posts directed at other users.” For the first episode of BK Chat Uncensored, Amadi tapped into “Black Twitter” as a source of contentious debate topics. The cast members were read a tweet from Chip (the artist formerly known as Chipmunk) where he spoke about whether those who have found success through social media can be called artists.

‘Black Twitter’ also aids the promotion of, and commentary on, shows like BK Chat. The show’s approach to gender politics lends itself to fierce Twitter controversy. In the first episode of Uncensored, cast member Honey stormed off set after being labelled a side ting (i.e. the other woman) by male cast members. The infamous ‘Honey episode’ went viral and has been watched 1,007,916 times on Youtube. For comparison, Buzzfeed notes that Channel 4’s Hollyoaks draws around 800,000 views per episode.

The Grapevine’s other co-producer, Donovan Thompson, told gal-dem the importance of having such conversations among the black millennial diaspora. “Many [black millenials] are first or second generation immigrants. We understand working constantly for “the man”, we’re finding entrepreneurship in a new way. We have very rich minds and experiences that are different to what we see in the media.” Despite its entrepreneurial spirit, the burgeoning black media scene faces the common start-up conundrum. It’s hard to make money from online media in 2019. The Grapevine‘s creator Ashley Akunna initially self-funded her show by working at a tech company. The 30-year-old now works at The Grapevine full-time, but relies on crowdfunding to keep the show running. BK Chat’s Amadi describes similar financial struggles. Amadi largely self-funds BK Chat, and described the American foray as “a strain on [his] pocket”. Perhaps this is why episodes of BK Chat Uncensored cost 99p to view, unlike past, free series of the show.

However, external funding could soon be a common option for black online media. Big broadcasters that have financial resources yet struggle to reach young black audiences are increasingly looking towards the growing black media scene to cherry-pick new talent. This year, indie hit The Receipts Podcast teamed up with BBC 1xtra to broadcast episodes of their show on the radio station. Created in 2016, the team comprises of latina Milena Sanchez, and black Brits Tolani Shoneye and Audrey Indome. Since its 2016 launch, the “unadulterated girl talk” has scored the trio over a million listens, a number eight spot in the iTunes comedy charts and live shows with tickets sold for as much as £20. For the Receipts girls, partnering with the BBC was a shrewd move. In 2017, Ofcom found that most podcast listeners (36% source their podcasts from the broadcaster. Within a day of the first The Receipts on 1Xtra episode going live, the series topped the iTunes chart.

“A duck walks into a bar” Milena & Tolly ? @tamcader

Alongside its reach, the BBC has access to big, metric-spiking names like Ray BLK, winner of BBC’s Sound of 2017, and rapper Professor Green. “Bringing our contact book to The Receipts, and them doing what they do best, which is just really authentic, funny chat, was the winning formula”, says Lou Kattenhorn, BBC Radio 1 and 1Xtra commissioning executive. Though Katternhorn adds, The Receipts haven’t had to “code switch” (shift dialects or modes of expression) to mirror the BBC’s whiter, more mainstream audience. There’s also another obvious bonus: the BBC pays the trio. The Receipts are helping to normalise black perspectives in the media, and they’re going some way to redressing the lack of black entertainment shows in the UK even if they’re not super profitable yet. However, working with mainstream media isn’t a guaranteed path to increased success: Amadi explains that BK Chat’s anticipated deal with Vice Media’s television channel VICELAND, unfortunately, fell through due to financial issues.

That being said, Amadi belongs to a class that’s already defied the odds by becoming so popular in the first place. New black media has overcome entrenched racial boundaries to command the charts, press interviews, and sold-out live shows. Financial stability is the next barricade. “I think we’ve done pretty good for an independent production company”, Amadi concludes. Now, young Brits can follow the Sista Collective, the BBC’s first homegrown podcast hosted by black women, the Bola Sol Show, a YouTube series of intimate debates and Laid Bare, a podcast fronted by a brazen, sex-positive black trio.

Given their proven passion and acumen, let’s hope black millennial media entrepreneurs continue to barge their way into the mainstream.