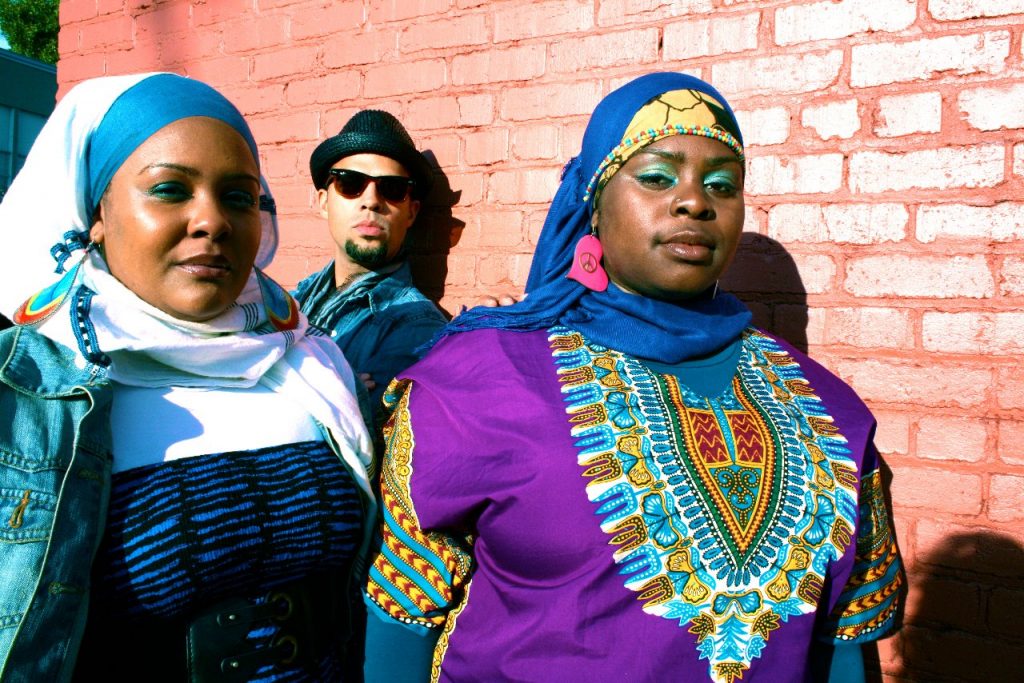 Back in sunnier days at the Bristol Refugee Festival 2017, gal-dem caught up with Sukina, one part of the hip-hop duo Poetic Pilgrimage. Alongside other group member Muneera, on screen they make up the prolific Hip-hop Hijabis. In conversation with Sukina, we reflected on identity, different cultures, politics, and breaking stereotypes on stage.

gal-dem: Hi Sukina, could you tell us your thoughts about the refugee festival?

Sukina: Firstly, it is important to understand and recognise that refugees are human and have their own cultural traditions. Just because we look at them in relation to ourselves as British people I think it is important to understand they come from somewhere, so it was really beautiful to see Sudanese singers and Somali and Kurdish dancers, and for people to actually experience the culture that people bring to this country, you know.

For myself, I’m here as a performer. I am not from a refugee background, but my parents were migrants from the Caribbean. It’s in my blood. And, when I converted to Islam, everyone assumed that I was a migrant. British people would often speak to me like I couldn’t speak English. One time, I went to the GP and my husband said, “my wife would like to sign up”, and the receptionist was like “can your wife even speak English?” and I’d just done a degree in English. So I was like “Yes I can!” in my best Queen’s English. And then of course it all changed, but those little micro-aggressions made me understand what other women are going through, so I really align myself with this cause, this narrative and these stories.

Do you think music is a good way to bridge that gap to making people understand different cultures and different ways of life?

Definitely. As a Muslim woman, hip-hop artist, Jamaican, reggae artist, poet, whatever – I know that there is no way that people would hear my voice if it wasn’t through the arts. I see with my own eyes stereotypes being shattered through music, because the beauty about the arts in general, is when it hits you, when it touches you, it touches you with no filter. I think the human being inclines towards beauty, and so art is beauty and music is beautiful and this is why these forms of engagement are important. 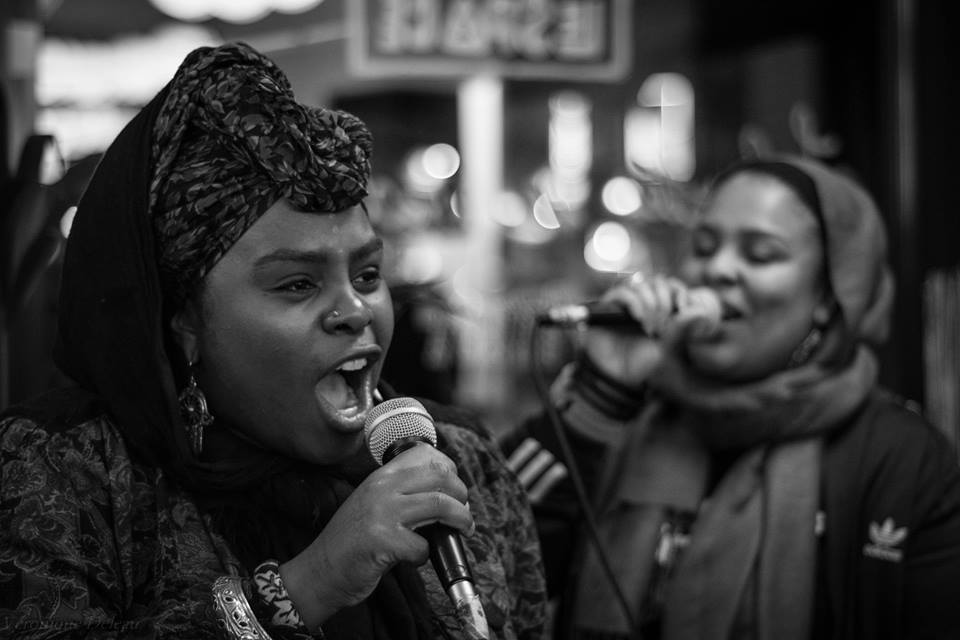 What do you think the response has been to see a Muslim woman, that many people do relate with, on stage performing like you do?

So, [laughs], we’ve been doing this for many moons now. Even to this day, I think people are intrigued, first of all, and I think they are also curious; some people aren’t even sure if we are allowed to dance. I’ve performed in places, especially in Europe, maybe for half an hour on stage like, giving it, sweating, bam bam bam. The crowd is very reserved, and we’re like “oh no! they hate us!”, but the moment we step off stage, we get “encore, encore, encore!”. They really wanna know who we are, what we love, and what we care about.

“The receptionist was like ‘can your wife even speak English?’…I’d just done a degree in English”

Muslim women are in a very unique position because we are often pitied, but also loathed. Some people dislike us because they think we are unproductive to the whole feminist movement, that we are regressive. Or, the flipside, they feel really sorry for us. But when we come on stage and don’t require anyone’s pity – all we need is your ears, and your heart, you know. I think that it changes the dynamic – people think “I don’t pity her, but also I don’t hate her, ah, ok, maybe I should just shut up and listen” – and then they do. It’s beautiful but it definitely takes audiences a while.

We were speaking to some people here today about your performance, they said that they were expecting something completely different; we wondered, well, what were you expecting then?!’

Exactly, and there is a lot of that, so sometimes I do question, do people like me? Or do I just shock them? It’s good, sometimes, when you’re so much the “other” you can just be who you are. Like a unicorn, no-one has any expectations of us.

I like how you said that you don’t take offence to that. I was talking to my friend about how we deal with it, people staring. But then we were saying that we personally don’t take it offensively – more as curiosity. If you’re staring, okay – you’ve never seen a Muslim woman before? Or maybe you’ve never seen a black Muslim woman before? In a headscarf? Not everyone is exposed to the Muslim community or in general different groups.

Especially as a convert, I feel like I know what it is like to not have those stares – or maybe to have them for something different – and then suddenly have the stares. I personally don’t mind it, but I think it might have made my public persona overpolite. A lot of Muslim girls talk about this, they’re like “hello” [puts on posh accent]. I make sure that, especially in London, I’m super approachable in my being, I help people if they need it on the street. Sometimes it is not even personal, it is nothing to do with you, but fear-mongering and manipulating – terrorism as a way of furthering a political agenda they may have – we get the blame, but it is actually nothing to do with us.

I remember what sealed this whole concept for me, I read this saying, a hadith basically, from Buddha: “His hatred isn’t anything to do with me, it is to do with what he has created in his own consciousness”, and I was like “yo!” that’s exactly what it is. What people hate about Muslim women is nothing to do with us.

Narrative and language is in the hands of the person, and they can do what they want with it. Them showing hatred shows that there is a problem with them, and that also shows the problems within the media. What do you think about the media, and the media attention that you have received?

It is never negative, but there is a whole genre of narratives of Muslim women which is like “poor Muslim woman who has been saved by the West, or by white people somehow”, and I think they try and fit us in with this idea. I’m not really fond of pitiful narratives – there is nothing to pity about me.

There is a really famous saying by the prophet Muhamad which is “to know me is to love”. If you get to know me and Muneera, I think you will love us, so I don’t take it personally.

You can keep up with Poetic Pilgrimage’s movements on Twitter.

This interview was a collaboration with Bristol Free Voice, a citizen journalism project.