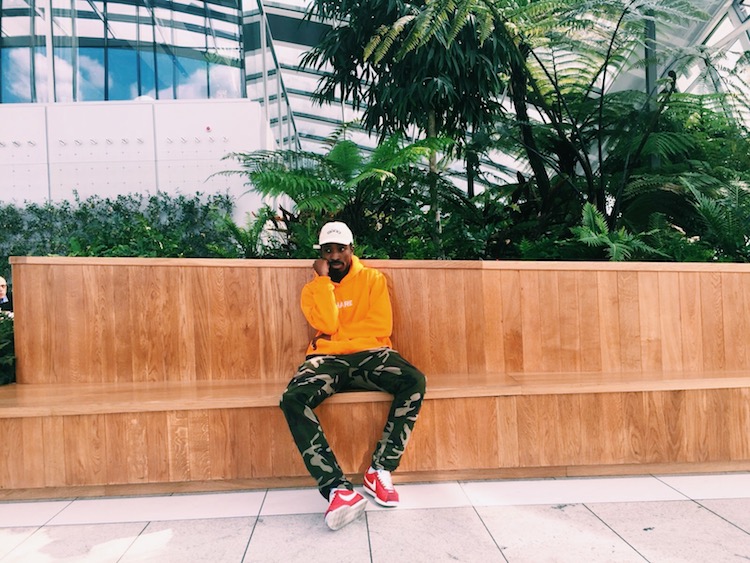 The past few years have shown South London to be the musical breeding ground for nouveau UK talent. Wharf Road’s Ash Shakur is its latest prodigy. A self-made whiz-kid, this illustrator-come-emcee is one to watch for 2017. His music marks the intersection whereby old school soulful hip-hop meets new school conscience rap; De La Soul gets a modernised makeover. Amidst a concentrated influx of British talent (Dave, Jkadet,Louis VI to name a few) as well as the ongoing rise of drill (ironically most of which hails from south London), Ash gives us a deeper edge. With its rhythmic cadences and witty wordplay he’s coined a unique sound, part nostalgic part funk and 100 per cent authentic.

It’s a reintroduction to Ash who initially emerged onto our musical radar with the comic Gallery back in 2011. The track showcases his latest illustrations as they supplied the background for the video which itself was a product of his two man creative collective Art Life Central. Following that, 2015 saw him demonstrate lyrical finesse with the colourful ‘Who Is It’, helping him gain more traction in the process. Since 2016 swung around however, Ash’s artwork and sounds have progressed considerably. In fact, the two have fused in the creation of his new EP Hare Colours, indicating that Ash is indeed hare to stay.

“I raise the bar up like a gymnast/ that’s some common phrases”. One of the most striking and recurrent aspects of Ash’s music is its degree of intertextuality. Whether it’s a drum sample from The Roots or a phrase from Common, it becomes neatly interwoven into the fabric of his music giving it a sense of the multifaceted. He pays homage to his rap superiors and in doing so firmly positioning himself within the hip-hop hemisphere.

According to Ash, his music is honest, feel good and informative. Hare Colours aims for content reflective of his surroundings, frank lyrics that speak to his situation. “I ain’t an artist that is watered down” – Ash promotes a new level of consciousness. An ability to essentially filter through the bullshit that too often the media and other channels lobby us with, and instead reach his own conclusion. It’s the execution of the finished product however that’s got us hooked. His on-point rhyme structure, harmonious hooks and deep rolling bass makes listening to Hare Colours akin to cruising through Brixton on a summer’s eve. He’s melodically spreading new age wisdom.

Buy One Get One Free

For Ash his art is synonymous with his music. His artistic tendencies can be traced back to a savvy youth when he would sketch colourful Pokémon characters in primary school before selling them on at 30p a pop – a true hustler. This grassroots logic is applicable to Ash’s musical standing as an independent artist sourcing filmmakers and producers off his own back. With age, came creative autonomy and soon cartoon-esque imitations morphed into a vivid character of their own – Hare. Ash has devised his very own mascot, present on much of Ash’s clothing, his EP coverwork and his visuals. It figuratively represents Ash himself, from their similar outward appearance – a kaleidoscope of colour, to the shared mark they have on their right cheekbone. 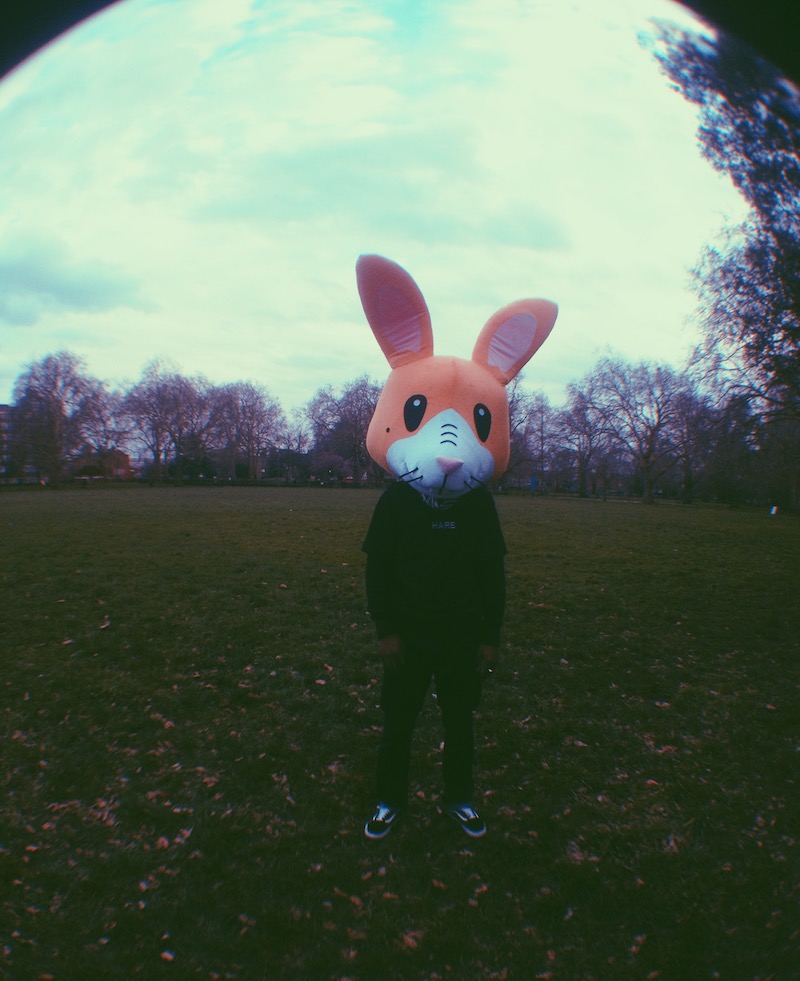 But why Hare? It’s a motif for how observational and sensitive to conversations Ash is. The big ears of the hare capture his ready alertness. There’s also an element of wordplay here, hare also assumes a physical dimension alluding to Afro hair on his head, and the context surrounding it – Ash’s next project which is for now under wraps. Finally, hare refers to the literal sense meaning Ash’s presence solid presence within the music scene. Ultimately his dream is for Hare to be given an official status, something like Tony the Tiger from Frosties cereal. You’ll see Hare and immediately understand the message and artwork embedded within it. For now though, Hare is colourful, multidimensional and adds an extra positive spin to Ash’s sounds.

So what does the future hold? In keeping with the pattern of the Hare, Ash is hoping to bring out an artistic and music focused Hare sequel in the next leap year year. He’s also hoping to bring out some singles and projects capturing the essence of his childhood home. Meanwhile he’s also hoping to spend more time working on Art Life Central. The collective is an anagram for Appreciating Real Talent Living In Feared Environment and seeks to artistically subvert negative attitudes surrounding this area. It’s comprised of Ash Shakur and Bro and the two of them are aiming to release more fire to shake up the minds of the people. A self-accomplished artist still in his prime, Ash Shakur is injecting colour and soul to a gloomy day-watch this space 2017.