How Mykki Blanco embodies the importance of queer black musicians

Given that the rainbow, in all its multi-coloured glory, is often used as a symbol of the LBGT+ movement, I’ve regularly found that it is used as more of a marketing tool for diversity and inclusion because my experience has been that these events are predominantly run by and for white people.

There are several reasons for this. If white people are already in positions of authority, i.e. agents, managers, artists and venue owners, it’s easy to see how you can create a clique, where members hire each other almost exclusively. If you only hire people who look like you or, were recommended by a close associate, the chances are that the events that set up will quickly start looking like a hall of mirrors, with the same kinds of people being reflected at each tier of the industry.

There is also a culture of overt homophobia within black communities internationally, which stems from fundamentalist beliefs in a variety of religious backgrounds. I know so few black people who are willing to identify as gay, queer, bisexual or “other than heterosexual” and even among straight black people, few are willing to ally themselves to the cause of LGBT+ rights and inclusion. This double-edged sword of little-to-no representation for people of colour teamed with cultural homophobia helps to reinforce the idea that black gay people don’t exist or are somehow freaks or unnatural. This view is detrimental to everyone, regardless of sexuality because it reinforces collective ignorance. It’s this view of freakishness and immorality that creates a frightening and dangerous environment for queer people of colour, the world over.

Safety – it makes complete sense that if someone feels their life or security is at risk, then they won’t come out. They shouldn’t have to. But they also shouldn’t have to live in an environment where being queer is unacceptable or deemed worthy of punishment. It’s isolating, scary and creates mental prisons where queer people refuse to go to LGBT+ events for fear of being seen or “outed”. That’s why it’s so important to have visibility of queer people of colour in all professions and aspects of life: it normalises the fact that black people can be gay, and at the same time be successful and talented. I don’t see how this expansion of the boundaries of what is allowed or possible can be anything other than a benefit.

Last week, I went to see Mykki Blanco at The Harley in Sheffield as part of his UK tour. If you’ve never heard of Mykki Blanco, that is the stage name and alias of Michael Quattlebaum Jr, an America rapper, poet, and performance artist. When you read interviews with Mykki Blanco and reviews of his gigs, there is rarely any consistency in use of gender pronouns. I couldn’t deal with the uncertainty so I spoke to him after the gig and asked for his preferred pronouns. He said, “I’m a man so you can use ‘he’. When I’m on stage, Mykki Blanco started off as a female character that I would perform so I don’t mind if you wanna use ‘she’ but I am a man…” So I’m just going to use “he”  all the way through for consistency, as I’ve seen in other recent articles.

There was no fanfare or announcement when Mykki Blanco strolled onto the stage wearing white shorts and tracksuit top, trainers, a long auburn wig and some pretty impressive gold glitter eyeshadow. His DJ, Bambi, a young black woman from Toronto, also dressed in white, dropped the first track. When Blanco walked on, it took a moment for the audience to realise it was him and break into cheers. This low-key entrance belied the incredible energy and hyperactivity that he brought to his performance. He literally couldn’t stay still. He started off on the stage and performed tracks from the new album such as ‘Loner’, ‘I’m In A Mood’ and ‘My Nene’. Quite early on, he ripped off his jacket and revealed a spectacular gold corset underneath. He then twirled the top like a rhythmic gymnast (accidentally hit me in the face with it. Ouch.) and bounded down into the audience, bodily moving people out of the way and instructing us to form a circle. This impromptu feng-shui created a much more intimate and egalitarian performance space. The atmosphere was amazing. I’ve never once danced with an artist as a paying customer at their gig.

There was no stage set and minimal production values so ordinary objects were suddenly recast as props. He swung a microphone stand over his shoulders like a crucifix and spun round to maintain the diameter of the circle. This is when I, and a few others, almost got hit in the face. In response to various audience members ducking around, Blanco quipped “now a smart person would move back”. No one wanted to lose their spot in the crowd but we all shuffled back obediently. He did have a point.

When he eventually returned to the stage, the atmosphere had changed. Whereas before, most of the crowd had been two-stepping shyly with the odd extrovert dutty wining people seemed to dance more freely, mingle with strangers and smile incredulously at each other. Mykki Blanco’s energy and enthusiasm communicated itself to the audience through his firecracker persona and performance. We had shared an incredibly intimate, exciting experience and the energy of the room soared because of that.

There were quite a few moments like that at the gig. At one point, dripping with sweat, Blanco took a small jump backwards off the stage and landed right in front me asking, “Can someone undo the top four of my corset?” I was in the right place at the right time and, I’ll admit, I was oddly keen to oblige. It was a surreal and intimate moment to brush away his wig, undo the hooks and then watch him jump back on stage and carry on dancing. It was like every night that I’ve been out with my friends and someone’s bra-strap always lets them down. I think this might have been the moment that I became a true Mykki Blanco fan-girl.

But he wasn’t on stage for long before he was back on the floor, parting the crowd and performing at the back of the room for all the people who couldn’t manage to push to the front. We’ve all been at a gig where it’s impossible to see anything so despite being at the front, I really appreciated that gesture. And of course, there was the moment he jumped on the DJ booth, crouched like Gollum to rap a bit of For the Cunts before running back into the audience, leaping on the bar and reclining like a 1950s pinup girl to finish the song.

What I sensed most at the gig was his talent, frenetic energy and enthusiasm. At the end of his set, having ripped his wig off and shaken it around in his teeth like an angry wolf, Mykki announced “We’re not the kind of artists who’ll hide backstage. We came here to party with you Sheffield!” so he spent around 40 minutes just dancing topless in the crowd with a white towel tied around his head in a turban that would make Dina Tokio jealous. Meanwhile, Bambi dropped track after track, the glitter on her cheeks shimmering under the blue lights as she danced on her own at the decks.

After dancing with the entire audience, moving around so he got to meet as many people as possible, Mykki Blanco hung out by the merchandise stand and then in the smoking area chatting to fans.

Having moved home from university in London, a place I went to mainly because it’s the multicultural Mecca of the UK, I felt lucky that his tour dates, in my hometown, dovetailed with a time when I was going to be there. From what I could see, I was the only black audience member at the gig, and similar experiences at school and extracurricular clubs have made representation a crucial issue for me. I spoke to him afterwards and said: “Thank you so much for coming to Sheffield”. It meant a lot to me to see a queer black artist venturing out into the smaller cities, not just focusing on the London club scene. There were a lot of other fans who waited afterwards to express the same feelings; there were people who’d come from Manchester, Leeds, Chesterfield and even London to see him at this venue. Mykki Blanco replied, “Oh thanks for saying that. You’re welcome. I like to do smaller cities because not everyone can get to London. I don’t just do the capitals.” He came across as a very genuine, thoughtful person.

So why am I making such a big deal about this? It seems to me that where there are people, there are gay people. Lack of visibility and representation can only come from hiding or being hidden. We are witnessing a really exciting and inspiring upsurge in out, queer, of-colour artists which would have been unimaginable even ten years ago, especially in hip-hop. We need representation to reflect the diversity of the world we actually live in, rather than just to reinforce its prejudices.

If you are interested in listening to more queer poets and musicians you should check out: Cakes Da Killa, one of the most exhilarating performers at AFROPUNK London this year; the rappers Le1f, Zebra Katz and Angel Haze, a big name who is regularly on mainstream radio; Dean Atta whose poetry is superb, start with ‘I Am Nobody’s N****r’ and ‘Young, Black and Gay’, then read everything else he’s ever written or check out his videos on YouTube; there is also Kate Tempest, a poet, novelist and rapper as well as Speech Debelle, a rapper from South London who’s brilliant debut album won the Mercury Prize in 2009 but she seems to have fallen off the map since then. But don’t forget the pioneers who forged a path for the artists of today. I’m talking: Sylvester; RuPaul; Little Richard; Luther Vandross; David Bowie; Audre Lorde; Bessie Smith; Meshell Ndegeocello; Joan Armatrading; Tracy Chapman and also Prince, who was fearless in his self-expression- an important inspiration for everyone.

Take a look at these musicians, writers and free thinkers. I hope you find something that interests you. If you have any more recommendations, post them in the comments. Knowledge is for sharing. It may not look like the world is as diverse as you, but it’s definitely improving. There are artists out there working, just waiting for you to find them. So for the people of Sheffield and surrounding districts, who were lucky enough to see him, I feel like Mykki Blanco’s performance bordered on a public service. 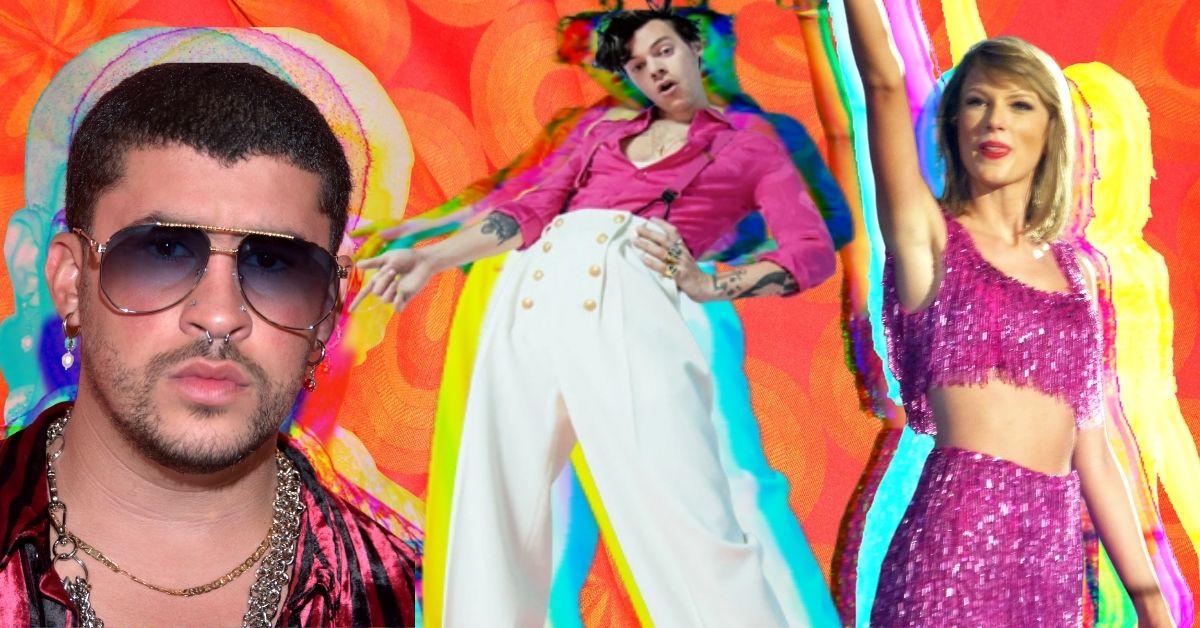 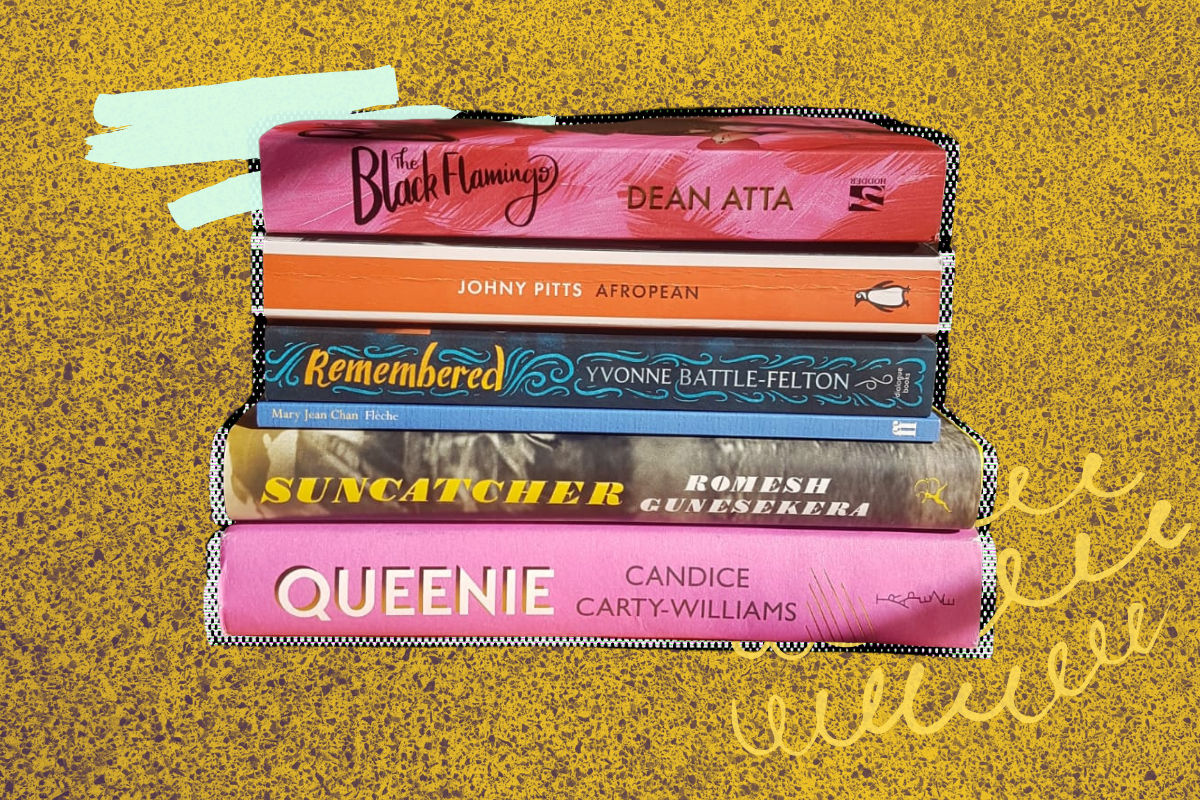 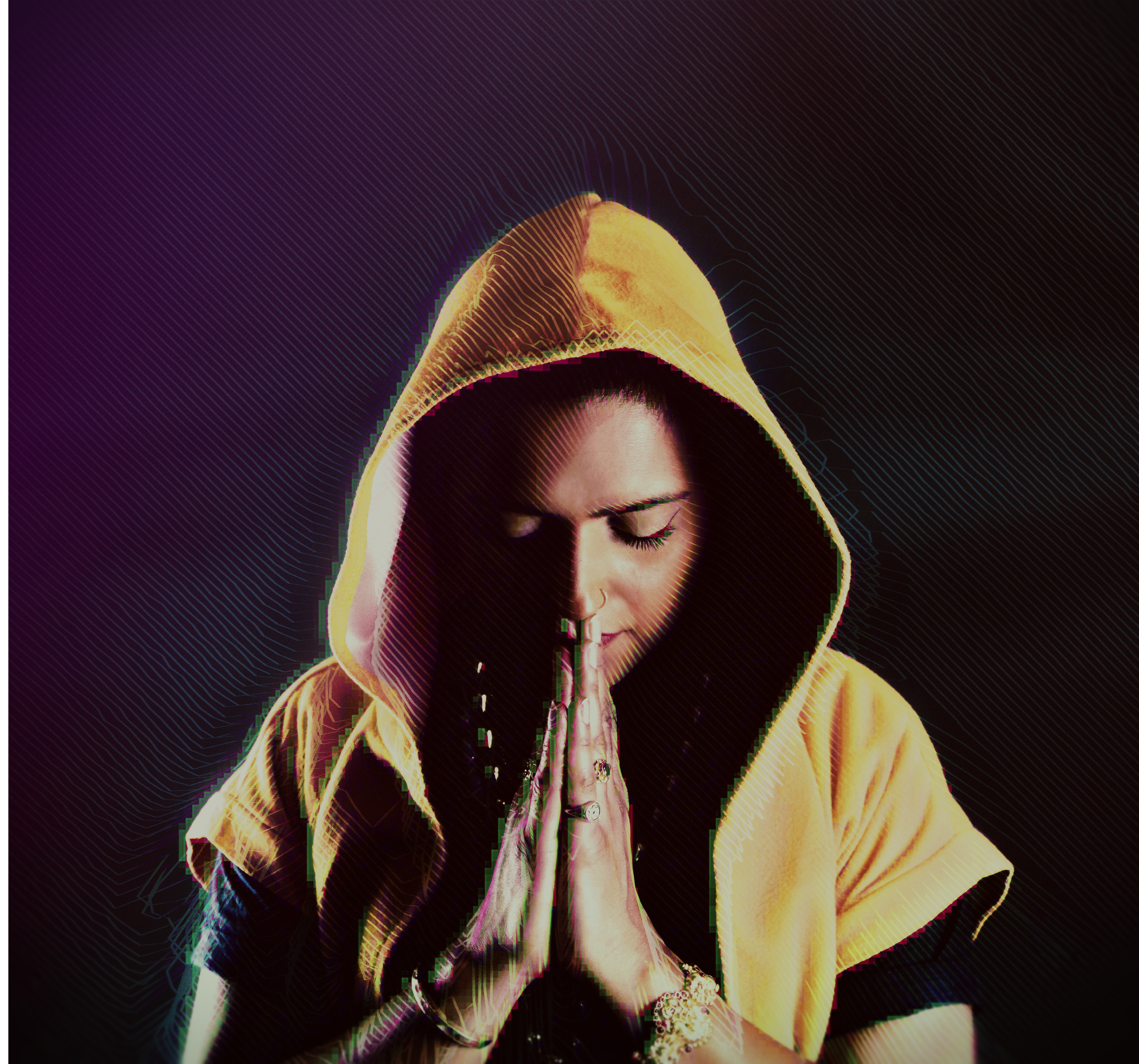 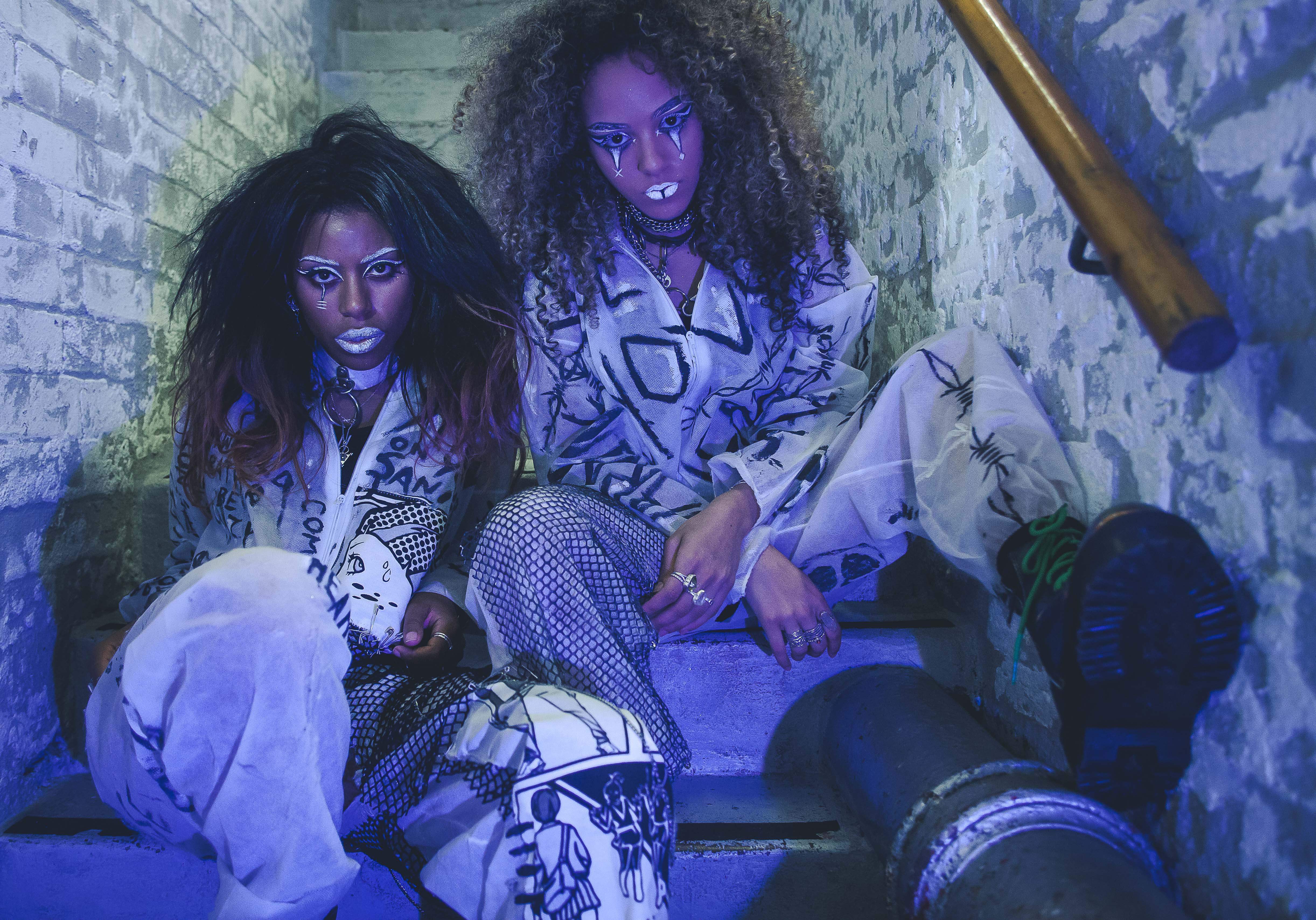