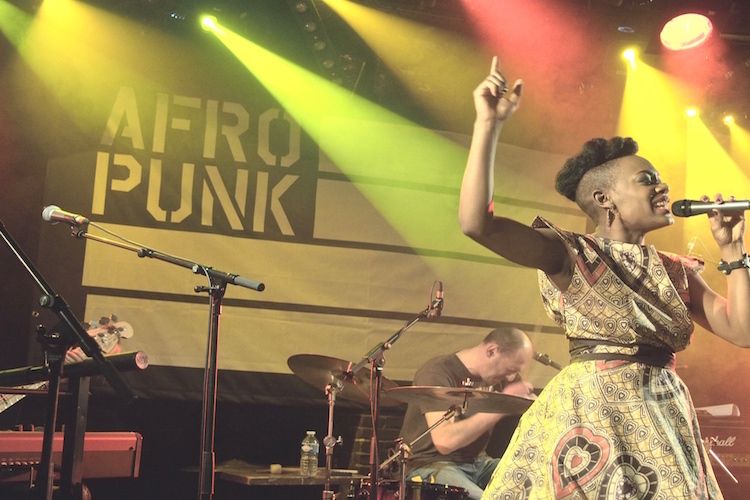 On Sunday 10th April, six acts went head-to-head at La Maroquinerie for a chance to perform at Afropunk Paris 2016. Londoner Mikel Ameen and Cameroonian-French Falone were the well deserving winners of Paris’ first Battle Of The Bands, following an evening that relentlessly lurched between genres, from grime to soul.

Alongside the winning artists were performances from The Black Beat Movement, Technoir, Clément Binzi and Kami Awori. The line-up was a celebration of difference rooted in Afropunk’s recognition of the indie/punk/hardcore scene outside of its stereotypically white fan base. While all of the acts reflected were excellent, there were some stand out performances.

Clément Bindzi was the only acoustic act. We knew the dynamic had shifted when the toddler next to us sustained the entire set sans lime green protective earmuffs. Reminiscent of Gambino’s 2015 Tamia cover, Bindzi’s dulcet R&B style was a welcome contrast to the evening’s more performed acts. 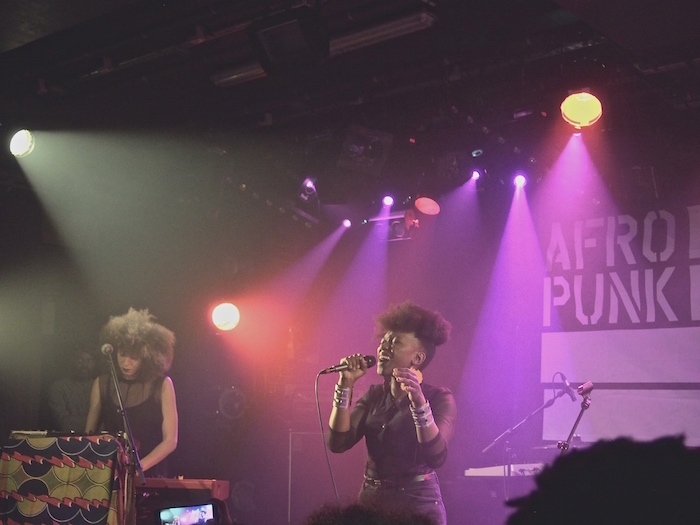 Female duo Kami Awori – comprised of singer Awori and pianist/producer Karami – seemed most at ease on stage. They glided through technical difficulties and visibly enjoyed the spotlight. Their exclusive performance of unreleased track ‘Sed y Amour’ was an added bonus, that and an electro-soul cover of Kendrick’s ‘Swimming Pools’ during which Kami enquired, “Do you wanna twerk in my liquor?” Karami was full of childish excitement following the performance and told us that their album (two years in the making) will be released by August.

It’s not difficult to see why rapper/singer Mikel Ameen was given a slot at this year’s festival though. His onstage energy, dancehall vibes and command of the audience (mostly comprised of supporters who endured an eight hour bus journey to see him) brought London to Paris and for a hot second everyone was bussin gun finger inna di rave. Ameen was more hype than most of the acts combined, progressively escalating until after five minutes his footwear was cast into the wings.

Next up, we had Falone, who was introduced as, “A woman who speaks rage and poetry”. The most rock-influenced act of the night, she personified Afropunk with a blend of influences combining funk guitar riffs with a powerful vocal performance that silenced the venue during her last song, ‘Break My Chains’.

‘Battle Of The Bands’ distilled Afropunk‘s values of collaboration and unity in a dimly lit basement venue; as the host repeatedly asserted, “This is a battle, but it’s not a war.” Such an eclectic group of performers and attendees are rare at gigs that usually attract more specific audiences; it was refreshing and undoubtedly increased my anticipation for the main Paris festival, which will be held in early June.

Afropunk Paris will be taking place 3rd-5th June 2016. For more information and tickets, head to their site.