We already understand the corruption of Trump’s America, but people have no understanding of Kazakh culture beyond this caricature. 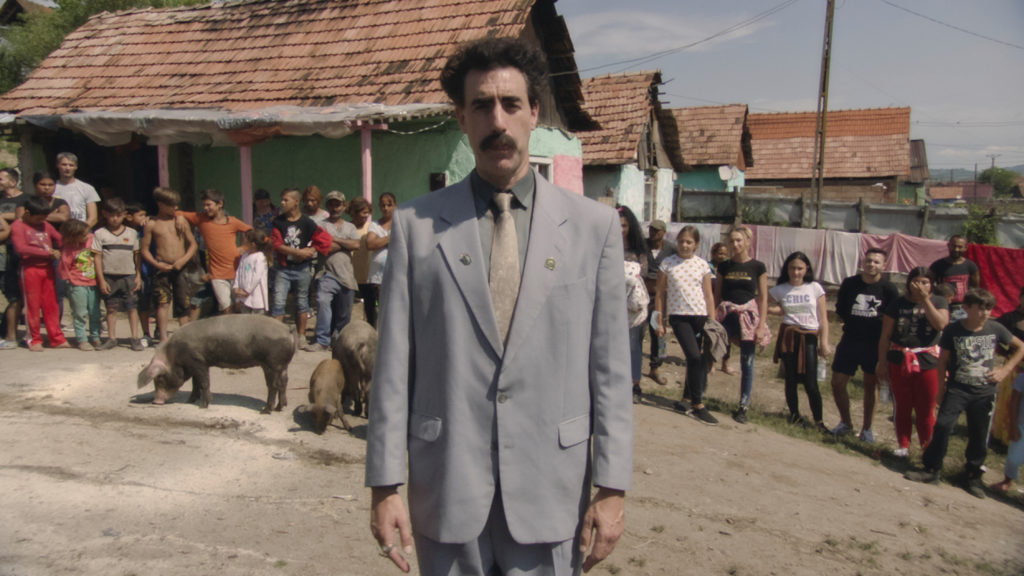 Sacha Baron Cohen’s sequel, Borat Subsequent Moviefilm, was always going to elicit mixed reactions. Its power, like any satire’s, lies in people being shocked, offended and disgusted. On one hand, the Kazakh government has adopted the “Very Nice!” slogan into a tourism campaign. Conversely, the hashtag #cancelborat took off on Twitter, saying that the movie does nothing but mock Kazakh culture without knowing anything about it.

On social media, other Kazakhs complained that Borat should be the least of the nation’s worries, with one user saying: “To those who signed a petition against Borat 2, why don’t you create one against the corruption and poverty in our country? I’d join you.” The Kazakh American Association has slammed the film, saying it’s offensive that the country is “fair game” for racist mockery and that it has appropriated and belittled all that my nation stands for.

The film follows Borat Sagdiyev, who has been thrown into a gulag following the events of the first movie, for having made Kazakhstan a “laughing stock” around the world. He gets a second chance when the Kazakh president (who in reality is no longer in power), Nursultan Nazarbayev, sends him on a mission to present Donald Trump and Michael Pence with a gift – a monkey that is also Kazakhstan’s Minister of Culture. Instead, his 15-year-old daughter Tutar, who he keeps in a cage and treats like livestock, sneaks into the monkey’s crate and Borat is forced to offer her as a gift instead.

In an article for the New York Times, Sacha said that he chose Kazakhstan purely because most Americans don’t know a lot about it. Their ignorance allows him to create such outlandish scenarios for them to react to, which reveal darker, more ignorant sides to the nation’s perception of the world we live in. The Americans in the movie don’t seem to bat an eye when Borat attempts to buy a cage for his daughter to live in, or ask how much fuel it would take to “kill some gypsies”.

“In satirising Western stereotypes, they’ve created more. It’s been nearly 15 years since the last Borat and it’s still the only thing the West really acknowledges about Kazakhstan”

I don’t see my culture being appropriated or represented in this film at all. The language spoken in the film is a mixture of Hebrew, Polish and Bulgarian. None of the scenes set in Kazakhstan were actually filmed there, filmmakers opted for Romania instead. The main “Kazakhs” in question are Borat and his daughter Tutar – played by two white actors. Perhaps this is a small signal that Kazakhstan is never actually supposed to be the butt of the joke.

But at its most offensive moments, I kept saying: “I just hope no one thinks we’re actually like that”. If I had a penny for every time someone did a Borat impression when I told them I’m from Kazakhstan, I’d be richer than Trump himself (but in less debt). In satirising Western stereotypes, Sacha has created more. It’s been nearly 15 years since the last Borat and it’s still the only thing the West really acknowledges about Kazakhstan. They could have chosen a fictitious location if it meant nothing to them, as apparently, Kazakhstan has “no real meaning” to a lot of people.

Westerners assume “stan” countries have rampant sexism, poor education, and are culturally insensitive. While there is a nuanced conversation to be had about those countries and their internal politics, this hamfisted attempt does nothing to unpack or analyse our lives with the same gravitas afforded to the US. The hardest punches pulled feel like they’re aiming down on a country Sacha has rendered voiceless.

The defence of Borat is often hinged on the idea that Sacha’s main target is America, especially Republicans. The first film worked because it felt like it uncovered American sentiments which were shocking for the world to witness. At a time when you could pretend you didn’t already know that the US was hurtling towards fascism. Since then we’ve seen the president try to ban Muslims from the country, a ban on trans personnel in the army and the hiring of officials with ties to white nationalist groups. The list is endless. There’s not even been an attempt to bury the contempt for minorities. The sequel, therefore, lacks that element of surprise.

From his entering a Republican event with Mike Pence dressed in KKK robes, to his stunt as a country performer at a gun rally singing about cutting up scientists and journalists “like the Saudis do”, Sacha’s outlandish attempts at humour are a wink and nudge to the viewer. The characters see Borat as a bizarre specimen, but really, they are the exotic animals on exhibit at the zoo. Yet the privilege of being a Republican right now is that these visitors cannot actually touch or harm them.

The culture of white America is rooted in a reality they’ve actively created and violently defended. When the butt of the jokes is gun laws, Clinton/Obama-scepticism or Trump, you can’t help but feel that mockery brings nothing of value. Some pointed out that this is because American politics exists in a realm that is almost post-satire. The Trump administration is more ridiculous than any sketch character could ever try to be. They’re already a warped mockery of a government. Everything is ironic when living under a pantomime villain for a president. Political satire hasn’t evolved enough in the past four years for it to not feel stagnant.

It’s all very well for celebrities to poke fun at the Republicans in power, but it’s hard to laugh along as these dangerous people cling on to power, digging their fingernails into the fabric of democracy and society, tearing them up piece by piece. It’s just not funny anymore.

One daunting moment features former New York Mayor and avid Trump supporter Rudy Guiliani giving an interview to Borat’s daughter, who is posing as a Republican journalist. He flirts with her and eventually follows her to a hotel bedroom, stuffing his hand down his trousers. Sacha jumps into the room screaming: “She’s 15! She’s too old for you!”. Rudy has subsequently said he was simply fixing his shirt. Similarly, there’s a scene where a plastic surgeon confirms to Borat’s 15-year-old daughter that he may want to “make a sex attack” on her if her dad wasn’t there.

“When we realise that mockery may do nothing to hold those powers accountable, we’re left with a man pretending to be a racist Kazakh caricature”

Though through the interactions with his daughter, we see the toxic misogyny of American society laid bare, when we realise that mockery may do nothing to hold those powers accountable, we’re left with a man pretending to be a racist Kazakh caricature. The filmmaker’s usual modus operandi doesn’t really cut it in a political climate where it couldn’t be more obvious that the playing field isn’t and has never been level.

It’s not that this form of satire is inherently bad – and to be fair to Sacha, it’s difficult to come up with alternatives – but it pokes fun of people in power whilst also being equally depressing for viewers to watch. Like Rudy lying on that bed, Americans have already exposed their own indecency. No matter how many boundaries the character once pushed, it just doesn’t feel like it goes far enough to really warrant a revival. As Republicans escape unscathed, who is left reeling? Me, a Kazakh woman, Jewish people, women in general. And to what end?

Sacha tried to compensate for the doom and gloom of the society he mocks by having a lot more heart in this film. Borat’s relationship with his daughter Tutar is bizarrely touching in places it really shouldn’t be (such as when he allows her to sleep in his trailer instead of her cage). It’s a small, insufficient reprieve.

It’s not that satire can’t or shouldn’t be done right now – it just needs to progress. It feels like Sacha’s heart is in the right place, but it’s unlikely that a Republican Trump supporter will watch this and realise how ridiculous they look. If anything, time has proven that Trump’s campaign thrives on screen time and controversy. With that in mind, the film feels like while it tries to punch up as much as it punches down, it simply can’t.