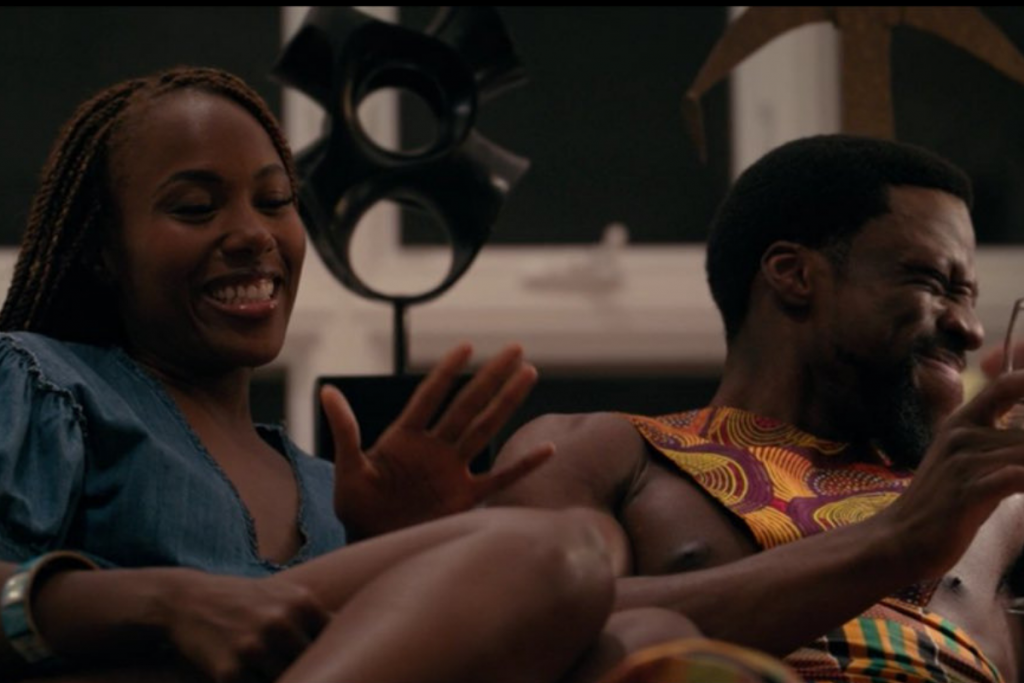 “Fucking foreign black bitch shut up!” “Fucking standing on our shoulders and taking what the fuck is ours”. These quotes are just a fragment of a 10+ minute rant posted last year by Seren aka Sensei Aishitemasu – an African American woman known for spewing extreme and often xenophobic views online.

As a “foreign black”, I’ve unfortunately met my fair share of Serens over the years, and the situation is only likely to get worse, thanks to a scene in the latest season of Spike Lee’s She’s Gotta Have It, where black Brits are portrayed as being unaware of colonialism – alongside the suggestion that none of our ancestors suffered through slavery (because, you know, the vast British Caribbean-descended population aren’t aware of how they ended up on the islands) and have “Stockholm syndrome”.

can someone please explain what I’m the black british fuck is happening in this dialogue please? #ShesGottaHaveIt2 pic.twitter.com/DnW3G8mm6I

I was in a bar in Downtown Los Angeles catching up with a friend when one of the worst incidents happened. She told me that another friend of hers (a fellow queer black woman, let’s call her Tasha) was on her way. Right after exchanging names, Tasha asked me where I was from and how long I had lived in America. When I replied, she said, “Answer me this, why do black immigrants think they’re so much better than black Americans?”.

I sat there in disbelief as she explained how we were “stealing all the jobs that hindered black Americans from advancing in society and receiving reparations”. Her go-to phrase was: “Immigration is a detriment to black American life”. As far as she was concerned, our lives solely consisted of ease and privilege. “I don’t have an issue with you personally, I actually have tons of immigrants friends,” she stated. “But know that as long as you live in America, you are part of the problem…why are you here?”. Regardless of her very distorted take on the truth, I tried to reason with her. I couldn’t accept that a queer black woman was pushing such a hateful narrative.

“Though I’ve encountered discrimination from white people, African Americans are the ones who’ve demanded I go back to London”

Unfortunately, this wasn’t the first time I had this experience. Though I’ve encountered discrimination from white people, African Americans are the ones who’ve demanded I go back to London. A few even threatened to call ICE on me and get me deported. After 2017’s controversial comments from Samuel L Jackson, who argued that Get Out would have benefited from having an African American actor as its lead rather than black Brit Daniel Kaluuya, I was discussing with black Americans potential solutions and ways to move forward. Suddenly, I was met with remarks from some “friends” who had an issue with me being an actor. One even said: “know your place and never play an American role again”.

I’m not sure what made that Friday night worse – the fact that this was not the first time, or the physical resemblance Tasha and I shared. We had the same haircut, eye shape, multiple nose rings and a medium dark skin tone. I literally saw myself in her. A conversation that could have celebrated our similarities was instead spent scrutinizing me for a characteristic we didn’t have in common.

How can someone specify their experience without encountering hostility? How do you tolerate this behaviour when it comes from another black person? A friend from Zimbabwe had a straightforward answer: “You don’t. The moment you realise where things are going, make it clear that’s a conversation you won’t have. She wanted you to be the respectable immigrant who agrees with her. You must make it clear you’re not the one”.

To demand that we “fall back“ from these roles is to simplify a very complex issue in the industry. Time and time again, black Brits are made the scapegoat of a problem that existed long before we started playing these roles. While there is no denying that Hollywood is a predominantly white industry, black Brits are not the ones who made it that way. By not questioning the ignorant beliefs of men like Spike Lee, we fail to acknowledge what has always been true.

Despite claims that we are “taking all the roles”, a quick Google search into any African American film will lead you to cast members that 9/10 are played by African American actors. Generalising the success of a few black Brits overlooks the struggles we continue to go through.

Beliefs that we are cheaper do not minimise the expenses (and stress) that can come with hiring international talent. Casting us not only involves standard pay, but also covering our travel, housing, and application fees in hopes that we get approved to work in the US. A green card application starts at $10,000 and can be as much as $30,000 to expedite. As a result, many immigrant actors can’t get representation (let alone a US role) unless they have the right papers and live locally.

After not getting enough roles or meeting the high financial demands, many of my international friends have had to move back home. I’ve lost count of the number of times a casting director has sighed with relief when they found out I had a green card. Regardless, I recently missed out on a TV role in New York as they didn’t want to pay the extra money to house me or fly me out.

There was no controversy when actors like Forest Whitaker, Laurence Fishburne or Kerry Washington played international roles because it was clear that they were the best person to play it. To insist that we “fall back” while giving African Americans the agency to play other nationalities is not only hypocritical but implies a hierarchy among black people that does not serve us.

“When we feed into misconceptions like Africans are uncivilised, Africans Americans are thugs or black Brits are superior, we fall for a divide and conquer method that’s a byproduct of white supremacy”

Attacking a black person’s nationality does nothing to challenge those who created these harmful stereotypes. These ideas of who we supposedly are, stem from white executives in politics, entertainment and many other industries. When we feed into misconceptions like Africans are uncivilised, Africans Americans are thugs or black Brits are superior, we fall for a divide and conquer method that’s a byproduct of white supremacy. It’s the belief of tokenism – an idea that implies that we can succeed, but there can only be one.

A fellow black British friend touched on this when I reached out: “We’re more similar than we know. I think the Western world enjoys controversies like this because black people against black people is convenient,” he told me. “I think the only time unity within us is encouraged is when the ‘right’ people are making money from it”. It’s because of these similarities that I created my docu-series Black Beyond America. In each episode, I speak to black people from various parts of the world in an effort to discuss and dismantle the limited perceptions we have of each other.

The success of black Brits and African Americans are not mutually exclusive things. Despite what we’re told, the rise of people like Daniel Kaluuya does not mean African Americans aren’t good enough to play themselves. To paraphrase Toni Morrison: “white supremacy is another form of distraction”. When faced with such, it’s important to stick to what we know to be true. The success of people such as Donald Glover, Michaela Coel, Issa Rae and Idris Elba highlight how there is in fact room for all of us.

Unless we interrogate the ways we contribute to current divisions, unity amongst the African diaspora can only go so far. If we want to move forward, we must let go of the idea that a black person’s talent can be measured by where they’re from. While we may not have started many issues that plague our community, it does not justify fortifying and passing on the negative messages they carry. It’s hypocritical to find it unacceptable from a white person, yet simultaneously give fellow black people (or anyone else) a pass

I try my best to be here for all black people. However, I refuse to still tolerate toxic behaviour just to maintain the idea that all black people must stick together. As true as that statement should be, it should never come at someone else’s detriment. I’d rather spend time with black people who have selfless, good intentions. The ones who see a different nationality as a strength, instead of a novelty or threat to their success.

A black person specifying their experience (be they queer, trans, an immigrant or anything else) should never face scrutiny, especially from their own. Nor should it become a competition on who’s had it worse. We need to listen, respect and give space to our differences in the same way we expect white people to do the same for us. If one kind of black person advances in society while purposely leaving others behind, true progress is not being made.

This article was adapted from gal-dem’s Afropunk takeover, a zine that celebrated black culture on both sides of the Atlantic ocean