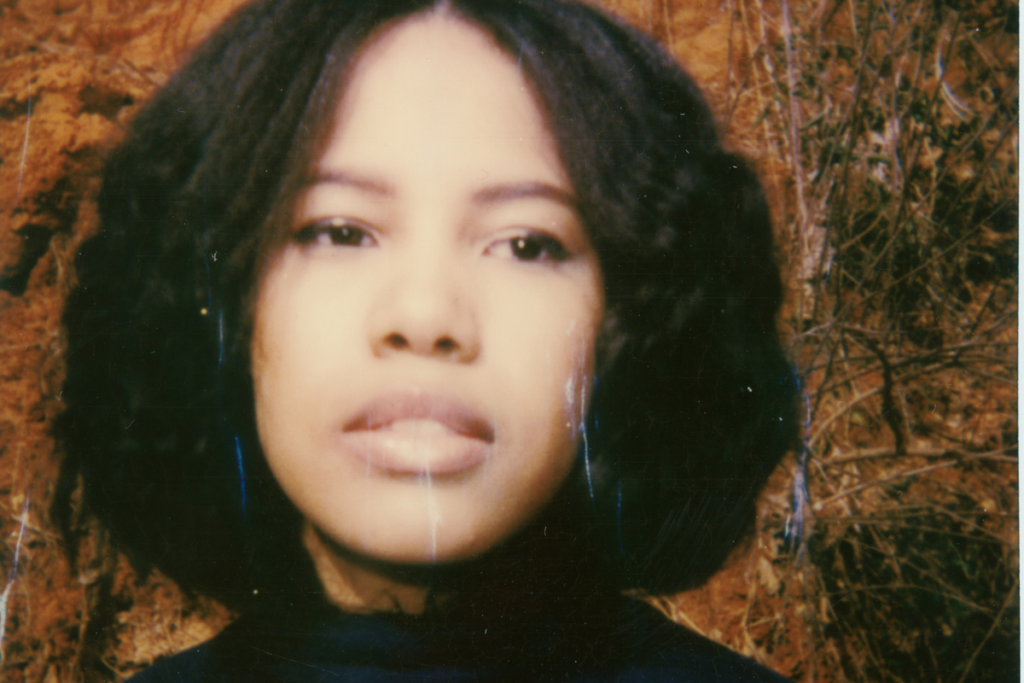 Baby Rose is the distinctive, fearless soul singer in a league of her own

From being bullied for her voice to her music garnering Nina Simone comparisons, Atlanta artist Baby Rose talks healing, growth and what she’s learned in 2020.

Baby Rose is in a league of her own. Her distinctive deep voice carries a subtle amalgamation of raw emotion coated with the richness of healing and honesty in her lyrics. From her majestic COLORS performance to headlining an international tour, she has gained a cult following, cementing herself as one of the most gifted and fearless artists in the new era of soul.

Born Jasmine Rose Wilson in Washington DC, with roots in Atlanta, her come up is one of humble beginning and blessings. Inspired by the breathtaking Black soul vocalists of the 1940s, 50s and 60s like Billie Holiday, Nina Simone and Sam Cooke, Jasmine has been building a catalogue of sublime records independently since her debut in 2017. From singing on J Dilla beats on SoundCloud to receiving a GRAMMY nomination for her contribution to Dreamville’s Revenge of the Dreamers III, she blossomed into one of the breakout stars of 2019. Then this year, a remix of her track ‘Show You’ appeared on the soundtrack for season four of Insecure.

“At school everybody bullied me. From my voice to people asking if I was even a girl, I was singled out, and I looked at it as a curse”

Her debut album, To Myself, was a diary of themes surrounding a break-up that saw her explore the reality of love and healing. Released during summer 2019, her decision to re-release the album this March allowed her fans to fall in love all over again with tracks like ‘All To Myself’ and ‘Mortal’ that detail the pain and reassurance of being in love whilst being alone.

“Last year was the year of growth for me – both personally and with my career,” she tells me over the phone from Los Angeles. “I learned a lot about myself from merely reflecting. Understanding and realising on a deeper level all the things I need to prioritise in the grand scheme of things from health to family to morals and principles.”

After being bullied for her unique voice as a kid in school, Jasmine spent most of her time isolated from sadness. “It affected me a lot. I was the new girl at the school that didn’t have any friends in a new environment and, immediately off the top, everybody bullied me. From my voice to people asking if I was even a girl, I was singled out, and I looked at it as a curse. I became sad and lonely.”

With her mum working two jobs, both in the day and at night, and her brother flourishing in school, she found comfort in perfecting her talent alone. “The best thing I had was this piano in my foyer. I didn’t have any lessons, so I would teach myself how to play and write music. What carried me was artists like Nina Simone and Janis Joplin who would encourage me to delve into just being freely sad but most importantly to be me. My family and I moving further South was a huge influential factor for me and my music because being in the South and learning about the musical history, the soulfulness of the city where plantations were built and the blood, sweat and tears in the ground lifted me.”

Realising her voice was, in fact, her secret weapon, Jasmine started recording music, using it as a gateway to freely express herself from the pain of being bullied. “I realised that this is my purpose; this is what I’m here for. Every day is a learning lesson; every day, I’m learning how I feel about myself, especially when there’s no one around. Learning without validation, without anything. When the lights go down, and all those things are gone, how do you feel about you?”

Jasmine’s regal personality and tremendous voice have been met with comparisons to her idols Nina Simone and Billie Holiday. “Both women were two powerful Black individuals fighting on the front line for the love and emotions we feel as women,” she says, explaining why they mean so much to her – and why she is hesitant of the comparisons, “With Nina, her story, for me is remarkable. She went through a lot – from being bipolar to being in abusive relationships and having to deal with the pain and challenges of that. Her whole legacy is amazing to me and I don’t want anyone to impose on that because, to me, it’s super precious. Her music still lives on today and is still very relevant. Everything she wrote about, from her anger and frustration to her openly willing to be an artist martyr. She didn’t care about being pop anymore. If she couldn’t stand up for what was going on and all the real shit that was happening at that time, she wasn’t doing it.”

Growing up surrounded by the essence of music, her stage name is birthed from family origins. “My name has served different meanings over time, but originally it stemmed from two meanings. The first being that I live where a lot of musicians either have ‘Baby’ or ‘Lil’ in their name. The second being, on my dad’s side of the family, all the girls have ‘rose’ in their middle name. My grandma, who was called Rose, was pursuing being an artist back in the 70s but then got pregnant with my dad. I didn’t get to meet her but I’ve always heard she had a natural inclination to sing and play the piano. I feel like I have a divine spiritual connection to her on a personal level. Her favourite song was ‘God Bless The Child’ by Billie Holiday, and that song was actually the first song that I learned on the piano.”

Rewriting the power behind dominating as a new artist, Baby Rose, is making sure she succeeds on her terms. After touring with Snoh Aalegra and Ari Lennox in 2019, smashing her Tiny Desk performance and headlining a sold-out international tour, she’s now focusing on recharging her mind, body and soul in preparation for her socially distanced intimate live stream show. Baby Rose presents… Golden Hour is streaming the same day as the release of the deluxe album. “I called it ‘golden hour’ because that’s when the sun begins to set and the vibes started to form. Expect a moment; this is everyone’s chance to decompress from all the things that are maybe weighing down on you. It’s going to be a fire ass experience,” she tells me.

“This year has put a lot of things into perspective for so many people. There are so many things that don’t matter: celebrities don’t matter, sensationalism doesn’t matter”

“This year has put a lot of things into perspective for so many people. There are so many things that don’t matter: celebrities don’t matter, sensationalism doesn’t matter in the grand scheme of things. Living your truth, having a good peace of mind and your wellbeing is what brings you solitude amid a storm.” She continues, “I didn’t want to make this live stream performance a real big thing but instead make it very intimate and safe for everyone involved. This is for my fans to enjoy and chill and vibe out.”

Now the final form of her album – a deluxe edition – is set for release on 18 September. “There are new songs added that are from a more present point of view,” she tells me, “I had more time to polish them and make them perfect for the deluxe. It took me four months, and a lot of songs were rushed to be on the album because I believed in them so much. This time around, it was different”.

As this year slowly but surely is coming to a close, Baby Rose reflects on her journey and why she’s so grateful to her fans. Just last month, she conquered late-night TV making her debut performing ‘Show You’ on The Late Show with Stephen Colbert, reaching a new milestone that not many new acts have under their belt. Performing is her safe haven and despite the pandemic, she is ready to reconnect with her fans.

“I feel so blessed, honestly,” she says as we wrap up. “Hearing everybody’s stories about how they discovered my music and how it’s helped them through certain times means a lot to me. I make music for me, and it’s from a selfish place, but I’m doing it to help others like me. I like to write from a very present point of view. I find that very healing for me. My records are an extension of that journey that I’ve had with myself, and I’m excited for you all to hear them”.

To Myself (Deluxe) is released on 18 September. Baby Rose will be performing a special show on the day of the release that will livestream globally, tickets can be purchased at dice.fm/baby-rose