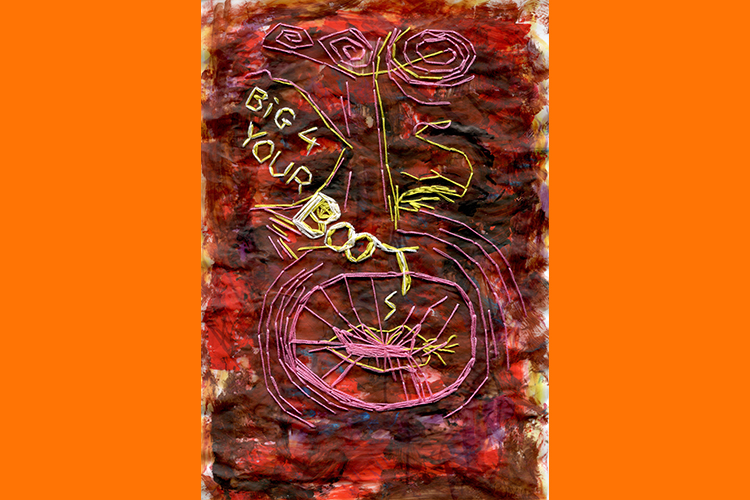 I used to travel to America on an almost yearly basis during the noughties and folks would always be surprised to hear our English accents, as though Black people didn’t live in the British Isles.

Thinking about it, Britain easily controlled the image it exported pre-internet 2.0 – before social media took off. If you were to ask a French person fifteen years ago about what they thought a British person was like they’d probably mention tea, biscuits, or fish and chips. If you probed a little further and asked about British music, you’d probably get a response alluding to Britpop – Oasis as well as bands like Kasabian or Coldplay. Behind the scenes, though, Britain had a bustling Black British community- particularly in the heart of London and urban communities such as Birmingham and Manchester. In Bow, Wiley had established a new sound with icey beats, an almost eskimo-like sound, if you will. Grime was born. By 2003, Dizzee Rascal had won a Mercury Prize for his critically acclaimed debut Boy in Da Corner.

Growing up as a Black Brit in Essex I dabbled and appreciated grime sounds thanks to MySpace and pirate radio. Kano and JME were amongst my faves. Bassline, funkyhouse and garage also featured on heavy rotation, with the likes of Egypt, Donae’o, KIG Family and Delinquent. However, African-American R&B and Hip-Hop dominated ‘urban’ radio play and was commonly mis-associated with Black British culture. BBC Radio 1xtra was launched with the strapline “Love Black music, Love 1xtra”, but New York and West Coast hip-hop dominated playlists. American music was consistently placed on a pedestal – the group Mis-Teeq would have been hailed as “Britain’s answer to Destiny’s Child,” or perhaps Lemar would be likened to an R&B superstar instead of being taken at face value. This arguably led US-centric labels to push him to the back of the queue.

During my school years, African-American civil rights movements and transatlantic slavery were misinterpreted as being the sole story behind Black history, particularly when taught in class. This omitted aspects of Black British culture which had been going strong well before the ‘00s. All the while I wanted to know – when and where did we first arrive Britain? Why isn’t the Windrush part of the curriculum? Why did people have “No Blacks, No Poles, No Irish” on housing advertisements? Whilst we were learning about Rosa Parks spurring the Alabama Bus Boycott, we were blissfully unaware of the Bristol bus boycott of 1963, led by Paul Stephenson in protest of the Bristol Omnibus Company refusing to hire Black drivers. It still appeared that Black people were struggling to find a place in mainstream British history. Period dramas have always carefully whitewashed their cast, with people of colour rarely making an appearance – as though we are modern inventions. I was surprised to see Denzel Washington in a film adaptation of Much Ado about Nothing, yet if you consider that the title character in Othello is a black man, it’s clear Black people have been a part of Britain’s cultural history dating to Elizabethan times.

So where are we at today? Technology has made it easier for us to accurately portray our experiences. “Black Twitter” has built a network of young Black people in the UK as well as a force that propels creative folk like The Chicken Connoisseur and Kayode Ewumi into the mainstream. Viral memes and gifs are popularised through this medium, often ending up on VICE or Buzzfeed long after its conception on Twitter. I know we like to laugh at Drake being a ‘beg’ when he posts memes of Kayode and poses with a Co-op worker but what he’s also doing is shifting the international view of Britain from tea and prim Victorians into a multi-cultural, modern narrative.

The BBC did a series on Black Britain late last year with the programme Black is the new Black, featuring interviews with prominent figures in Black British culture. It was at this point that I realised – our presence is being formally recognised by the BBC. One stand out quote I remember is from comedienne Gina Yashere, who said “BAFTA means Black Actors Fuck off To America.” Too often Black actors hit their ceiling in Britain early on and realise that American film and TV industries are more than happy to provide roles. Which got me thinking – is the lack of roles in Britain due to the country aiming to export a polished and imperialistic view of itself? I struggle to name a major British television or film export with black leads. Conversely, Black Americans (and indeed Britons) contribute massively to American cultural exports. Samuel L Jackson’s recent comments did not take into account the difficulties Black British actors face when seeking leading roles in their home country, and more disturbingly, did not offer solidarity. Could this be due to a lack of understanding? That’s why shows like Chewing Gum are so important to Black Britain – particularly as it has gone international via Netflix. This follows in the footsteps of programmes like Top Boy which gained international acclaim.

Presently, Stormzy’s ride has been a pleasure to watch. From everyone within the scene offering their support to GSAP being the first grime album to reach number 1 in the UK, it’s all come full circle. Little Simz has been touring with Lauryn Hill. Kano is at sxsw festival. Skepta announced a stateside tour much to the delight of Americans on Twitter. Loyle Carner’s touring the US. Whitewashing can no longer occur as we have control over what we can put out. As the next generation learn about Black History, I hope the plights and successes of Black Brits are highlighted. I’m hoping that Wiley will be held in the same regard as DJ Kool Herc and Grandmaster Flash. I may be optimistic in thinking that Bow will be respected for creating a genre much like The Bronx. I hope Black British history is finally being documented as it is gaining international recognition.