Is BTS’ success proof that the United States’ hold on media is coming to an end? 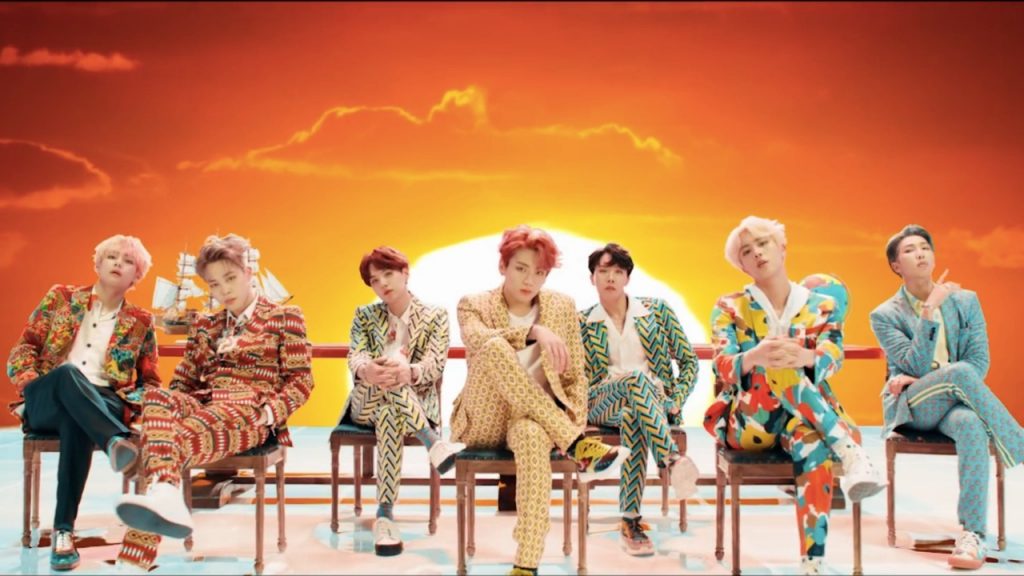 It often seems in the music industry that the greatest marker of an artist’s success is their ability to “break America”. The US is viewed as the media hub of the world with Hollywood dominating the exportation of film, tv and music. It stands to reason then, that success abroad is guaranteed once bands or musicians gain north American approval. International credibility is guaranteed.

BTS is the latest in the long line of musical acts to grace American red carpets. While boy bands have long been a staple of the music industry, BTS is set apart by their status as a K-pop band. They were the first K-pop group to perform at an American award show and to be nominated for, and win, a Billboard Music Award. These accolades are a sure sign of their international success. Yet this cannot be credited to America’s influence. Their positive reception in the US is a consequence of their success rather than the reason for it. BTS and the growing K-pop genre have unwittingly broken America’s imperialist hold over our media.

The “Korean wave” (Hallyu) encompasses the rise of South Korean pop culture as an export. It is ‘seen in everything from Korean dramas on Netflix to Korean skincare regimens dominating the cosmetics industry to delicious Korean tacos on your favorite local menu’. K-pop is the driving force behind this, it is an inherently Korean genre and so it’s worldwide success has shifted attention from the US.

As an international audience, we have to adapt our frame of reference in order to better understand the majority of our media. This has conflated the American point of view into an international consensus.

The media we consume is made for American audiences. The clearest example of this is movies produced in response to the Trump administration. Films like BlaKkKlansman and The Post assume the audience has an in-depth understanding of American politics. As an international audience, we have to adapt our frame of reference in order to better understand the majority of our media. This has conflated the American point of view into an international consensus.

This may seem benign enough. However, it has real repercussions for how members of the international community view the US. We have internalised a deeper level of knowledge about north American politics and culture that is not reciprocated. This reinforces the imperial idea that the US is the most powerful nation in the world and therefore the only one that matters.

BTS’ cross-cultural dominance is chipping away at this idea. The recent release of their album Love Yourself: Answer is a testament to their international appeal. The music video ‘Idol’ has made YouTube history with “more than 45 million views in its first 24 hours”. Most importantly, they are able to do this while staying true to their cultural roots.

A recurring theme within BTS’ music is the pressure the South Korean education system places on its students. Lyrics like “who made us study machines?” (from ‘N.O’) and “why are you killing us before we can try?” (from ‘Dope’) are clear examples of the band’s stance. The members of BTS are all in their twenties and are able to draw from their own memories of being in education. As such, their lyrics are able to resonate with their young audience. It is clear that these songs are made with a South Korean audience in mind.

Despite this, the songs still reach foreign audiences. BTS’ legion of fans named themselves “ARMY”, and are highly organised and always ready to defend their “bias”. Fans organise meet ups and plan streaming sessions dedicated to raising BTS’ position on the charts. All of this points to a relationship that has formed because of their willingness to adapt their frame of reference to include South Korean culture. This undermines the stranglehold America has placed on both the music and larger media industries.

While K-pop as a genre undermines American dominance, it is important to note that the industry behind it is deeply unsettling. An investigation by Broadly showed potential stars are scooped up when they are teenagers and are trained in a hostile environment where the reigning mentality is to be the best. Strict standards of behaviour and appearance are set in order to create and maintain the perfect image. Such restrictive conditions have had severe effects on their stars, the most prominent example is the suicide of SHINee’s Kim Jong-hyun. The industry is not perfect, nor is it exempt from wanting to profit off the American market considering the South Korean government’s Ministry of Culture and Tourism is “actively promoting the music overseas”. K-pop songs, after all, are purposefully made with an English hook.

When all this is taken into consideration, it is obvious that the industry warrants much change. Yet the international success of K-pop should not be underestimated. In our globalised world the focus narrowly remains on America. The rise of the Korean music industry has finally shifted the spotlight somewhere else. BTS’ large and active fanbase is a testament to this. Although unintentionally, the rise of K-pop has broken America’s imperial chokehold over modern forms of entertainment.