I called out vagina shaming and got trolled 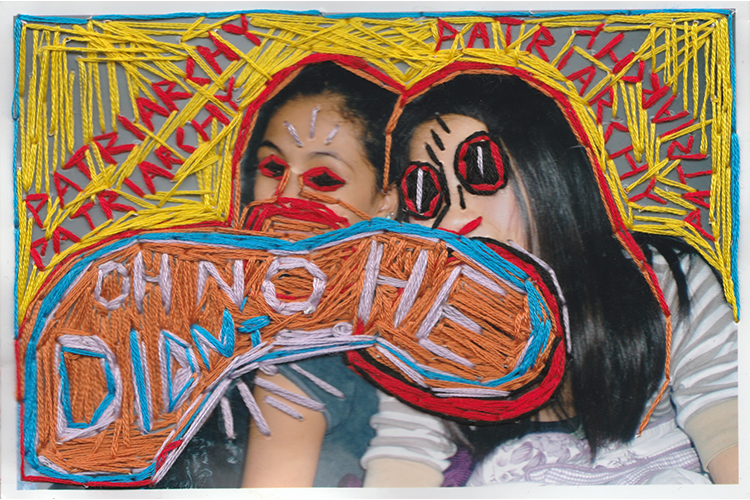 It was like overhearing a juicy conversation on public transport; a snapshot into a stranger’s life. But this conversation wasn’t juicy, it was offensive. It was crude and it was broadcast to the world via a podcast. Three men were boldly discussing how they preferred a woman’s “pooch” to look. I couldn’t help but get pissed off. I savagely whacked the space bar, pausing the podcast five, six, seven times.

Their female friend is being interviewed, “It’s got to a point where… there’s more memes and stuff going around…about how vaginas look, I think women are like quite conscious about that”. The male hosts were baffled by this new information, unaware that as well as their legs, bums and boobs, women also feel insecure about down below.

“I didn’t think that was a thing that women are conscious about the way that their vagina looks… Women actually feel some type of way about that?!”

My mind flashed back to a late night in 2008, that episode of Embarrassing Bodies. A self-conscious teenager is sitting next to the expert Doctor. She utters “I just look at it and think… it makes me cringe”. Her concerned mum is by her side pleading, “it would be nice for her to feel more confident in herself”.

Her own body makes her cringe.

Watching the before and after video back ten years later, I barely notice the difference. Labiaplasty (surgery which reduces size of the labia) made her feel confident, and I’m glad she does. But why didn’t she feel good enough in the first place?

“Your vagina is all hanging out, looks like a fucking cheeseburger. Like no I don’t want that”.

Her insecurity turns into their cheap content. Nine minutes into the episode, the conversation sticks to how they want a woman’s body to look. I tweet one of them. One of his followers reply comparing his vaginal preferences to enjoying the taste of ketchup.

It’s not the same, it’s not a condiment.

A woman then tweets me and assures me that his desires are harmless, just like a fondness of height in men.

It’s not the same. You can’t change height.

The podcast continues: “I don’t know if we as men… we are that bothered about [the way female genitals look]”.

“Yes! We are!”, confirm multiple voices.

“I think about all the amazing things vaginas can do, and then how they value women’s genitals as a pretty object for their consumption”

Don’t get me wrong, I know women are guilty of it too. I scrolled through my feed this week and saw some women casually discussing dick size. Considering that body dissatisfaction is just as damaging for boys as it is for girls and the fact that the age that young people first remember feeling self-conscious is getting younger and younger, I think it’s time we started to be a bit more responsible about the words we broadcast and how they may affect others.

Sometimes I don’t know if I wax, shave, epilate and thread for me or because I’ve been taught to be disgusted by my own hair. Seventeen, Shout, Cosmo Girl, Mizz & Sugar, I bought every one of them. On TV there were plenty of girls in bikinis but not one hair on them. Pale girls with hair you could only see in the sun, while my thick Asian hair was visible whatever the weather. At the age of 11 a boy pointed at my playground-bruised, never waxed legs and screamed in disgust. It took me a while to start liking them.

That’s why I got angry when he said he expects a hairless “pooch”, when hair grows all over our bodies, just like theirs. I think about all the amazing things vaginas can do, and then how they value women’s genitals as a pretty object for their consumption.

I can’t blame him, that is what he has been taught, it’s what we’ve been taught. I tell him it’s not important how you want a woman’s body to look. He tweets me back saying “babe” the conversation “isn’t that important”. But after reading that 45% more labiaplasty procedures were carried out in 2016 than the previous year, I’m sure that it is.