On the Carnegie, bookshops, and Malinda Lo’s Ash 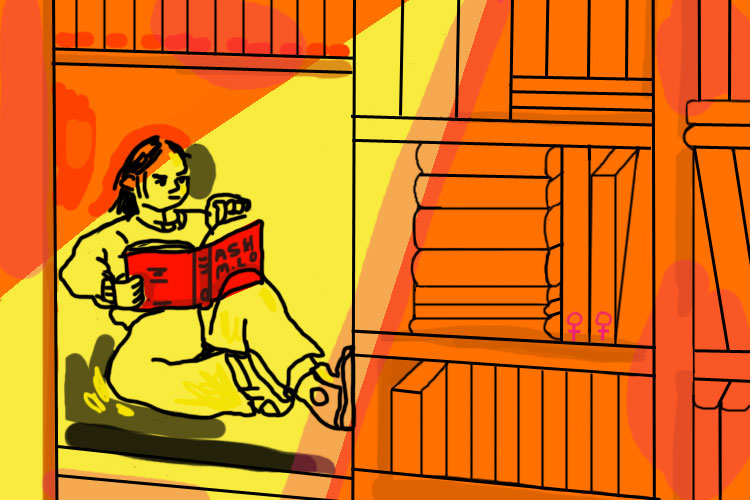 After I graduated from university, my memories are mostly of endless afternoons spent reading in my local Waterstones. I had no clue what I wanted from life, and to escape the heavy-handed hints from my parents about law school, I’d run to the shop and look through the shelves.

There is one afternoon in that lost year that is clear and bright in my head, because it’s the day I found Malinda Lo’s book Ash, on a table in the young adult section. “Lo? That’s Chinese, isn’t it?” I thought. I picked the book up. It was possibly the first time I’d seen a book by a Chinese writer (fiction, that is – Adeline Yen Mah’s autobiography and Wild Swans were not exactly cheerful escapes.) It was definitely the first time I’d seen a Chinese writer in the YA section. I read the blurb, flicked through the pages, and realised it wasn’t just a darker spin on Cinderella, but was also a queer retelling.

I’d gone through my teenage years arguing with my parents about gay rights, but ignored any possibility that the way I looked at some girls – the way I felt about them – meant I could be queer myself. Queerness was for white people, after all. How could it be otherwise, when the little LGBTQ representation there was in TV shows, films and books showed me mostly gay white men? (The few women were also nearly always white, and seemed to die or were punished with alarming frequency.) There was no reflection of what it was to be a person of colour and not straight. The message was clear: to be queer was to be an aberration. To be queer and a person of colour, even more so.

But there, on a table in one of my childhood sanctuaries, was a book by a Chinese American author, one that retold Cinderella with lesbian protagonists. It was beautiful, melancholy, as much about grief as it was about coming of age and falling in love. It was an open door, one that was also an affirmation of my existence.

I read all of it in one breathless afternoon, standing in the corner of the shop, then put it back on the table. Taking it home felt like too much of a statement. It felt like certainty, when I was still scared of myself, about what I wanted and the many possibilities of who I could be.

A year and a half later, I was back in Basildon temporarily after a working holiday in Australia and New Zealand. Still directionless, the time away had at least made me more confident in myself. The local Waterstones had been closed and then shoved into the back half of the Eastgate shopping centre HMV, its stock and staff diminished. I wandered around the shelves, and found myself looking at Malinda Lo’s second book, Huntress.

This time, the book was a quest fantasy, and this time there was a Chinese – or at least Asian – girl on the cover. I stared at it, and turned the pages. Once again, the two heroines fell in love with each other. Once again, I read the whole book in the shop in one afternoon.

A few years later, when I’d decided to work in publishing, both Ash and Huntress reminded me that there was space for me in that world, even if I’d have to work twice as hard as others to get there. After years of talking about diversity, publishing still has a largely homogenous workforce and culture, and once I managed to gain access, it was even harder not to notice the rarity of books by writers of colour. In children’s literature, the problem was – and is – more of a crisis.

Last year I encountered Polly Ho-Yen’s debut, Boy In The Tower. At first glance a horror sci-fi for younger readers, it slowly revealed itself to also be a gorgeous character study of depression, community and forgotten people. It was Wyndham for 10-year-olds, set in a London that I saw infrequently in children’s books but which made up so much of the city in real life: working class, multi-ethnic. It was the first time I’d read a children’s book by a British Chinese writer in my entire life.

Awards uplift books, the Carnegie more so than many. Nominated and awarded by children’s librarians in schools and public libraries across the country, any book longlisted (or indeed, shortlisted) will reach a huge number of children. The Carnegie broadcasts open doors all over the UK, and is always a big boost for a writer’s career.

The seven books by writers of colour that were nominated were products not just of enormous talent, but of success in overcoming the extra obstacles placed in front of any minority who creates art. Polly Ho-Yen’s second book Where Monsters Lie was one of them, Patrice Lawrence’s much lauded Orange Boy (shortlisted for the 2016 Costa children’s book award) another, Kiran Millwood Hargrave’s The Girl of Ink and Stars yet another.

It has been said that the past year has been a good one, relatively speaking, for British writers of colour in children’s books. Critical acclaim, best sellers, multiple award nominations and wins have raised their profiles – Alex Wheatle won the 2016 Guardian children’s fiction prize for Crongton Knights, The Girl of Ink and Stars was a Waterstones Children’s Book of the Month – and yet I can count the books and writers on just two hands.

Ash was an open door for me, and these books are also open doors in other ways for other children. With hundreds of libraries closing, the chances of kids finding them are getting slimmer every day. Awards cast a spotlight onto books that many children and parents may not have noticed before. They illuminate doors that people could easily have missed.

The all-white Carnegie longlist is not just a reflection of the institutional problems of publishing, nor is it only a result of the fact that 96.7% of librarians are white, or that 13 out of the 14 strong Carnegie judging panel are white women. It is all of these things together. It is a systemic issue that has grown naturally out of the UK’s inequalities and has been shamefully ignored, time and time again. Perhaps most importantly, it is another lost opportunity to broadcast those open doors to children who need them most.