Chella Man is the first deaf, Asian, trans actor to be cast in a superhero series. He’s also a magical person 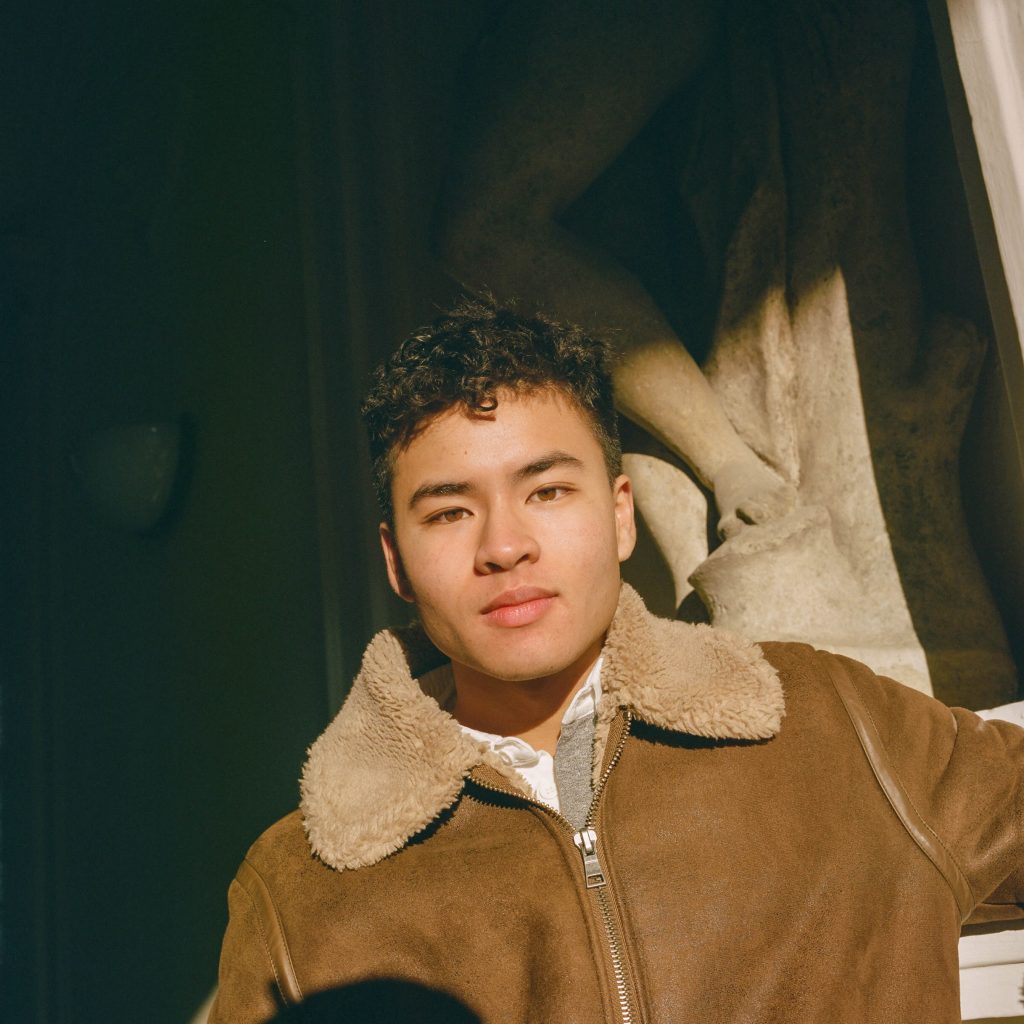 Chella Man is always keeping things moving. The 20-year-old artist, model and now actor has a heart of gold, piercing caramel-coloured eyes and a beautifully honest presence. Through his artwork, which ranges from photography and thickly-penned, abstract portraits, to sharing sweet, intimate videos of his relationship with partner Mary V Benoit, he brings unabashed light and love to online spaces.

Growing up in a small town in Pennsylvania (where Donald Trump once visited his high school) with a Jewish mum and Chinese dad, Chella has made it his mission to educate and support his community against the odds. Using social media, he ruminates on gender, sexuality, being deaf and more explicitly on transitioning. On YouTube, you can find him documenting his progression with testosterone, or teaching the world queer sign language with Nyle DiMarco.

This energy is set to translate onto the small screen; earlier this year it was announced he had joined the cast of Netflix’s Titans – a surprisingly gritty DC Universe series featuring superhero teenagers. A student at Parsons School of Design, he tells us that “up until now, I wasn’t interested in acting”, as an artist he is “continuously looking for what I’m truly passionate about” and ecstatic about the role.

We spoke to Chella over Skype from the US to find out more:

How did you manage to land your role in the Titans?

Chella Man: I actually have a close friend who is an actress and she is in The Walking Dead. Her name is Lauren Ridloff. So she is deaf and reached out to me because someone reached out to her from Warner Brothers and were like, ‘We’re looking for a half Asian character age 21-24 (which is a bit older than me, and who knows ASL and is deaf)’. She’s one of my really good friends and she texted me and said, ‘Oh, so I gave your name to this guy’. I didn’t really know what was happening fully, but the next day I heard from them and they asked me to come in for an audition.

I always have so much fun, finding different ways to let out my emotion. And particularly with these scripts, it was fun play around with, because, they’re not the scripts I’m necessarily going to be using but I had to be emotional to an extent and I’ve never really done that as a different person.

It’s also been very interesting because as a trans person I’ve just now felt like I reached who I am. So to now throw myself into another person just when I finally reached like who I know I am, it’s really interesting. Like I finally feel like I’m able to experiment with my identity more so. So I’m pushing that. I’m pushing my identity further, in a way.

How are you developing your character?

I don’t know how much I’m allowed to say about the character. But the main thing that everyone knows about Jericho from the comics is that he’s supposed to be this sweet, sensitive, pure, innocent person, you know, and I feel like I really connect with that sensitivity and wanting to see the goodness in everyone. Hopefully, other people would say that about me as well and I really hope that’s something I can bring to the character.

What do you know about Jericho already?

He’s the son of this evil guy. And when he’s very young his throat is cut. It’s going to be interesting because I wear cochlear implants and I’ve been thinking about how we’re going to navigate that if my character isn’t deaf. Will I have to take them off? Without my implants, I can’t hear anything so I will be very deaf. Like, if he’s supposed to hear things around him, I’m not going to be able to hear things, so I don’t know yet how that’s going to happen.

Were you aware of the disparity between disabled roles and actors?

Oh yeah. Yeah, that’s a huge problem – that 95% of characters with disabilities on TV are played by able-bodied actors. I mean, number one, having a non-disabled actor typically adds misrepresentation and adds underrepresentation. Because you can’t totally understand that character and what they go through on a daily basis. So for example, if you’ve had a hearing person as a deaf character, a lot of times we’ve seen sign language misrepresented and people aren’t signing it correctly. It’s not their fault. They just don’t know.

Are you going to study to be even better at ASL for the role?

I think this is actually a conversation I need to have because Jericho is not deaf. I have to ask them what [type of sign language] they want me to do… I was mainstreamed growing up and I was around hearing people all the time. I’ve always wished that I had a deaf community growing up. I wasn’t communicating fluent ASL on a daily basis because I didn’t have any other deaf people around me. But you know, now that’s something that I’m building.

I am obsessed with superheroes, I’ve always been obsessed with superheroes. Like, growing up being deaf it was not easy, but I would watch every Marvel movie with my dad. I just know so much about everything. So it’s been a dream come true. Titans is a show I would watch by myself. I have binge-watched so many DC shows before it, like Supergirl and The Flash. Like I got me so excited.

This will be your first acting role but do you feel comfortable in front of the camera because of your social media presence?

Yeah. I think that the order in which I’ve explored the industry has definitely been favourable because of that. Modelling meant I definitely got more comfortable in from of the camera. And so that’s not really something I’m nervous about.

It’s still so unreal to me – everything that’s happening. It’s been very interesting to see inside this industry and see how things work. But we got work to do on diversity. You know, that shit’s very clear – you don’t have to be in the industry to know that, but that work is being done and we are making those steps. So that’s just so motivating and empowering because I’m seeing friends like [model and activist] Jillian Mercado. She’s also signed with IMG. She’s been with them for three years, and she was saying that just in the past three years, the industry’s just done a complete 180 and platformed so many incredible people and it’s just progressing. I’m very happy to be part of IMG, because they truly listen to you. If I come to them and I’m like, ‘Hey, you didn’t caption that video’, they’ll be very understanding and be like, ‘Oh, of course, we’ll get on that right now’. They don’t fight you on things, you know? At least in my case. I can only speak from my experience.

One of the things I’ve always liked about your online presence is how good you are with continuously speaking up for your people. Do you feel a responsibility to keep on giving back?

Yeah. Well, thank you, first of all, but of course. One of the things my friend Adam Eli says is that queer people are responsible for queer people everywhere. My identity has reached so many different marginalised groups that I’m just trying to represent so many people. But at the same time, it’s really important and I always remind myself – my job is to be out there and tell my story, but the whole point is so that other people in those groups can come up with me because that’s how change is made. So I’m not trying to be like the face of anything. People need to continue to cast and sign people from my own community. And not just me. If it was just me the work I’m doing would be for nothing.