The dark side of the World Cup 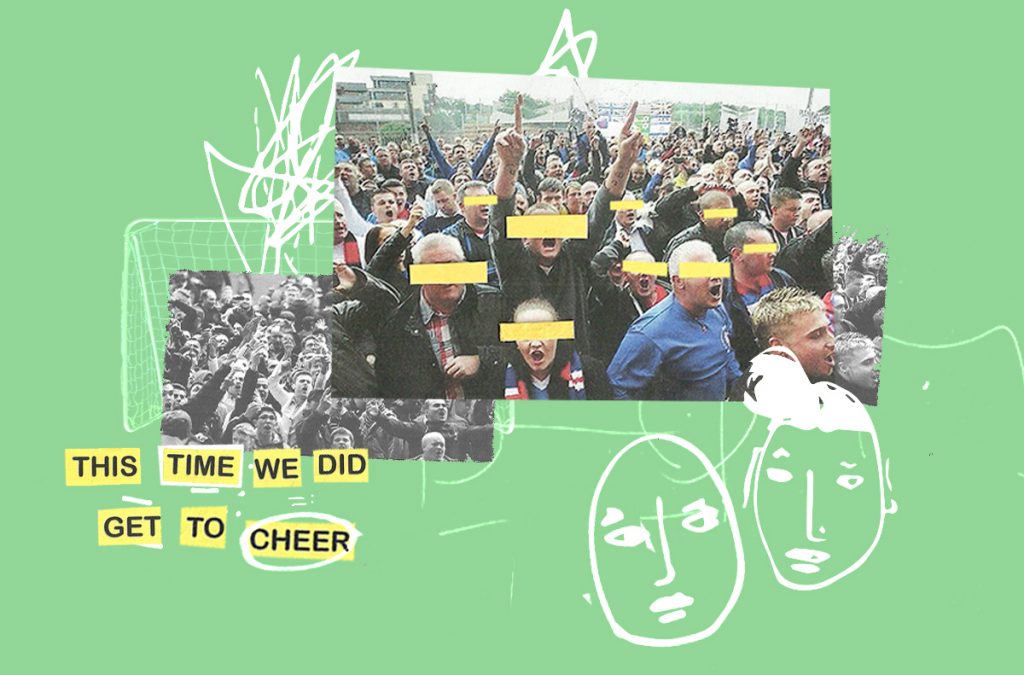 “Don’t cheer or say anything to let them know you’re Turkish.” That’s what my mum said to me during a match between England and Turkey. I was about 10 years old. “I hate Turks” spat the man stood behind us. The group in front were laughing about what they would like to do “them”, i.e. us. The silly thing was that we were watching the match in a bowling alley; I was too young to be taken to a pub and we did not have a subscription to the right TV channel at home. Unfortunately, the usual safe space for children’s parties did not translate when the football was on, and we had ended up being surrounded by drunk middle-aged men making derogatory comments about the nation of my father, the country I spent my childhood years growing up in. My dad was taken aback by the extent of the threats of violence and was particularly worried about me being in their vicinity as a child. Sadly this is my abiding memory of the game, overriding any excitement in the build-up, goals scored or even remembering the final result.

The series of these 2004 European Cup qualifiers occurred at a time of peak racism and resentment against Turks. On top of historic and religious reasons some of this was credited to the stabbing of two Leeds United fans in Istanbul in 2000. “A bad egg” – that’s how my year four self later tried to explain it to two fans of the football club in my class. As they drew Turkish people falling off cliffs and voiced the wish that they would be stabbed, I implored them to reconsider their views. While what happened was obviously a tragedy, it was not representative of the country as a whole. The comments were extremely upsetting and even now I remember thinking at the time about whether my dad would or could be accepted in this country. In classes about discrimination my hand always shot up noting nationality as a cause, naively thinking my knowing looks might have an effect on my peers.

As a football-loving tomboy I often talked about the beautiful game with classmates in the playground. As a frequent wind-up, I’d ask if anyone could name a Turkish club. The response often came as Gal-at-ass-a-Roy and I would gleefully correct them with the correct pronunciation, Gal-art-a-sar-rye. The 2002 World Cup took place during the school term and my dad excused me from lessons to watch Turkey complete their extraordinary run to third place. On my return, I was surrounded by those celebrating Turkey’s exit. Word had spread that I’d claimed my team had come close to beating eventual tournament victors Brazil in the semi-final, a rematch of an earlier group stage match following which I’d affirmed foul play (an uncontroversial point according to FIFA’s fining system). Still, I was happy to debate these points, pointing out the differences in the final finishing places of Turkey and England. Although I am both British and Turkish, the constant need to defend the latter rubber stamped my sporting allegiance.

As I grew older I began to give up on changing anyone’s mind, seeing attempts as futile and ultimately damaging to my own mental health. Anger and defiance was replaced by resignation. Sometimes I felt guilty for not speaking up on occasions, for example, at college or university when people I thought were friends (but were not aware of my heritage) made racist comments about Turkey. Queue the hot flush, fidgeting in my seat and split second decision of how to (not) react. I kept quiet, making a mental note about the racist sentiment and not forgetting it. One told an anecdote about playing a football match against a group of Turkish students which somehow ended in the confident statement that all Turks are thieves.

“Although I am both British and Turkish, the constant need to defend the latter rubber stamped my sporting allegiance”

As an ardent Liverpool fan I received Steven Gerrard’s autobiography as a present many years ago. My favourite player declared Turks are cheats, in reference to matches in club competition and the aforementioned national qualifiers. I kept these comments from my family, not wanting them to feel the same hurt and disappointment I felt. While I could often attribute such remarks to ignorance, insulting “jokes” or use of negative stereotypes about Turkey even happened in my university lectures by professors of International Relations (the irony).

My dad believes, in the four World Cups since my first memories of the “rivalry”, the animosity towards Turkey has decreased, in the main, due to the rise of the Mediterranean coast as a destination for British holidaymakers. Visitors note the friendliness and hospitality of Turkish people, an important part of the culture – quite the opposite of what was often previously levelled. This didn’t stop me, however, hesitating in attending Arsenal’s 2013 pre-season Emirates Cup in which my childhood team Galatasaray played. I was worried about being able to openly support them in an English team’s own stadium. I needn’t have been concerned. On arrival it was immediately apparent that the Turkish London community were out in force, making up the majority of supporters in attendance. Families and fans of each team sat side by side, enjoying the football together. This time we did get to cheer, proudly waving Turkish flags as we celebrated victory.