Dealing with trichotillomania: the implications for my black identity 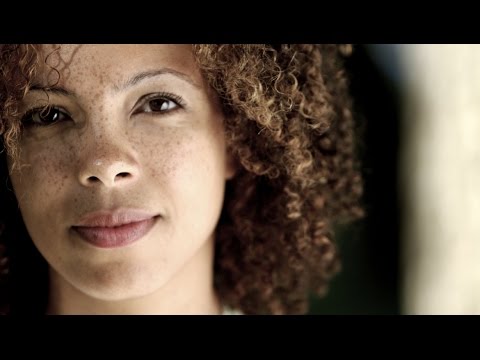 I first started pulling my hair out when I was about ten years old. I don’t remember there being a specific reason for this, or if Year Five was an especially overwhelming time in my life (it was the year I was made overhead projector monitor for the entire school’s assemblies so…) but once I started I couldn’t stop.

I didn’t know why, but I had this unrelenting urge to find certain hairs and pull them out, again and again and again. The hairs I chose would go in phases; unusually thick ones, unusually thin ones, hairs at the top of my scalp, baby hairs near my forehead, stray hairs on my eyelashes. Even though I knew it was wrong and went to great lengths to hide what I was doing, pulling my hair out just felt good.

Before long I had no eyelashes or eyebrows and my hair, once what white children and their parents would describe as “wild”, “frizzy” or “afro” was about a third of the thickness it once was. Now I would overhear these same parents intrusively ask my Mum “What on EARTH has happened to her eyelashes/eyebrows/hair?!”, I began wearing several rotating pairs of some seriously terrible “edgy” bandanas from Claire’s Accessories to cover the damage and my nanny was instructed to be on high alert for the hair pulling when I got home from school.

Unsurprisingly, all this attention only made me more anxious and ashamed and the condition got progressively worse eventually resulting in my Mum’s decision to take me to a child therapist to help with the problem. It was there that I discovered what I thought was just something weird I did, was a real life medical condition called trichotillomania that affects about two-four percent of the population.

The general medical community is unsure how to categorise the condition. The NHS page for trichotillomania calls it an impulse-control disorder but also suggests it could be an addiction and a reflection of anxiety or wider mental health problems. It is described as “a condition where a person feels compelled to pull their hair out. They may pull out the hair on their head or in other places, such as their eyebrows or eyelashes…They will experience an intense urge to pull their hair out and growing tension until they do. After pulling out hair, they’ll feel a sense of relief.”

After a while the therapy began to help and although I never stopped pulling entirely, my eyelashes and eyebrows grew back and my hair returned to its naturally thick, curly state. There were a few blips but generally I had the condition under control until about 18 months ago when a particularly toxic relationship and a subsequent car-crash of a breakup brought back my trichotillomania with a vengeance. I’m ashamed to say that at 22, my hair is again a third of its thickness, I have several embarrassing bald patches I struggle to cover up and my scalp is constantly sore and flaky.

Anyone with trichotillomania finds that the condition significantly impedes upon your life. I have to spend more time in the morning than most styling my hair- in a way that covers the thin spots or using a ridiculous amount of clips to disguise bald patches on my scalp so that people don’t see. This is an annoying but expected part of living with the disorder. Something I didn’t expect when I began pulling again in my adulthood was how trichotillomania affected my identity as a woman of colour. My background is mixed, my mother is white British and my father was half Kenyan and half Irish but he died when I was very young and neither he nor I, ever knew his black father. From age five onwards, I grew up in a family that was entirely white apart from my younger sister, and a half-brother who didn’t live with us.

I am what some people might call “racially ambiguous” and I have passed for white on occasion. While some (mainly black and mixed race people) have correctly identified me as mixed (black and white), I have been mistaken for Mediterranean, Kurdish, Turkish, North African, Anglo-Indian, South/Central American or just a white person with a perm and an all year “tan” (cheers Rachel Dolezal). My father’s mixed ancestry and my mother’s pale skin has resulted in a relatively pale complexion for a mixed race person; my eyes are a green-blue and I have freckle-sprinkled cheeks from my Irish side.

Essentially I’m the kind of mixed that when I talk about black issues or politics white people feel the need to point out on a regular basis that I’m not really mixed race – “you’re paler than me!”, “you’re not even black though?”, “you can’t talk about white privilege when you’re basically white anyway, Lily.” I own all of the light-skinned and white passing privilege afforded me over darker-skinned people of colour completely, but it has left me pretty confused as to where I really fit in. Because of this intense feeling of not belonging and a lack of any black family to help discern my mixed and black identity, my hair, which is naturally big, tightly curled and bouncy, became to me the one real thing I had that signified my blackness to myself and the world.

How does this relate to my trichotillomania? I’ve noticed that the rate that people recognise me as a mixed-race black woman increases and decreases according to how little or much I’ve been pulling my hair out. I’ve noticed that I feel more black when my hair is fuller and looks more like the hair of the other black and mixed women I know. That when my hair is healthier it becomes a weapon for transcending euro-centric beauty ideals and a fuck you to those white children in my primary school who laughed and called my hair frizzy as if that was a bad thing.

When my hair is limp and lifeless after a particularly stressful few weeks or months, I don’t just feel self-conscious about how much less attractive I look but I genuinely feel less black. When I don’t pull it hair out, my hair is literally a home-grown and organic badge of solidarity between me and other women of colour – and a sense of belonging to a wider black sisterhood that I never had access to growing up. In my young adulthood, struggling with trichotillomania has become less of an attempt to overcome a damaging impulse-control disorder. It is instead growing into a desire to overcome deeper feelings of internalised anti-blackness and to fully embody the idea that the “personal is political” in my own life.

To maintain a solid connection to my mixed identity and blackness when I have trichotillomania is not just testing but ultimately pretty mundane. I’m beginning to see it as a radical and subversive act of self-love. Fully ending this cycle of harm (or even trying to) is then for me more than just a superficial decision to look more attractive or feel more in control of myself. It is an act to love my (mixed) self enough to let the blackest parts of me be a point of pride, something I actively take care of and cherish, something healthy and bold, something so big it annoys the people sitting behind me at the cinema. Something beautiful.