Dear rich people, stop telling me how to save money 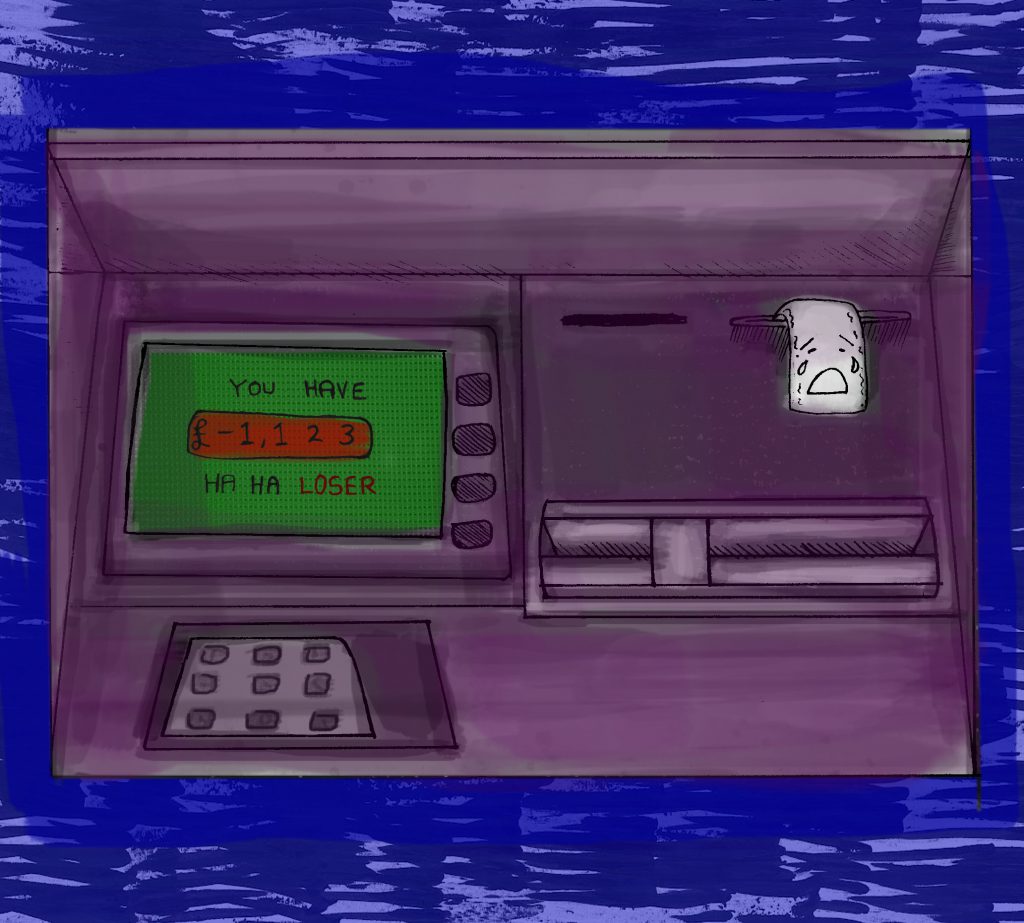 “You’ve got to remember Farnaz, that some people just start off having more than others. It doesn’t mean we won’t get there, it just means we are a bit behind.” This advice from my father rang true as I was standing in line at Superdrug, pondering over the till items. I was with a friend at the time, who, probably with best intentions, suggested “You should buy those in bulk! That way you won’t have to go back to buy more!”

This was pretty terrible advice. Growing up in a family of first generation Iranian immigrants, I learnt that when you don’t have much money, you cannot pay for the long term, because preparing for the short term enables you to survive. So why do so many people I know seem to think it’s a choice? That I somehow “decide” that I don’t have enough money in my overdraft to pay for my bills?

Not being financially stable means you have much lower self-esteem.

I have had somewhat of an eclectic upbringing. Having been educated at a private school for a few years, then heading on over to a state sixth form, I’ve mixed with people from a variety of wealths and I have come to the realisation that people who are quite wealthy have much less self-doubt in their decisions. These people believe they are more prosperous because they’ve made better financial decisions and are able to budget more ruthlessly, when in fact they’ve just had better opportunities to grow and save their money.

Not being financially stable means you have much lower self-esteem. I’m not talking about the people who have once or twice considered buying something a bit out of their price range. I’m talking about people who have to choose between lunch or travel home, who have to scramble around the whole house for money in order to get to school on time, or, on a personal note, steal art supplies so they can get their coursework done on time (sorry Asda).

I’m not talking about university students either – ironically being at university is the richest I’ve ever been. This mentality begins from a young age, where you learn that your parents are just not able to support you. Experiencing these sorts of circumstances is dangerous and can set limits on your mental wellbeing. It can knock your self-esteem because you genuinely believe that you don’t deserve nice things; you don’t deserve to eat; you don’t deserve to leave the house.

This is also why jobs with “flexible” shift work, such as retail and customer service, are so stressful – you hate working there but you can’t afford to leave, so you end up working yourself into a stressful hole.

The funny thing is, after all of this mental conditioning, you also learn that happiness seems to lie in material goods. Everyone else is doing it, so why can’t you? Why don’t you deserve a bit of material happiness? So the first chance you get, with a little bit of extra cash, you blow it. You want to belong; you want to join the party!

However, little do you realise that it’s a trap. The rich can afford to blow money to feel good or to get themselves out of a tight spot.

You on the other hand, cannot. You get trapped again, blamed for spending that bit of cash you’ve had.

These people want you to believe it is your fault. But the only fault you should be blamed for, is for wanting to be happy, to feel normal.

You constantly need to remind yourself it is not your fault. It is a circumstance.