‘Everyone was like, oh rah she can rap!’: a round of applause for Ms Banks

The South Londoner talks Black British women in rap and why she’s not afraid to let the world know her sexual preferences. 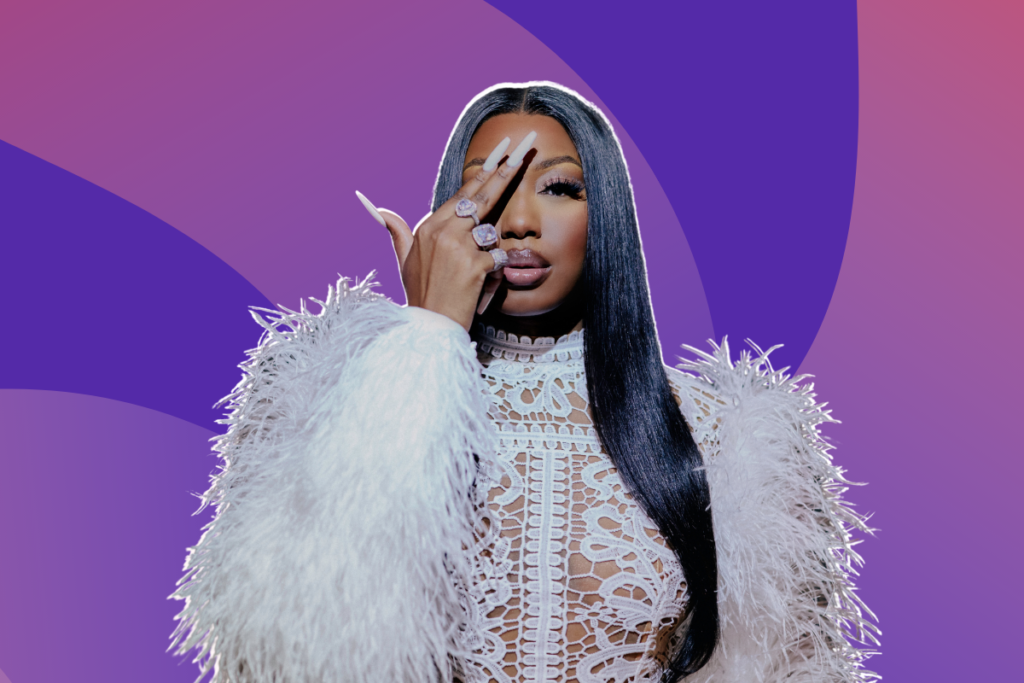 A South London babe through and through, Ms Banks has powered her way to the top of UK rap through a series of hard hitting bars complemented by her alluring, husky tone. Balancing the glamour of fiery wigs, diamante-encrusted acrylic nails with the matter-of-fact realism in her lyrics, she’s quickly taken her place in the “it-crowd” of the UK’s rap girls who command respect on entry.  She’s nothing to play with.

Her 2018 and 2019 albums Coldest Winter Ever 1 & 2 are where you can find her signature steez and she bodies any feature, giving us Afropop bangers like ‘Snack’ with Kida Kudz and playful tease ‘My Size’ with Ambush. 2020 has only seen her up the levels, nominated for XXL’s Freshman Class of 2020 and most recently, the BET Award for Best International Flow. Putting together a playlist of her “Certified” favourites with music streaming service Deezer, it becomes clear that the tunes selected are an extension of her London home turf.

“Really and truly, you may never be ready. Sometimes you just have to go for it”

Speaking to her via video while sat in our bonnets and scarves, Banks proudly tells me that she’s from South London, “all my family live in South-East, I’m still here now”. With music running in her genes, Banks was firstly encouraged to hit the studio by her uncle, who formed part of early Grime group Essentials. At first she was nervous about rapping as a career. However at 18, losing her steady job flipped the switch and she began to take it seriously. She says: “You shouldn’t wait until you’re ready, everyone’s always waiting to be ready. But really and truly, you may never be ready. Sometimes you just have to go for it.”

Barring on the block with her counterparts, she recalls going a lot harder than the mandem. “Everyone was like, oh rah she can rap! I was kind of welcomed to be honest,” she laughs. With her auntie crowning her “Banks”, as a spin on world famous model Tyra Banks, the full name Ms Banks became a natural take and has stuck ever since.

Her early influences were other Black women in music, from Whitney Houston to Lil Kim and Foxy Brown. In the British scene, Lisa Mafia was a personal favourite. “Just being the main girl in So Solid Crew and just really standing her ground, that really inspired me,” she says. Starting out, Banks backed herself too, turning up to events by herself to build connections. For her, the industry has since changed,  because of the groundwork laid by these early innovators. “When I was coming out, when Stef was coming out, there was a big gap. Women in rap weren’t charting and stuff, the time before when it happened was with Estelle, a completely different generation,” she explains.

It’s no secret that Banks is well-loved. Nicki Minaj has quoted her Yu Zimme Rmx verse, she’s supported Cardi B on her first UK tour and performed with Little Mix at the 2019 Brit Awards. When I ask her what the sauce is, she laughs. “Sometimes I’ll be done up all classy, with the heels and furs. But then sometimes I just like to be comfy and I’ll slap on trainers with a Nike tech fleece. You can still be a star in a tracksuit.” Most of all, she wants to move people. “That’s what my favourite women in music did for me, when I was younger”, she says.

With Cardi B and Megan the Stallion’s ‘WAP’ breaking the internet, Banks recent single ‘Novikov’ is icing on the cake. With the hook starting out as a freestyle, it’s a naughty one. Inspired by the time she took a guy out to dinner, the song puts Banks on the menu and runs us through exactly what’s on offer and how to finish it off. Talking about sex openly isn’t for the faint of heart and she admits, “my bridge was kinda mad. ‘Eat it up, f*ck me good, suck my toes’”, takes a little practice to roll off the tongue. With a lot of British artists being prudish when it comes to the s-word, she’s happy to break the ice. “And I do like getting my toes sucked, so…”.

From the outside looking in, it’s easy to gauge her impact. But for her, she “can’t see the car from the outside whilst she’s driving it”, so she wouldn’t know how it feels to be running things, simply because she’s too busy doing it. Her playlist choices for Deezer are a reflection of the strong history of women in rap. To her, its name “Certified” means just that. “We are the certified artists in the UK, we have the certified sound, we are the scene.” From tough talkers like Stefflon Don to SZA’s sweetheart anthems, she’s not afraid of extremes and the tracks she picked are a reflection of her own persona, with her own ‘Bad B Bop’ making an appearance. Ms Banks has curated a playlist of those running the same race, dipping into her part Nigerian heritage, most of all making sure to big up the Black women standing alongside her.

Banks’ post-quarantine plans are big, and if her track record is anything to go by, there are more hits coming. With fellow collaborators on the same wave, she’s not coming alone either.  You can hear Ms Banks exclusive “Certified” playlist on Deezer.