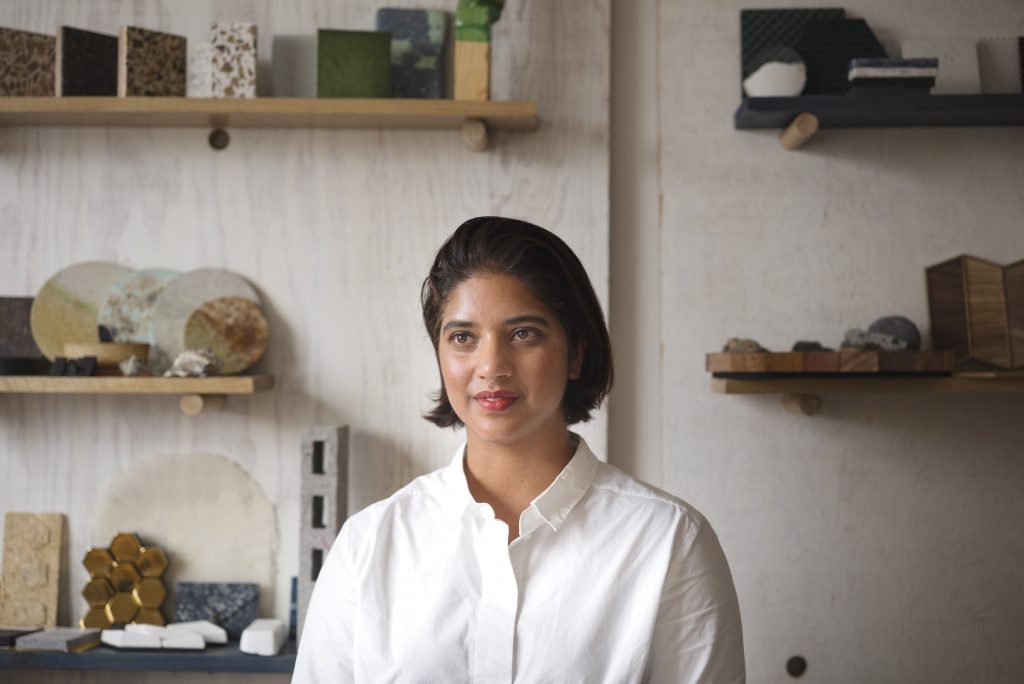 Paid for content in collaboration with Nike London: On Air

Seetal Solanki is a woman of colour designer and the founder of material research consultancy Ma-tt-er whose understanding of the world – and the words she uses to encapsulate it – will at once draw you in and throw you head-first into the future. The things you see and touch every day will take on new, faintly fantastical meanings.

Through her work, she has been pushing people to have a greater comprehension of the materials around them, and her career, which sits on the tipping point between glamour and solid practicality, has encompassed working across many different disciplines; pushing the boundaries of architecture, lighting, smart technologies, fashion and sportswear for companies including Alexander McQueen, Nissan and Nike as well as teaching interior design at the Royal College of Art.

Next week, she will be mentoring at a series of Nike London: On Air design workshops in London, which, like much of the work she does, will be rooted in ideas around identity. 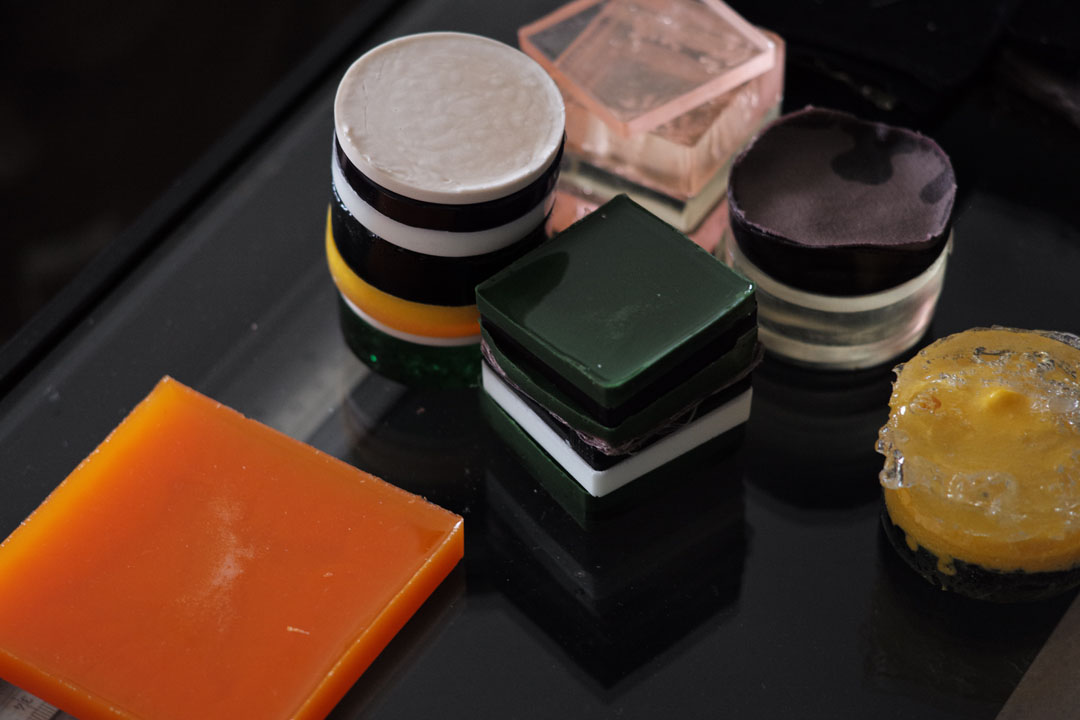 Solanki herself grew up in Leicester the most ethnically diverse city in the UK, which boasts a sprawling Indian population of almost 100,000, and says the city played a big role in her career. Although directly inspired to follow her path by her mum, who studied fashion design and would bring home beautiful drawings which Solanki pored over, the designer also cites her Indian heritage as a key factor in the imaginative way she approaches materials – she was brought up not to waste anything.

“I always dissected things, took things apart, reconstructed things,” she says. “And made alternative uses for those things – even though they might be considered rubbish or not in use anymore.” This spirit can be seen in much of her work and the things that she’s interested in, from her habit of cooking up fresh meals from scraps to a new biomaterial being developed at a coconut farm in south India, called malai. “The coconut farm water is normally discarded but it actually has a lot of fruitful bacteria in there which can be transformed into a leather-like material,” Solanki explains. “It’s grown in a vat and the more humidity there is – which is perfect for the climate in Kerala – the thicker it gets, creating a film.”

But while it’s clear she gained the seeds of her practice from being a part of the large Hindu community in Leicester, Solanki also admits to finding living there “suffocating” and not an environment conducive to her work. “You couldn’t be yourself while you’re being judged in that kind of environment,” she says. Following undergraduate degrees in jewellery, silversmithing and multimedia textiles at Loughborough, moving to London in 2005 to study for a Masters in Textile Futures at Central St Martins was her escape, and the city eventually became the birthplace of Ma-tt-er, which she founded in 2015.

“London was a dream to come to anyway because it just felt more accepting. You can create your own universe”

Her latest project, with Nike London: On Air, feeds directly into the emotions she felt around coming to the city for the first time. “London was a dream to come to anyway because it just felt more accepting,” she says. “You can create your own universe in a way. Create your own role – which I’ve done and it’s still very accepting of it; I feel like I belong.” In this role, as an eminent materials expert and creator, Solanki will be leading Londoners through the design workshops in a quest to dream up a pair of London Air Max.

Her approach is naturally sensitive. While practically, workshop participants will have access to a variety of fabrics, textiles and soles to choose from, Solanki will be asking them questions around culture, subcultures and personal experience, plus the characteristics of the materials’ identity. “What does London mean to you? And is the material telling you it wants to be flexible? Is it telling you it wants to be lightweight or, you know, cool or warm?” She wants participants to understand the material but also the space they’re designing for. “Everything we do is human-centred and it has to be really accessible and approachable,” she says. “Because everyone uses materials, whether they know it or not, and everything is made of something.”

These factors could mean that, for instance, Solanki’s own shoe might reflect the escapism she felt when she first moved to the city, the urge for recreation and renewal. For someone who grew up in inner-city London, bouncing from murky side-streets to the natural beauty and cherry blossoms of Regent’s Park, it may well mirror the contrasts of their living experience. “Bringing that into the design process is going to be so interesting because it’s rooted in culture,” Solanki says excitedly.

“Everyone uses materials, whether they know it or not, and everything is made of something”

After the culmination of the workshops, it will be up to Tottenham-born Skepta, alongside cult sportswear experimenter Alexandra Hackett and Nike designers Nate Jobe and Courtney Dailey, to select the next generation of London Air Max. The designer of the winning pair is set to travel to the Nike campus in Oregon to work on turning their product into reality. Solanki, who has worked with Nike before on shoewear in one of the “highlights” of her career, knows how good it feels to see something you’ve designed turned into a mass-market product. She was invited to design the textile for the Air Jordan 29 in honour of Chinese New Year 2015, “a pretty special collab because I used to be a basketball player for Leicester”. 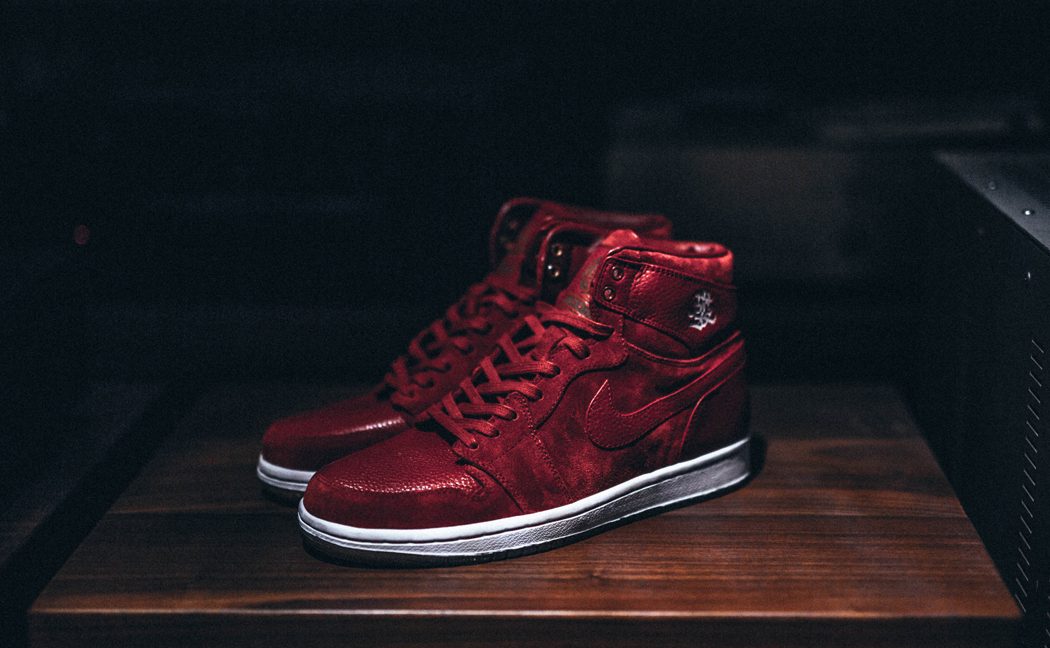 But beyond the joys of working with materials in exploratory creation, as an adopted Londoner, Solanki also recognises its inherent instability. After the Grenfell Tower fire, she pointed out that it should be a wakeup call for those of us who hadn’t ever thought about the materials around us. “In the case of Grenfell Tower, style over substance prevailed and the most suitable, flame-retardant material was not used,” she wrote in a blog post following the tragedy. “The basic human need of wanting to feel safe and trust that where we live won’t crumble or go up in flames is so fundamental we shouldn’t even be questioning it.”

One of the main roles of her agency is to bring more awareness to what a material actually is, whether through workshops with Nike or through the Ma-tt-er school, studio and consultancy and in September, Solanki’s first book, Why Materials Matter, will be released in the UK. “We’ll have materials from an everyday point of view, more scientific, and something more expansive which is the foundations of materials, air, water – things we can’t survive without which are embedded in our lives.”

Join gal-dem in conversation with London: On Air materials mentor Seetal Solanki on April 10, as we discuss women in design, social change through materials and her work with Nike