Diagnosis, expected: what I had been carrying in my body for so long finally made sense 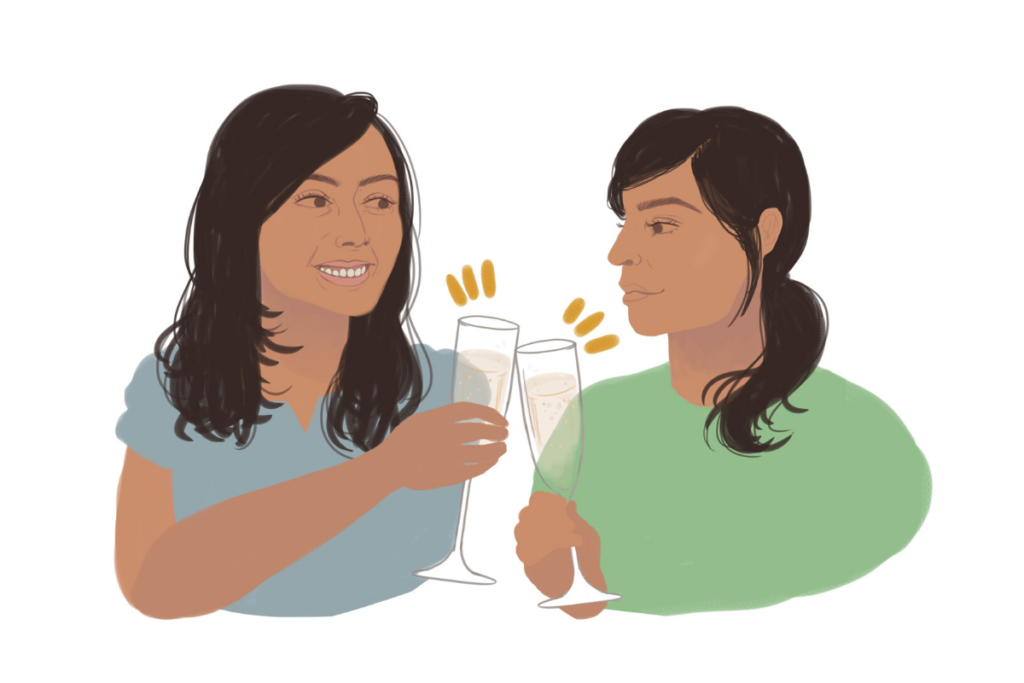 Seeing it in the movies, hearing it from people I know, I had always expected to feel a certain way should I ever be in a position to receive a life-changing medical diagnosis. The earth would splinter, and there would be sobbing, howling even. Perhaps the need to be sedated, an inability to stand on my own two feet, and everything I knew falling away from me into a huge chasm leaving me standing on a rock alone in a vast space of endless darkness.

There were months of not feeling quite right. Night sweats and exhaustion. High fevers with no warning. GP appointments with shrugs of the shoulders and dismissive suggestions that it must be my body reacting to being a single woman with three children. The stress, the tiredness… your body clearly shuts down when it cannot cope. Speaking to a doctor, I had an intriguing insight into an idea of me some may have. South Asians tend to have a lot of general medical malaise when they present themselves to practitioners – there is an overwhelming amount of aches and pains and inability to function, I heard from her. The feeling I got was one that somehow culturally we lack credibility, that our illnesses were of an emotional nature. Had this fed into the general lack of belief I received as I went to appointment after appointment without any result?

Three years before my diagnosis, I had been sent for a mammogram due to sensations in my breast that I’d suffered, alongside a feeling of being incredibly tired and run down. A quick examination and scan led to the doctor notifying me there was nothing to be concerned about. What followed was three years of pain and exhaustion. With every GP visit was a blood test and a referral to another specialist; each time the resulting discussion was to “wait and see”.

“The feeling I got was one that somehow culturally we lack credibility, that our illnesses were of an emotional nature”

Finally, five successive blood tests, an insistence that my breast was not right and the sore throat I had suffered for over a year led to me being referred back to the breast clinic. This time, a mammogram and examination led to an almost identical brush-off until a doctor did an ultrasound and, after querying why I felt all the symptoms I described, took a biopsy to be sure. I remember vividly welling up as he asked if he had hurt me. That was not the case. He had heard me. I felt seen.

Four days later, I was called to immediately get to the hospital. The surgical lead delivered the line: “I am sorry — it is cancer.” My response? “Of course it is – that would make total sense.”

Did I for one moment think it was a mistake? Did I go into denial? I absolutely stated I would not be surprised if someone called later saying, “Oops we made an error.” I did for a moment remember the many times I had fought to be alive and questioned whether it was just my time. Yet what I had been carrying in my body so long finally made sense – a piece of the bigger picture slotted into place. This is life. My life.

A stream of information, surgeries, therapies, chemotherapy, Herceptin, plus the need to tell work that I would be out of action for the year ahead, followed. I took notes when the surgeon offered reconstruction further down the line: a “diep” – the moving of muscle and fat from my stomach to my breasts. “So I will have the six pack I have always wanted?!” I exclaimed to my medical team, their faces ashen.

As I came out of the hospital, having been delivered my diagnosis, a dear friend arrived at the entrance with a steaming hot tea in hand and a fierce hug to bring me back, closer to my world. A mix of numbness and sheer practicality kicked in: “I have three children. Whatever I do will impact how they deal with this. I am their certainty at this moment in time. This chapter in their lives could not be the defining one. I have not fought so many battles to let it be so.”

““I have three children. Whatever I do will impact how they deal with this. I am their certainty at this moment in time”

Arriving home, mindful of not drawing attention to the dressings from the tests, I held my children, read stories and saw the younger two to bed. Looking at their faces peacefully unaware of what was to come, I felt sadness and determination that nothing and no one would harm them, or would change the path of security and love I had set them on. I’d spent years unpacking my grief and trauma away from my children; boulder by boulder I’d fought to ensure my wall was not one that bound them.

Taking a deep breath, I took the bottle of bubbles I had chilling in the fridge, popping it open as I looked at my eldest who had received an offer from her chosen university. I had slipped out as she went to an exam, and arrived home as she did. Pouring out two glasses and curling up on the sofa with her, listening to her plans to live her best life, I kissed her.

Looking into her eyes, our glasses clinking, the pride in me swelling at the strong independent human she had become, I smiled.

“It will be tough, it will be exciting, it is all out there waiting for us to fight for it. You will do it, we will do it, nothing needs to stop us.”