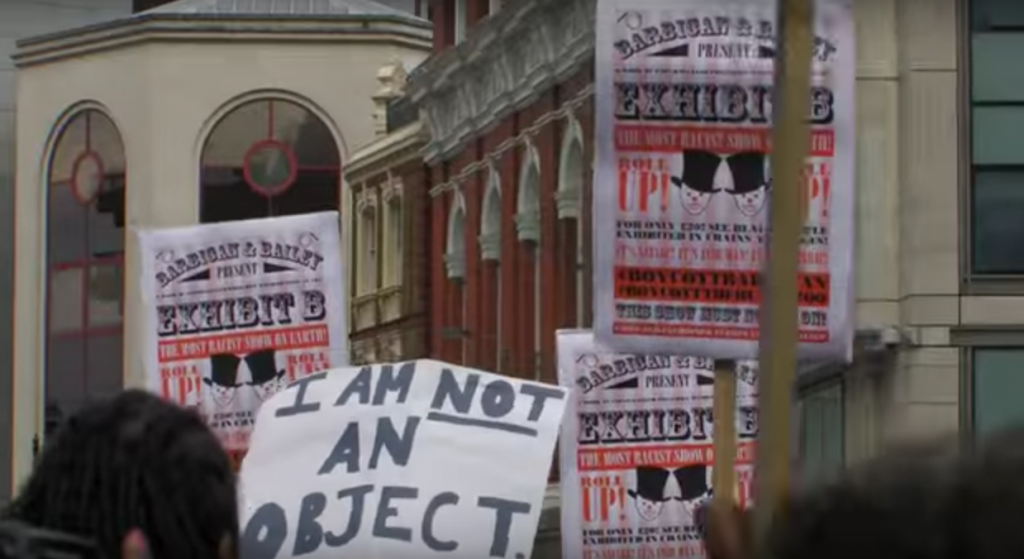 Museums house the material evidence of civilisation; the organisation of objects within them create narratives that illuminate our contemporary realities. Thus, if the stories which are so vital to understanding the past are told by white curators and artists, it is no wonder that the idea that civilisation is created by white people continues to hold sway. This lack of representation works to exclude people of colour from mainstream art institutions; that is, to make us believe that cultural spaces do not belong to us. Diversity schemes were introduced in the late 1980s as a way of tackling discrimination of this nature. Since then, not only have they been embraced by many of the major museums in the UK, numerous charities have also been set up with the aim of promoting them. Despite this, seeing a person of colour in a museum or gallery is still rare and exhibitions such as the Tate Britain’s recent (and completely uncritical) take on colonialism, “Artist and Empire”, continue to be produced.

So why have diversity schemes failed to make the museum sector more inclusive? I believe the answer lies in the fact that diversity schemes within mainstream arts institutions work to uphold white supremacy by propelling the myth that, as James Baldwin puts it in his essay Stranger in the Village, white people are “the creators of civilisation and therefore its guardians and defenders”.

Diversity schemes promote a culture of add-ons; they entail adding the culture of the “Other” to the mainstream culture, the latter being Western and white, through staging exhibitions that address issues of concern to people of colour and by inviting said individuals to become visitors or staff. Diversity schemes do not entail a total reconfiguration of the structures of the museum, in order that the histories, arts, issues and ways of life pertaining to people of colour are integrated into everything that an institution does.

Even if in the long term, as the curator Kimberly F. Keith has argued, diversity schemes can lead to the development of shared values and a change in the museum’s narrative, I suspect that this will always be limited. Diversity initiatives within the museum and gallery sector are premised on exclusion and the inferiority of the Other. People of colour are invited into the museum, precisely because of their ethnicity, their mark of difference. And, it is due to the “benevolence” of the White Western museum that they are granted access to culture. As such, diversity schemes cannot quash the painful experiences which cultural entrepreneur David Osa Amadasun argues has led people of colour to develop “strategies of self-policing and elimination with regard to places of ‘high’ culture”. An example he gives is when a friend says to him “black people don’t go to galleries”, or as I am often told when I let on that I have a degree in art history, “you’re so white!”

What is more, in their current form, diversity initiatives are incapable of setting in motion a sequence of events that might eventually lead to the changes that Keith envisages. They run for short periods of time and employ people of colour on a temporary and often consultative basis. This allows museums to parade their “commitment” to diversity and thus fulfil short-term funding targets. In the process, denying people of colour the experience necessary to take on managerial positions.

It is not too dramatic, then, to suggest that as they currently stand, diversity initiatives within the museum and gallery sector are redundant. Their inability to alter the fundamental structures of the museum, means that they do nothing but shore-up the notion that they are the gate-keepers of ‘high’ culture. Diversity schemes only go as far as to allow people of colour to contribute to culture, rather than participate in it on an equal footing, and then it is white people in all their ‘civilized’ ways that recognise the need to make culture more inclusive and invite us into the museum!

To end, I want to give an example of a project that is the antithesis of programmes typical of the diversity model. In 1992, Fred Wilson staged Mining the Museum at the Maryland Historical Society to mark 500 years since the so-called ‘discovery’ of the Americas. Wilson searched through the museum’s storage facilities for objects pertaining to slavery. He then juxtaposed them with the 19th century furnishings and ornaments particular to the bourgeoisie of the time, and which had dominated the Historical Society’s displays up until his intervention. In so doing, he completely altered the narrative of the space. He brought the history of slavery to the fore for the first time in a museum located in a largely African American area, and highlighted the extent to which it contributed to white prosperity. I mention Mining the Museum because I think that it is an excellent starting point for devising contemporary BME-led projects, aimed at exposing the racism propelled by the museum and transforming it into a truly inclusive space.