Emily in Paris is a Netflix show built on white fantasy, not reality

Why do foreign films and TV shows set in Paris always fail to capture the city’s multiculturalism? 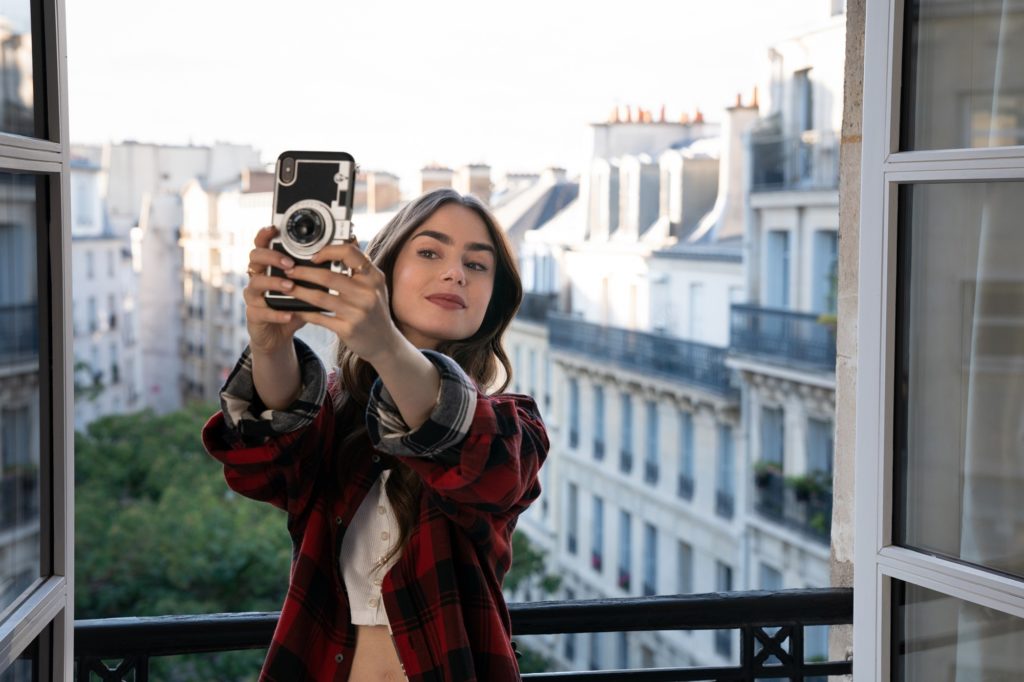 Like everyone else, I binged the new Netflix show Emily in Paris. The storyline is typical — a white, Very Beautiful Woman moves from Chicago to Paris because of a new job opportunity. Travelling across the ocean, she dumps her boyfriend within a week of being in France and now lives in a huge apartment with a stunning view of the city. Throughout the series, Emily navigates her relationship with sexist French colleagues, her hot neighbour from downstairs and her mean boss, who smokes cigarettes for lunch. But there’s one problem — the show isn’t actually based on the realities of living in modern-day Paris, but a complete white fantasy which erases the diversity of the city.

Despite all the dreamy escapism that Emily in Paris offers, the series has the same issue as every other “foreign” film or series taking place in Paris — it remains extremely white. Aside from Julien’s character, a Black man with no other role than to give the main character advice, the only woman of colour is Mindy Chen, a nanny and aspiring pop singer, and she isn’t even French! In Emily’s Paris, French women are white, thin, and can afford to wear a different luxury bag everyday. As a Black woman living in Paris, this series does not even come close to my reality. It’s just a romantic fantasy that focuses on the first eight districts of the city, which are the richest and the whitest.

I know that fiction has no obligation to represent reality and the conversation about diversity is nothing new, but it’s frustrating that the representation of Paris is always the same. Almost every foreign film or series like Gossip Girl, Midnight in Paris, or Sex and the City, struggles to portray the Paris I see every day. Café de Flore is not the only bistro in Paris, people do not all look like catwalk models and there is no accordion performer on every corner. You’d think a Netflix series made in 2020 wouldn’t be stuck in the early noughties, when marginalised communities “didn’t exist”. Yet there are so many ways the creators of the show failed to diversify the storylines and the cast. Emily in Paris could have been the perfect opportunity to present a real portrait of the city, one Parisians have been craving for decades.

“We need to question why this ‘romantic’, white-washed version of Paris is the one we keep coming back to. We also need to ask why women of colour aren’t a part of the narrative”

How were the producers able to ignore the multicultural neighborhoods where different languages can be heard one metre from another? How could they, when scouting for locations to shoot in, overlook the homeless people, the unsanitary streets, the crowded underground, the rats running along Canal Saint-Martin, or even the demonstrations that take place almost every day? What about the strong police presence, the crowded streets of the Châtelet neighbourhood, the fast food restaurants, or the deafening noise of cars? Paris is a city of love, fashion and haute cuisine, but it’s also so much more. So why can’t all of this be represented in storylines set in Paris? We need to question why this “romantic”, white-washed version of Paris is the one we keep coming back to. We also need to ask why women of colour aren’t a part of the narrative.

Women like Emily do exist in the city, but they’re not the majority. The women I see everyday rush into the metro at 8am to go to work, with dark circles decorating their eyes. They’re Middle Eastern, Asian, Black. They’re all different sizes. They’re queer. They wear fast fashion. They live in crowded apartments. They listen to hip hop music and dance to Aya Nakamura’s music. They eat kebabs in the streets at night, they defend other women who are harassed in front of them. Because La Parisienne is also that. The women are all different and they don’t conform to a single stereotype.

The one thing the show does well is capturing the culture of French sexism and sexual harassment, which is still considered by many as “harmless flirting”. There’s the creepy landlord, then the boss who is 20 years older than her and still insists on buying her lingerie and then the guy who tells her he wants “American pussy”. The conversation around the #BalanceTonPorc (#ExposeYourPig) movement, aka the French Me Too, is important. If anything, it demonstrates the fact the show’s writers were capable of touching on other social issues happening in Paris. It would have been powerful to see references to the Gilets Jaunes movement, which has been responsible for demonstrations against social inequality taking place every Saturday since November 2018 or mentions of the demonstrations that have happened against police brutality. I guess it’s quite clear that these topics are “too controversial” for a fairytale set in Paris.

Perhaps the show does a good job in reflecting the exclusivity of the advertising industry in Paris, but it manages to paint a completely different city to the one I live in. One thing is for sure, Emily is not living in my Paris.