How do you find home when you’ve moved 15 times? 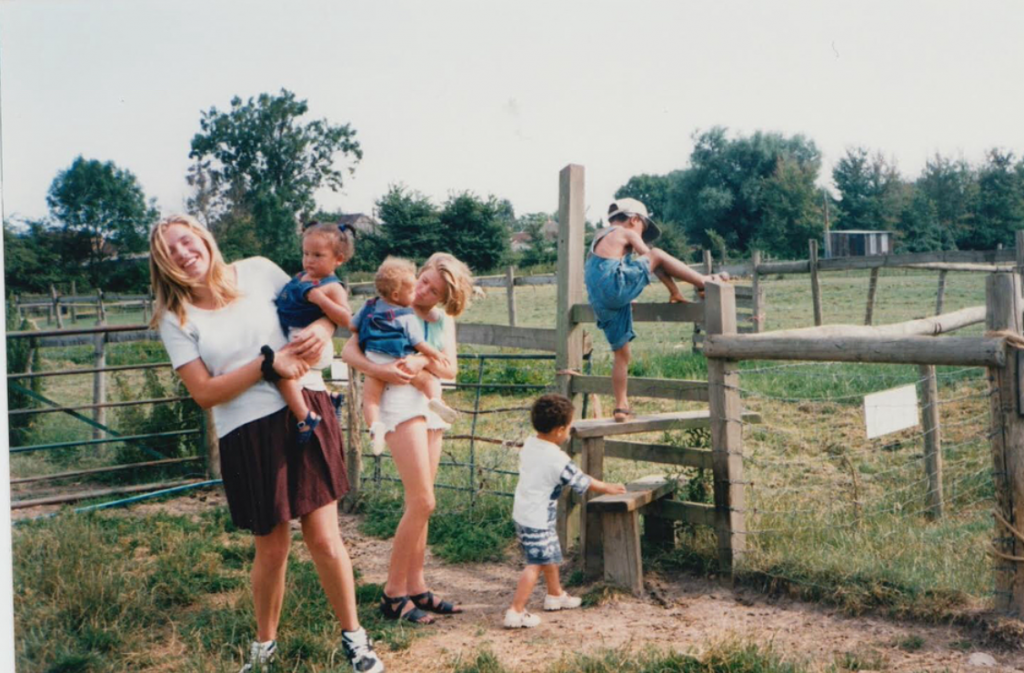 I’ve called 15 places home. Between south east London and the West Country I’ve lived in a bungalow, eight flats, at the end of sleepy cul-de-sacs and in tall townhouses where my bedroom doubled as an office for my cousins. I’ve called a space on my mum’s friend’s floor, made into a makeshift bed from sofa cushions, home. I’ve called apartments that look like they’ve climbed out of an episode of Friends, home. I’ve spent countless nights next to my snoring mum packed into spare rooms of other people’s homes. Carried my home in a plastic bag, lived out of a storage unit.  For the past two years I’ve swapped between spending the night in a bed or on a blow-up mattress in the kitchen of our one bed flat; smack bang in the middle of an estate that sits between the notorious Millwall football ground and a not-so-notorious New Cross demolition site.

It’s where Lewisham council take months at a time to empty overflowing bins, where you’ll open the door in the morning to entire kitchens dumped under your windows when people can’t get into the scrapyard and where the postman comes in for a cuppa to fill my mum in on all the block’s gossip. It’s home for now, but what is home when nothing is fixed?

I don’t want this account to sound dramatic. I had a happy childhood and didn’t live in poverty. We’ve had landlord deadlines but haven’t been forcibly removed from our homes, we haven’t had to rely on food banks and whilst there have been times where I haven’t known where I was going to stay that night, I’ve never thought I’d have to sleep on the streets. I’ve always felt I was safe enough to ask friends for help. Uncertain and unhappy, but safe. Amongst our many moves, spurred by London’s ridiculous housing market and a self-employed single mother’s need to think ahead for survival; we’ve adapted and relied on friends and family. But moving this much is truly a madness and in the mix of it calling two very distinct and different areas home can be confusing, lonely and a fucking pain in the arse.

I was born in Camberwell, south east London in 1994. After putting my mum through three days of labour in the middle of a sticky July heat wave I finally arrived at 4am. A skinny baby with curly black hair and long legs that already bent at the knee, looking like some beige Kermit the Frog.

As the only child in a one parent home, I am the last person to carry my family’s name. The first brown skinned kid of humble country folk, cockney factory workers, a wasteman from Nigeria and a woman who’s better friends with my mates that I am.

I went to a school where people emphasise the “r” in every word, surrounded by flood plains and industrial estates. People knew my nan, my mum and my cousins and I felt loved and seen, but not secure. I could rely on people for favours and they could rely on me too. I was friendly with people’s grandma’s, their aunts, the stepchildren of their baby daddy’s new girlfriends and I didn’t risk getting into too much trouble because it felt like everybody knew who I was. It was a world of Ugg boots, sovereigns, familiarity and a blurred line between family and friendship. I had a strong set of friends and somehow those of us who shared a skin tone darker than paper found our ways to each other.

I sat in class friends with boys whose dads supported the British National Party and who later grew up into English Defence League candidates themselves. I walked into rooms where teachers accused me of catching an attitude before I even knew what the word meant. I watched an incorrect account of the history of this country be taught and was even asked by a man employed by the school to reveal the colour of the inside of my lip to unveil that even me, a girl with skin that’s brown all year round, also had the same pink flesh in my mouth.

I was constantly in flux, between knowing I belonged in the town and recognising that this was openly and indirectly questioned by those around me. I knew that I deserved to claim the place as home but that I also had another more familiar home in the capital. I wanted to argue my right to an existence but didn’t have the words to articulate it. How can I argue against these people about who I am and where I belong when I don’t even know myself?

My mum always told me I was a south east London girl. I silently cheered as Charley Uchea entered the Big Brother house and defended Camberwell, Brixton and Peckham as being more than just the gangland BBC presented it as. I sat for countless hours in the back of cars watching as Lewisham grew taller, places disappeared and local legend Fritz ran through the streets getting louder and louder. I stood in Catford singing along to Estelle and Baby Blue and got just as pissed off as every other 12-year-old (that knew nothing about grime) about Nikki S representing Camberwell on ‘Southside Riddim’. But my world’s didn’t match. They didn’t add up and they didn’t understand each other. Both wanted to take parts of me, chew me up and spit me back out when they were done. And with both areas fighting their own fight to forge identities, they still do.

I came back to London for good when I was 17 to the usual questions: “Where are you from?”, “What are you?” and “What’s your other half?”. As the questions rolled in my mum began telling Uber drivers, waiters, neighbours and anyone else that asked, that we were West Country girls. Soon enough every answer of mine felt like a betrayal. A betrayal to my school friends who saw my time in London as a holiday and believe me to be theirs. A betrayal to my cousins, aunty and nan who created my loving home in the West Country and a betrayal to my group of south London girls that pride themselves on being from the roads connecting Camberwell, Peckham and Lewisham, and the links we have to everyone on them.

With an accent so neutral and lacking in a distinct regional identity, the questions eventually slowed down and I rebuilt my life in the blue borough. Every now and again the question comes up and an explanation of both doesn’t suffice. I’m not quite Nigerian enough, not English enough, not the image of the West Country or enough of south east London. People will tell me who I am, what I am and why this fits based on their own life’s trajectory. Outside opinions stop me from answering in less than 10 words and when critical follow up questions arise I’ll always leave feeling guilty and vex, not quite being able to describe my attachment and distance to both.

I’m not sure if I can truly attempt to define home by drawing together food and music references, but it’s all I have to bind together this jigsaw puzzle. I am both south London and the West Country. Contrasting, confusing and amongst too many other intersecting identities and discourses to define in one sentence.

Home is crossing the river back to the south side. Home is the smoke from jerk chicken cooking in a drum mixed with the faint whiff of a zoot, signalling the start of summer. Home is anticipating my auntie’s trifle at Christmas and hearing my cousins calling me upstairs to cackle at local gossip. Home is the taste of cacaolat frío and sound of a tannoy on the back of a truck wailing “any old iron”. Home is where my name is Dais, but home is also where my name is Ifama. Home is the sound of Zion y Lennox, white tank tops and gold rings squeezed onto every finger. Home is the smell of bubblegum car wash, hairspray and fake tan but home is also afro puffs tied to the slide, baby hairs slicked down and bottle of Pink.

Home is both and home is neither.

From gal-dem’s second print issue, on the theme of home