From virtual showrooms to fashion films, this year London Fashion Week’s gone digital. gal-dem speaks to 5 of the most exciting designers. 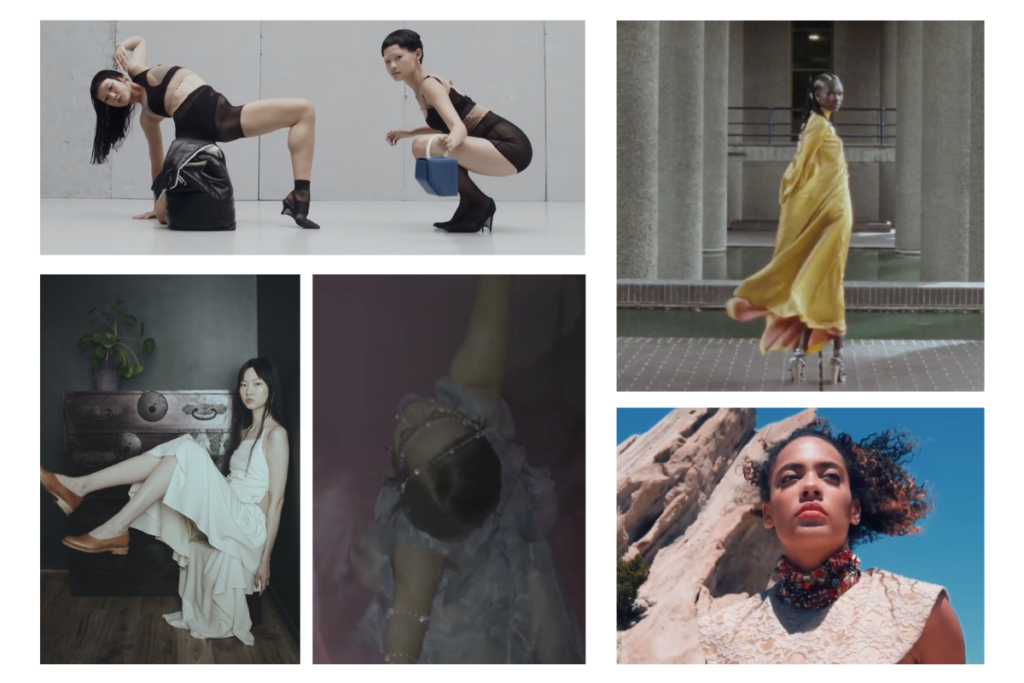 Spotlighting emerging designers has always been at the heart of London Fashion Week (LFW) and despite the big-name shows, discovering new talent has kept it exciting. Due to this year’s pandemic, this season’s event took a digital turn and traded its typical Soho location for a multimedia website. While there were some physical events on the roster, the majority of designers chose to share their work online by creating fashion films and virtual showrooms.

Widely heralded as a celebration of Britain’s fashion industry, LFW has historically been filled with majority white designers. Although progress has been made, it still is lacking in diverse representation. This year’s new digitally-focused approach allowed for more racial inclusivity in the selection of designers.

From opulent modest dresses to tailored shirts and warrior-inspired prints, we’re celebrating five exciting women of colour designers from LFW. With an aim to sustainably design and tell stories of their culture, these designers are crafting collections that express themselves.

Made in London, SABIRAH is a luxurious modest label characterised by a refined, classic style. Created by stylist Deborah Latouche, the brand was born out of her desire to find stylish clothes for herself as a Muslim woman. The latest capsule collection includes sharply tailored blouses, voluminous skirts and bold pops of colour, tying into her Caribbean heritage. True to her eco-friendly ethos, each piece is crafted from fabrics left over from couture houses, resulting in exclusive designs for all women. “Modest dressing is about feeling beautiful and elegant,” she says to gal-dem. “I want women to feel elevated and regal when they wear SABIRAH.”

For Janny Ye, designer of seventyfive, hand-making clothes is an intimate way to connect with memories and share family stories. Based in North London, she grew up in two different parts of China before moving to Canada. She brings aesthetics of transnational Chinese culture and diasporic fashion into her brand. She harnesses the traditional garment construction of North-Eastern Chinese cheongsam dresses and utilises a calligraphy brush in the natural dyeing process, Janny manages to blend old and new techniques in her recent collection, Fragments.

“I’ve witnessed a few generations of Chinese in China, Canada and the UK play with the styles of the East and West,” she says to gal-dem. “And I hope seventyfive can represent changing Chinese culture as I’ve experienced it.” A made-to-measure approach has allowed her to slow down the design process and create consciously. “I want to make things that last as long as the memories which inspired them,” she says. “And can be passed down.”

Japanese-born artisan designer Kiki Ito spent the formative years of her life in Japan before relocating to her dream location Los Angeles. After moving to London to train at the London College of Fashion, she launched her contemporary accessories label, Kikiito. Fusing Japanese minimalist aesthetics with quality craftsmanship, her latest collection MUGEN, named after the Japanese word for dream, sees elegant bags shaped in geometric styles and accented with clean details and harmonious colours. Often taking inspiration from her background, her previous collection JO-NETSU was influenced by her childhood passion for gymnastics. Kiki’s philosophy is to encourage women to “just be you” and her pared-back bags are a way to inspire confidence in day-to-day style.

For LFW, DUMEBI launched a film titled, ‘Female Warriors’, which depicted four women prowling through the desert in ornate and elaborate dresses. “This film embodies the beauty of sisterhood,” says founder Barbara Biosah. “And importantly, the beauty of being women of colour.” Decorated in handmade devoré designs, batik textiles and soaked in vibrant colours, her clothes are an ode to her British Nigerian background.

As a Londoner, Barbara grew up attending Nigerian parties and was fascinated by how the flamboyant clothes worn by the attendees reminded her of ‘90s haute couture shows. Her collections champion her African heritage and she’s got plans in the future to open a brick-and-mortar store. “DUMEBI is for strong, independent and confident boss women from all backgrounds,” she says exclusively to gal-dem. “She is a goddess!”

Susan Fang is garnering attention due to her innovative take on textiles. Originally from China and brought up in Canada and the US, Susan’s heritage often serves as a catalyst for her designs; in both technique and style. Inspired by traditional Chinese craftsmanship, the Central Saint Martins alumni developed a new method of fabric weaving, allowing clothes to hold a precise silhouette, yet move freely with the body – inclusive of all sizes. Often photographed in the breathtakingly natural landscapes of Xinjiang and streets of Shanghai, expect glass-beaded accessories, tiered dresses and bubble-shaped silhouettes.