gal-dem in conversation with WoC comedians 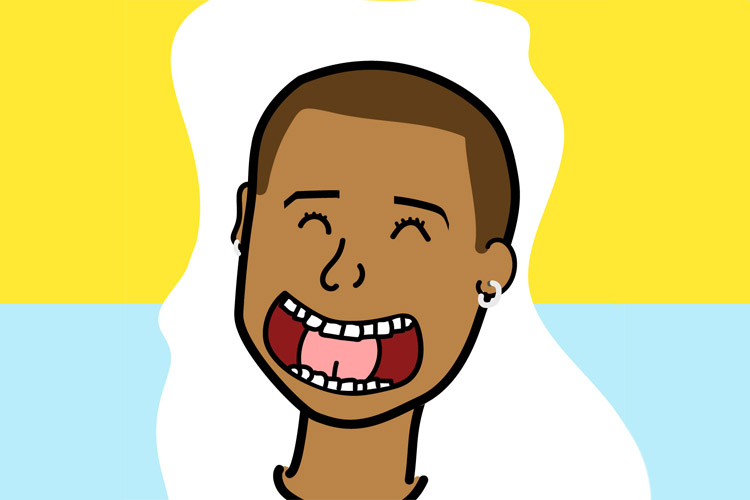 The 1st of March marked the first gal-dem Women of Colour comedy night. If you weren’t lucky enough to get a ticket, never fear. We met with some of the acts performing to catch up on their journey into comedy, who they consider as role models, and where to draw inspiration from… 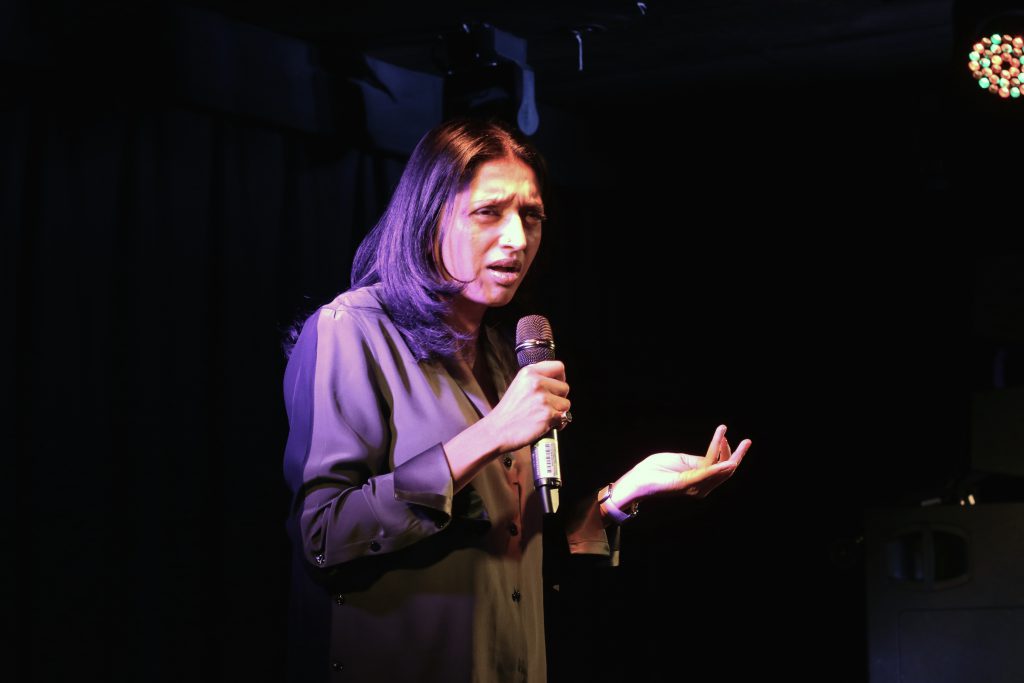 gal-dem:  So I guess a good place to start is, how long have you been in comedy for and when did you start?

This isn’t a simple question to answer and I don’t want to write a PhD on it here… So to put it somewhat simplistically – I don’t feel my race/colour is an obstacle within the industry. I think, along this dimension, if you’re funny and professional it’s a pretty level playing field. There are other dimensions along which things may not be so level (again, long complex answer).

Is there something you would never joke about? Is there anything that is completely off limits?

I am very much of the opinion that anything can be joked about provided the joke is clever and/or honest. Comedy is about jokes and sometimes very, very good jokes work because they make us uncomfortable – to then use this against them is bizarre and kills stand-up as a form. The thing to keep in mind is whether the joke is cheap or simply provocative. If it is, that’s a problem. So, topics are not off limits, shitty jokes are.

What advice do you have for WOC if they want to start performing comedy?

Who in the industry do you look up to right now and who are your biggest influences?

Everyone in comedy is doing what they know, the way they know. There isn’t one particular way to “do” comedy. So I learn from literally everyone – my peers and those some years ahead of me. It’s not about looking “up” to anyone, I think it’s about looking “to” everyone and learning. I know this sounds bad but it’s the truth.

Some comics I love to watch are Wanda Sykes, Kathleen Madigan, Aparna Nancherla, Louis CK… But it’s crazy to leave this list at this because there are so many more names!

I was so nervous I could hear my heart booming in my ears like I never have before. I was completely blank as I walked on stage. I have no idea what I was saying (even though I knew what I intended to say and the video of the gig proves I was saying those things) because all I could think was, “I can never stop doing this. Not ever.”

I got heckled/ignored/talked over/jeered at by over a 100 people at a gig in Delhi. I was on a stage way over them and I couldn’t really see them but I could hear them for sure. I had to do 20 minutes and I did 17, wrapped up and got off stage. I thought I was going to throw up.

Why the fuck do I never stress eat salad?

And where can we find you next? 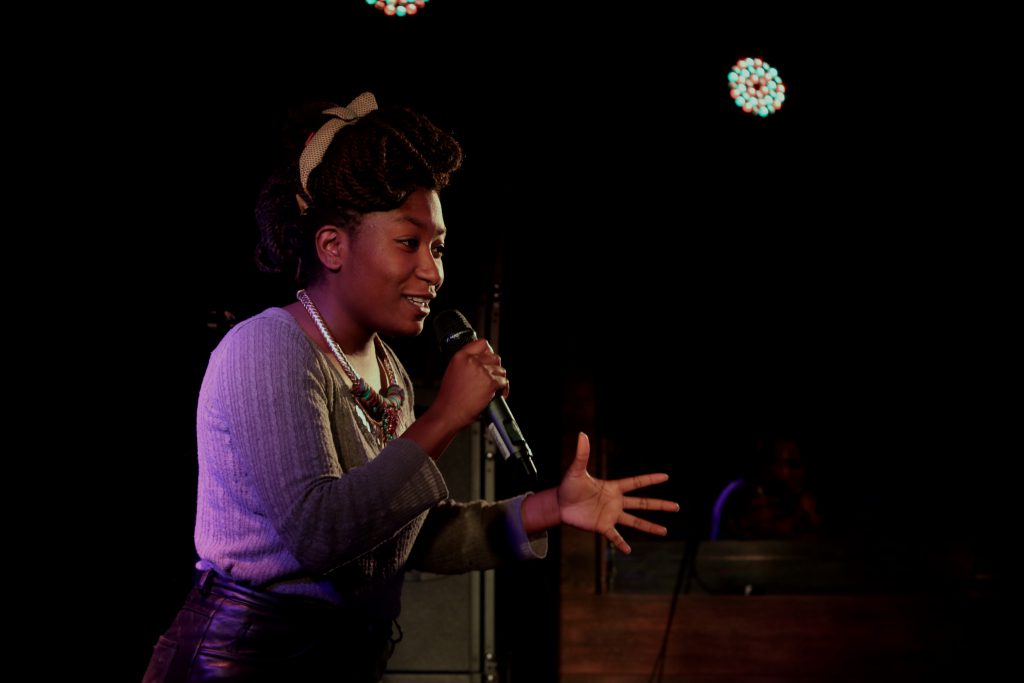 gal-dem: How long have you been in comedy for and when did you start?

Sophie: Do you mean stand-up?

I got hooked on the comedy Kool-aid at university ages before I ever started doing solo stuff, mainlining the wonder drug that is improv*. I always felt kind of punk compared to stand-ups with a scripted set, disrupting stages with ZANY CREATIONS and living in the moment…
Then a couple of years ago I just decided overnight I wanted the mic. It was like my biological comedy clock kicking in. I was a grown-ass woman who had read Virginia Woolf, I needed “A Stage Of My Own” and five hundred pounds a year**.

*If you don’t know what improv is, it’s simultaneously the whitest, male-est, most middle class of the comedy art-forms (in the UK at least) and also the most liberating and democratic. Go do some!

**I have a “real job” so am lucky not to have to live solely off comedy quite yet.

In group photos I am always either under or over exposed.

Is there something you would never joke about? Is there anything for you that is off limits?

I don’t have rules for what I think comics should or shouldn’t be allowed to talk about. Finding joy in dark places or trauma is cathartic and can be belly-achingly funny. I find my limits in topics I don’t feel I have authority to talk about or challenge.
That said, I routinely have to sit through transphobic comics, comics who mime beating their wives and/or children onstage, people with privilege punching down for cheap laughs, and I wish they would all either find their limits or get in the fucking sea.

What advice do you have for WOC if they want to start performing stand up?

Who in the industry do you look up to right now/ who are your biggest influences?

I can’t get into the comedy heroes bit because it’s too long. But, a quick rep of my WoC in the comedy industry I certainly can do: Not only are all the comics on the gal-dem bill fire (I’ve seen them all), you should also look up others including: Desiree Burch, Athena Kugblenu, and Yuriko Kotani. I’m crushing on some melanated comic actresses including Susan Wokoma and Abiola Ogunbiyi, and Michelle Tiwo. Madeline Addy is also a comedy producer who I rate bigtime.

I’m also inspired by a lot of non-comedians who just have humour in dey bones: Bim Adewumni, Janelle Monae, Lizzo, Lady Leshurr. Leshurr in particular is freaking hilarious and we both have a bit on Dolezal.

I did fifteen minutes (possibly) as part of a night of a three-hander night of comedy called THREEWAY at the Aces & Eights in Tufnell Park. The poster was a shot of the heads of me and two of my best friends (both lovely and hilarious white boys) ”in bed” together, like a sexy reverse Oreo. I was bricking it, but I went on, and I didn’t suck. I made the exclusively white audience confront the horrifying reality of their privilege! But also laugh. I think… It’s a blur.

Last year I was compering a festival show* and decided to use a slightly rowdy bloke who kept calling out as an audience volunteer, ’cause I thought he’d pipe down and behave once the spotlight was on him and he was outshined by my brilliance. This was my first mistake. He put me in a headlock and then grabbed my co-host’s arse. BECAUSE HE THOUGHT HE WAS BEING FUNNY.

Also, once I was onstage in New York and a white guy shouted out “You look like Bob Marley!”
That one was fine though, I was totally chill about it. No woman, no cry.

This question is the comedy equivalent of asking to touch my hair.

Where can we find you next?

Sofie Hagen Is Alone With Other People @ Phoenix Artist Club on 7 March. 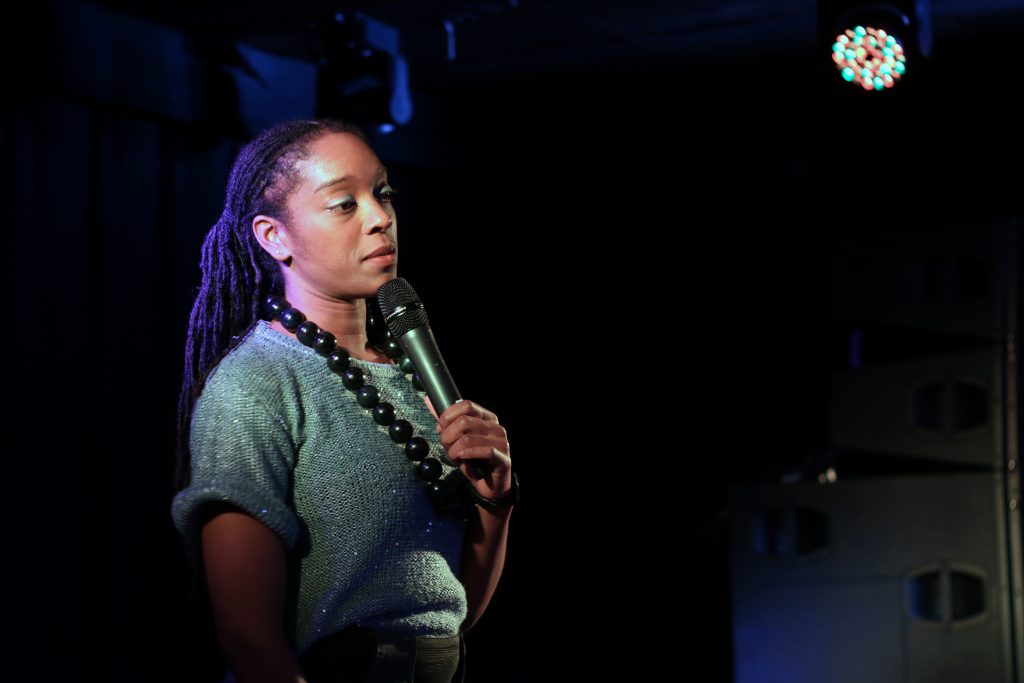 Gal-dem: How long have you been in comedy for Athena and when did you start?

Athena: I started in May 2012, so this is my 5th year of performing, I wasn’t any good for the first 3 years though…

Being mistaken for every other black female act on the circuit, constantly being challenged on the themes of my material (“why do you talk about race all the time?” – do white acts get challenged when they constantly do material about their partners, children or political correctness? Nope!), performing to mostly white audiences…this is an interesting one. There are non-black comedians who will perform at one black show with a mostly black audience, have a good gig and can’t wait to tell me about it. They fail to realise that one experience that’s a big deal to them is something comedians of colour experience 15-20 times a month.

Is there something you would never joke about? /what’s completely off limits?

I think I would joke about anything. If there is a subject I haven’t covered it’s because I haven’t thought of anything meaningful, different or funny to say about it.

Is comedy a realistic career choice?

Yes. There is a good living out there for anyone that knows the secret of how to make strangers laugh.

What advice do you have for WoC if they want to start performing comedy?

There is nothing out there stopping you. The courses are out there, the gigs are there and our voices are needed. If anyone has the life experiences to draw material from, it’s WoC.

Who in the industry do you look up to right now/ who are your biggest influences?

Where do you get your material from?

The enduring perseverance of patriarchy and white supremacy.

I once made a woman cry. She walked out. She was white but I swear I wasn’t having a go, I asked an innocent question like, “What’s your job?”. I don’t think she’d had a good day and it set her off. As for hecklers, I either ignore them or instantly react with a hilarious line that makes them question whether the universe needs them to ever speak again.

I don’t like this one anymore but I don’t really do one liners….

Why don’t Africans go on cruises? That’s how they got us the last time.

Where can we find you next?