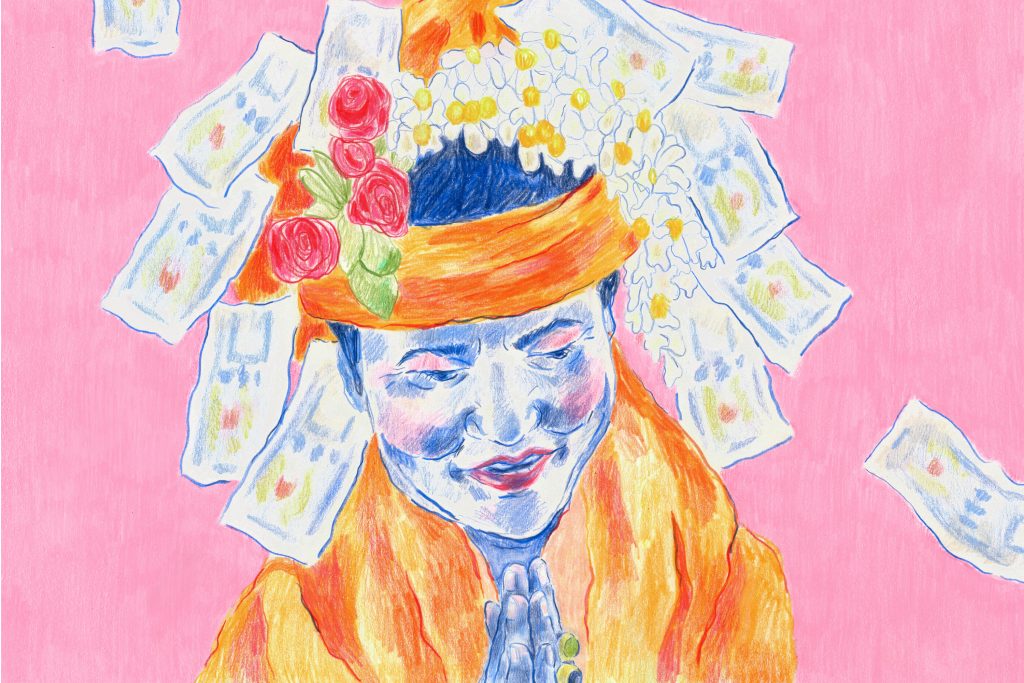 I question almost on a daily basis whether my gender is valid – whether I’m pretending to be gender dysphoric, whether I’m being dramatic about being in danger or whether I’m part of a trend. I can’t help but think these feelings are a direct response to an increasing climate of transphobia in British society, where people feel justified to claim others’ experiences and identities as invalid. It’s hard to believe you and your feelings are valid and legitimate when you have thousands of people online and in the media claiming they’re not.

I think this is even more complicated when your own gender identity doesn’t fit in the binary, and when your own journey and transition does not follow the “logical” steps society expects you to follow. I haven’t medicalised my transition, and I’m still unsure of whether, or to what degree, I want to. I’m at peace with that and okay with figuring it out in my own time and in my own way, but it seems like everyone else isn’t.

Something that’s helped me in legitimising and understanding my identity has been learning about pre-colonial indigenous trans identities and specifically in my case – having a Burmese mum – South East Asian identities. Seeing evidence of their existence for hundreds of years and seeing them thriving regardless of the obstacles they’ve faced has fortified my beliefs and helped challenge my society-induced imposter syndrome.

The recognition of my queerness and transness came alongside learning more about gender and sexuality through my degree in Anthropology and South East Asian Studies. I was able to read, learn and create a language for myself which fits my internal emotions better than anything I’d had until then. Specifically for me, it came from reading a book called Smile As They Bow by Nu Nu Yi.

This book is one of the few Burmese novels translated into English, and it follows a nat kadaw over a week-long festival called Taungbyone Nat. Nats are Burmese spirits, and the term nat kadaw can be translated into “spirit wives” – they are mediums who can communicate with nats and are able to give blessings to people in exchange for donations. Nat kadaws are either women, or gay men, but mostly trans women – with the latter especially being believed to be closer to nats due to their gender identity. Taungbyone Nat Festival is the largest nat celebration festival in the country, with nat kadaws from all over the country going to Taungbyone village for the week to perform.

Reading the book and reading essays and articles about nat kadaws seemed to massively put things into perspective and sparked not only a personal interest in the topic itself but also shifted something within me. Suddenly I had an intrinsic reassurance that my uneasiness with manhood and masculinity was not an anomaly, but actually, something that had been part of my heritage for years – it had just been hidden from me.

Of course, when talking about Burma, it’s important to acknowledge and understand the violent history of the Burmese military and government, who are responsible for persecution against the Muslim ethnic minority Rohingya (as well as other ethnic minorities within the country). For anyone thinking of visiting or travelling to the region – I’d encourage you to really think of the purpose of your visit, and of active ways for you to support the local communities you’ll visit while not lending support to the government, military and the country’s elite.

In 2018, I went to Burma on my own and specifically to Taungbyone. In a country where homosexuality is illegal and where people can’t legally change the gender they were assigned at birth, it was pretty surreal seeing a large number of gender non-conforming and trans people (both nat kadaws and festival visitors) in a space which seemed safe and freeing. I felt honoured and blessed to be able to see them dance and perform rituals and to donate money to them. While I know there are still lots of issues in the country in regards to LGBTQ+ rights, I was happy to see these individuals being venerated, making money and expressing their gender freely.

What impacted me personally was seeing a much less rigorous expression of gender (in this case, specifically in individuals who were assigned male at birth), that fell outside the manhood/womanhood and masculinity/femininity binary I’m so used to, which is also often applied to trans people.

It’s hard to put into words what I felt there, as it’s emotions I struggle to truly understand myself. I’ve never lived in Burma and I have never massively been part of the Burmese diaspora – yet I experienced a sense of familiarity and safety I’d never had before in witnessing their gender expression. I don’t know how these people identified, and a lot of them might not fit the definition of “trans” we are accustomed to, but the power in seeing visible defiance of gender expectations was incredibly impactful and liberating.

Before going on my trip, I had a running joke with my friends that I was being a white girl going to “find herself” in South East Asia whilst living the backpacker dream. Having been back in the UK for a while now, it’s very evident that I did not find myself (as expected). Despite how visiting Taungbyone had a massive impact on my gender identity, I also know that my experience is incomparable to the trans and gender non-conforming people in the country, especially nat kadaws, whose identity is so deeply embedded in Burmese animism. It’s not an identity I mean to claim.

However, what I’ve learned about nat kadaws in Burma, kathoey in Thailand, hijras in India, mak yong in Malaysia and the many, many other trans identities which exist outside a Western paradigm, is that transness is not a new concept, and more importantly, transness does not have one look or expression. For me, reading, and then seeing evidence of people who historically challenged gender norms proved that “new” trans identities which the media say are made up and attention-seeking, are not new. They can be found in different forms, contexts and expressions everywhere. And that’s beautiful to see.

If you can, please donate to Restless Beings or Rohingya Women Development Network