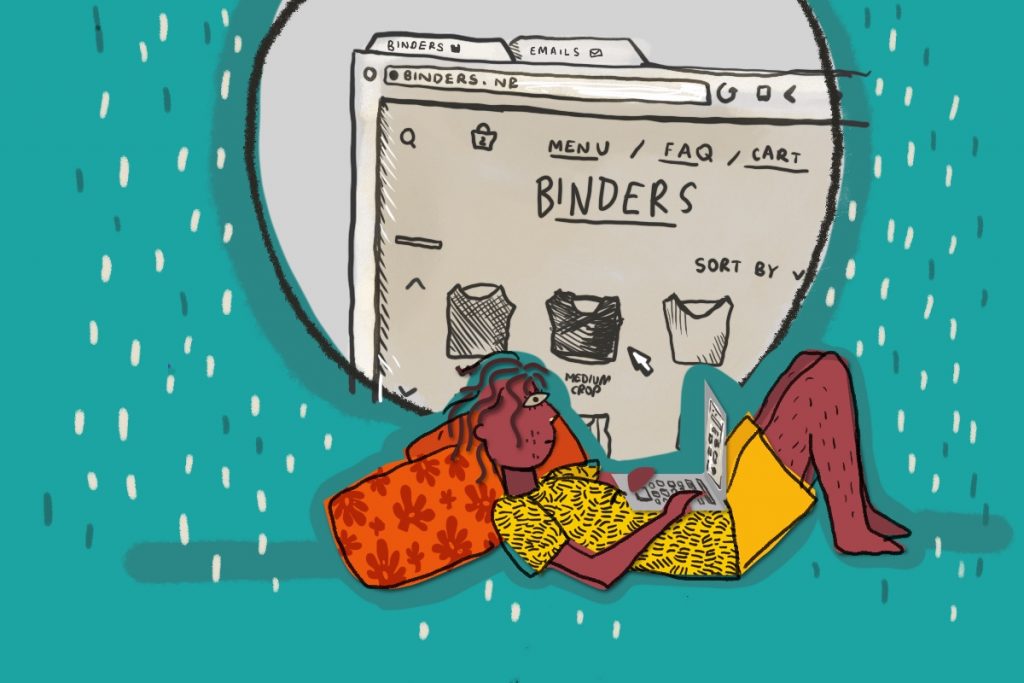 It’s difficult to articulate why I’ve hesitated to buy a binder before now. I’ve lied about having one in the past as an attempt to seem like a more authentic non-binary person to a friend I was trying to impress. I’ve even hit “add to cart” many times, then closed the browser. I have even interviewed binder-makers for articles, including GC2B, the brand from which I have now actually made a purchase. I’ve gotten so close, but something always stopped me.

That feeling is the fear of not knowing what my body will look like when my breasts are bound flat against my chest. I like my boobs, generally. No, let me be clear, I have learned to like my boobs. In the past, I have struggled to like them and to be satisfied with their size, which has grown, and their shape, which changed after the first time I took the Plan B pill. It isn’t news that a good chunk of AFAB (assigned female at birth) people struggle with body image, and breasts are of a particular nuisance considering how they’re viewed by society.

“learning to love my body was great, but I still felt limited by it and it took me well into adulthood to figure out why” 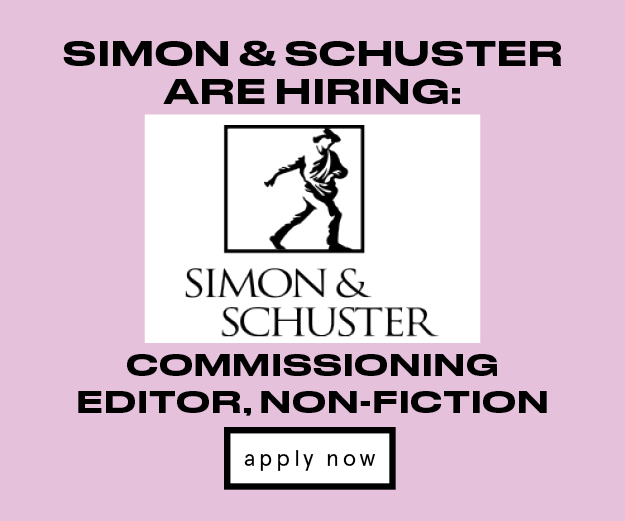 When I was young, I was thin and athletic and frequently teased for being flat-chested. This carried on through the majority of middle school and high school. I wore a padded bra during those years to avoid the teasing, which led to a fear of being touched lest someone discover my secret – so “second base” was forbidden. When my chest started to round out in my late teens, I was thrilled, and never missed an opportunity to show them off. I wore a low-cut prom dress, my padded bras changed to gel-enhanced ones for extra cleavage. I moved to New Orleans when I was 24 and started working at a strip club, and I was happy to have something to show off.

But that clashed against the lingering feelings I had about my gender – learning to love my body was great, but I still felt limited by it and it took me well into adulthood to figure out why. I didn’t learn the word for it until I was 25, but when I did, everything I had felt about myself started to make sense.

And when it comes to gender dysphoria, it’s usually my hips that are the problem. I know I can flatten my chest if I need to, but it’s a bit harder to hide my wide-set hips and a bit difficult to find masculine clothing that fits them. When it comes to expressing my more masculine side,  I struggle a lot with “passing”. It’s something that has always felt impossible for me. And, yes – I don’t have to pass to be valid in my gender identity. Also, by virtue of being non-binary, I exist along the spectrum. I am happy being one or the other or both or neither and existing in the liminal space. But that doesn’t stop me from wanting to inhabit this alternate, more masculine version of me. It doesn’t stop me from saving pictures of actor Avan Jogia on Instagram and wishing I looked like him, being jealous of the way clothes fit him, the way he walks, the easy, cool masculine energy he gives off.

“I have distinct femme days and masc days, though mostly I exist somewhere in between”

The fear of buying a binder now, at 30, comes from a place of already having done so much work to love my body as it is, and then now changing its appearance again. Not a permanent change, of course, but I’d have to get used to a whole new reflection in the mirror. The emotional labour was daunting. But in that fear was something I couldn’t let go of. But what if, what if… what if it suited me? What if I felt something? What if I liked it?

When I came home from work that day, the package was waiting for me on the kitchen island in a small white envelope. Unassuming and indistinguishable as to what was inside, discreet packaging to protect young gender-nonconforming kids who need to hide.

I’ll admit, my anxiety kept me from trying the binder on right away. I came up with any excuse – it’s too hot and my skin is too sweaty, or I’m just not feeling masc enough today, or my breasts are tender due to my oncoming period, or the typical I’m too tired. All of these things are true, but what is truer was that I was nervous. Do others feel this way, I wonder? Or are they so thrilled that they rip the package open and slide their binder on their body right away?

“It wasn’t the chest I imagined it would be, but still, I noticed the change in my shape”

I finally went for it one morning, having the benefit of my brain being too sleepy to stop me. Binders are tight and I was worried it wouldn’t fit, but after some squishing and readjusting, I got there. I’ll admit that it wasn’t as flat as I thought it would be – my breasts are fairly large for my body so this makes sense. The extra fat and tissue was redistributed and still there was a fair bit of cleavage going on. It wasn’t the chest I imagined it would be, but still, I noticed the change in my shape. After putting on a man’s shirt I’d gotten from H&M that never quite fit properly – I took a look at myself in the mirror.

The overwhelming feeling was that my shoulders looked broader – selfishly I thought of myself as having that Chris Evans Dorito shape, wide at the top and slimmer at the waist. It’s a shape that to me, is undeniably masculine.

Part of being non-binary, for me, is that this isn’t something I want all the time. I have distinct femme days and masc days, though mostly I exist somewhere in between. So having a binder enables me to make these presentations feel more separate from one another. No longer a woman in man’s clothing – androgynous, yet still feminine – but a boy. Or, at least, as close as I can get to the boy I feel I am. And while my breasts are non-binary, bound or not, as is the rest of my body, the fluctuation between masc and femme brings me joy. It feels more concrete, more real. This enables me to be a more accurate version of me.

I’ve always viewed myself as a project: I allow myself to be constantly changing. Standing in front of that mirror, I kept thinking about how excited I was to go out in the world with my binder, with this new way of presenting myself. Helping my body to feel more aligned with my gender feels like a success.