I was bullied as a child after the SARS outbreak, now it’s happening again with coronavirus

The recent outbreak of illness has reminded me of being a nine-year-old victim. But this time, I’m fighting back through memes. 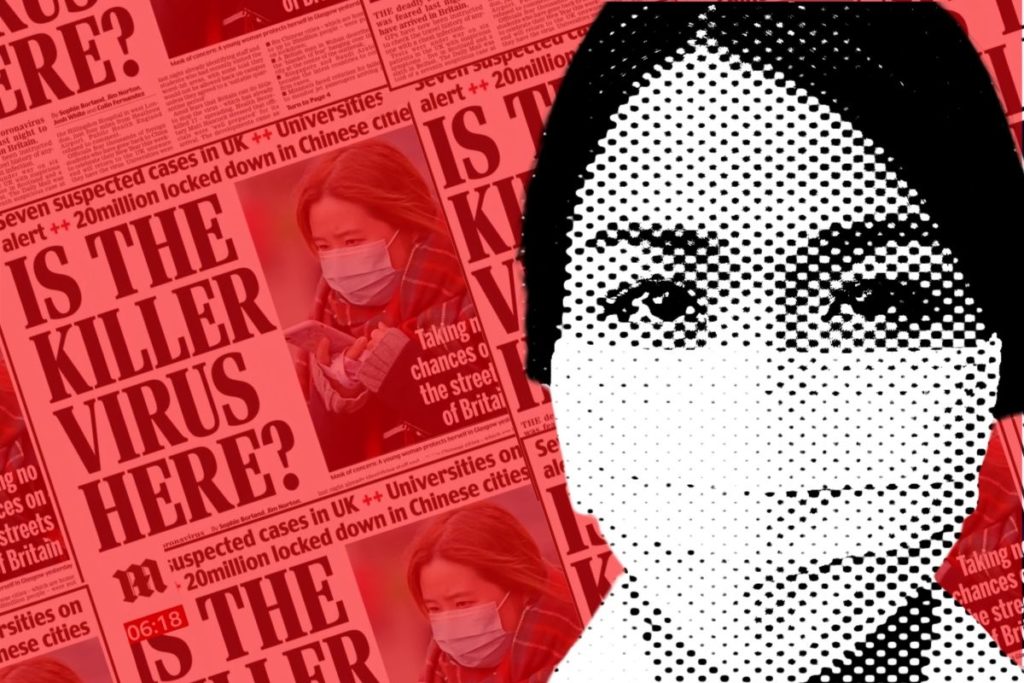 When the news broke on the coronavirus, I anxiously checked the reports on how many fatalities there were. Whilst my heart broke seeing the death toll then at 76 (now 213), my stomach also sunk thinking about what the virus would mean for the East and South East Asian diaspora in the West. In 2003, when SARS broke out in China, I was nine years old and growing up in Australia. School became an absolute nightmare. My friends told me that their parents said they weren’t allowed to hang out with me anymore because I would give them SARS. I was relentlessly tormented in the playground for being “diseased” and “yucky”.

It’s a lot for a nine-year-old child to scrub their own skin in the shower every night until it is raw, hoping to wash off the “germs” everyone around them had convinced them they had. I even remember fearing I was going to die from SARS, which at the time infected 8098 people, killing 774. The fear was completely irrational as the majority of the victims were in China, a country I hadn’t even visited since 2001. Back then, I didn’t know how to handle racism so I just let it chip away at my self-esteem, well into my adult years. Now, 17 years later, the racism behind another virus outbreak in China is still just as rampant. Unfortunately, what’s changed is with social media, the spread of sinophobia is not only faster and wider but more toxic.

“It’s a lot for a nine-year-old child to scrub their own skin in the shower every night until it is raw, hoping to wash off the ‘germs’”

Over the Lunar New Year weekend, news platforms and social media accounts shared false information about the virus. One that stood out to me was the Daily Mail posting a video of a Chinese travel blogger from 2016 consuming bats in Palau, suggesting this was the cause of the coronavirus. I knew this would exacerbate problems as some more unique aspects of Chinese food and culture has always been demonised. A French newspaper also published an article deeming the virus as a “Yellow Alert”, they apologised for the headline however the damage was done as a friend messaged me to say they had been forced off a subway in Paris for wearing a mask.

It was infuriating for me to hear increasing stories from my East and South East Asian friends about how they were being treated in public, people staring at them for coughing, or accusing them of having the coronavirus because they felt sick. The Guardian even released a report on how East Asian people in the UK were facing hostility along with Chinese people in Canada. Memes were also being shared around about the virus and people were firing off jokes, all whilst the death toll in China rose. Even I started to worry about how I was going to be treated on the street, so I decided to speak out about it.

Little did I know what would become of the Instagram memes I hastily made and the angry rant I posted as the caption. They reached over 55,000 people, and it doesn’t look like the interactions will stop any time soon. I knew there was going to be backlash, but I was honestly shocked by how racist it all was. I’d thought maybe as society progressed, the “yellow peril” narrative against China would be less prevalent. Guess I was wrong.

Quickly, my inbox became full of people messaging me saying Chinese people “deserved” what they got. People said it was China’s fault for eating “weird” food and that we shouldn’t help China because their government was “evil”. Countless people accused me of eating bats, they said I was part of the problem and was going to spread the disease myself. They said I was dangerous to the West and that I should just “go back to China”.

I am still receiving threats, some with racial abuse and some accusing me of fraternising with the Chinese Communist Party. I am also trying to assist a few of those who shared my content and have received more serious threats too. People said I was being too dramatic and overreacting about the fake news and sinophobic articles being shared, yet a man in Sydney has already died from the “yellow peril” rhetoric spread by the media. He collapsed in Sydney’s Chinatown and died of a medical issue unrelated to the virus because people refused to administer CPR  due to a viral video going around of people apparently “collapsing” on the street in China. Reading that article was when I was finally reduced to tears, it really showed me how dire the racism could be. What if my parents in Australia collapsed in public right now? They’re old, with medical issues. What if they were also left for dead because people can’t overlook the racism in the media?

Through all the anger I am dealing with right now, I am also deeply concerned about the virus and its victims. As the World Health Organisation declares the coronavirus a “global health emergency”, I am anxious about my health and the health of the people around me. But the sinophobia and the racism is just absolutely unnecessary and literally does nothing to prevent it from spreading.

As always, there is a light at the end of the tunnel. Despite the hate I received, I have also been overwhelmed by an influx of support. I do hope that as my community of East and South East Asian people come together to fight the white supremacy dragging us about coronavirus, we also realise we have to work harder to tackle the racism within our own community. I don’t know what will come of the virus and how detrimental it will be to society, but I do hope, for now, we can all band together, support each other and fight against the racism that affects all people of colour.