If you don’t want Boris Johnson to be prime minister, join the Fck Boris street festival 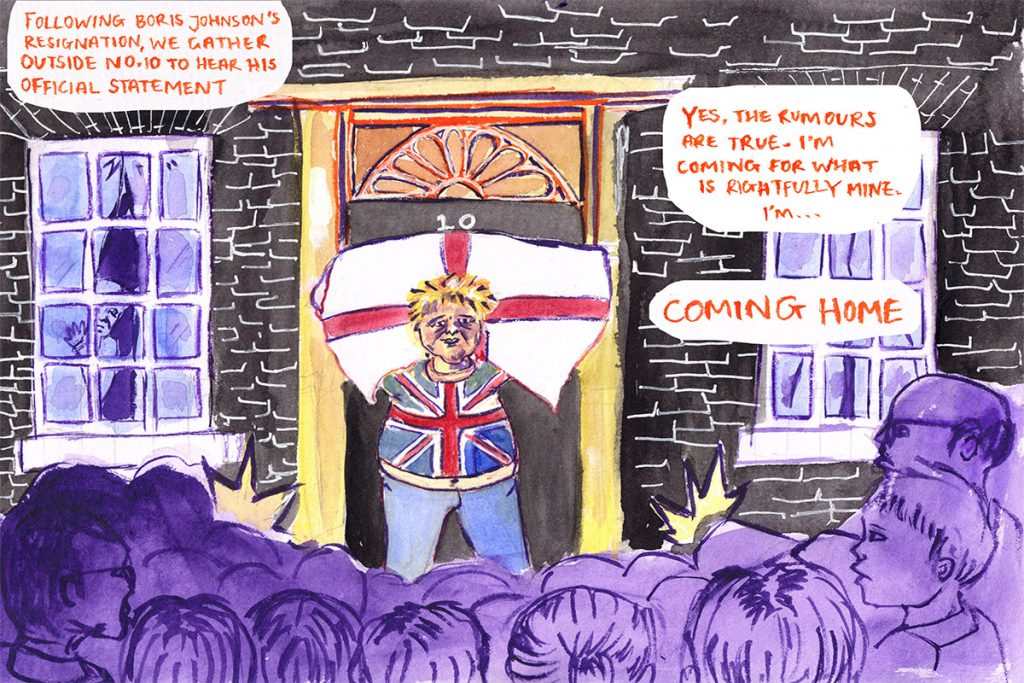 On 24 July, it is almost certain that Boris Johnson will become the UK’s next prime minister.

Our prime minister will be a man who has described black people as “piccaninnies” with “watermelon smiles”, compared Muslim women to “bank-robbers” and “letterboxes”, and referred to gay men as “tank-topped bumboys.” Boris’ long list of inexcusably awful actions also includes being sacked twice for lying, helping his friend arrange an attempted assault, and making careless comments about Nazanin Zaghari-Ratcliffe resulting in her continued incarceration in Iran. The list of what the mainstream media likes to euphemistically call his “gaffes” and “indiscretions”, goes on and on.

The media loves to portray Boris as a maverick and as a bumbling buffoon – but these benign descriptions belie his true nature. This fastidiously constructed personality successfully masks the depth of the threat he poses. Boris is not uniquely evil – he is just one of the truest representations of the violence, cowardice and ignorance of the Conservative government. Boris is Conservatism without the veneer of respectability.

What is most chilling is that in a terrifying and telling sign of the times, his lack of statesmanship no longer matters. Boris is a symptom of a party and of a ruling class that is increasingly encouraged by its symbiotic relationship with an emboldened far right to drop any pretence that they care about anyone other than themselves. While the presence of the far right allows Boris and his ilk to shift the bounds of respectability ever rightwards, the legitimation, acceptance, and coronation of Boris and his “gaffes” – by which we mean his unrepentant and open racism, sexism, and homophobia – enables the growth of fascism.

Boris is is the product of a ruling class ideology that is centuries old; one that relies on the exploitation of the vast majority of the world’s population for the benefit of an elite few. A recent Channel 4 Dispatches investigation found that over half of the 160,000 Tory members who will have a say in Boris’ election (the vast majority of whom are white men over the age of 65) believe that Islam is a “threat to the British way of life” and support reinstating the death penalty. This means that the people electing Boris aren’t representative of the population/could be characterised as an elite group of people with abhorrent views.

It is a mistake to think that the system Boris inhabits could ever function without racism, misogyny, homophobia and other forms of violence and discrimination. He is a fitting heir to a government responsible for the hostile environment, for the Windrush Scandal, for over 300,000 deportations, for the fact that one in 10 Grenfell survivors have still not been rehoused, for 130,000 austerity deaths, for the nine disabled people who die every day while waiting for a decision on their disability support, and for countless other acts of violence towards the most vulnerable and marginalised in our society.

Boris is not an aberration, but for this very reason it is important to critique him as all the more unacceptable. As people of colour, migrants and women, we have always been at the frontlines of state violence – and always at the forefront of resistance. This is often not reflected in the histories we are taught, or in the mainstream narratives of who gets to be heard, but regardless, it is crucial that we lead the fight against Boris’ succession.

“We won’t stand by quietly and be scared into submission”

On 24 July, when Boris will likely give his first speech as prime minister, a street festival will be held in central London, to let him know that we reject him and his government; that we won’t stand by quietly and be scared into submission. That we see his flimsy, fickle, elitist ideology and we say: nah.

If you share our outrage, or feel Boris doesn’t represent the needs of your community, join us and bring music, art and noise to show the new prime minister and the government exactly what we think of them. We will come together to celebrate the power of our communities, and to show that their appalling treatment of our communities will never be a match for our humanity.