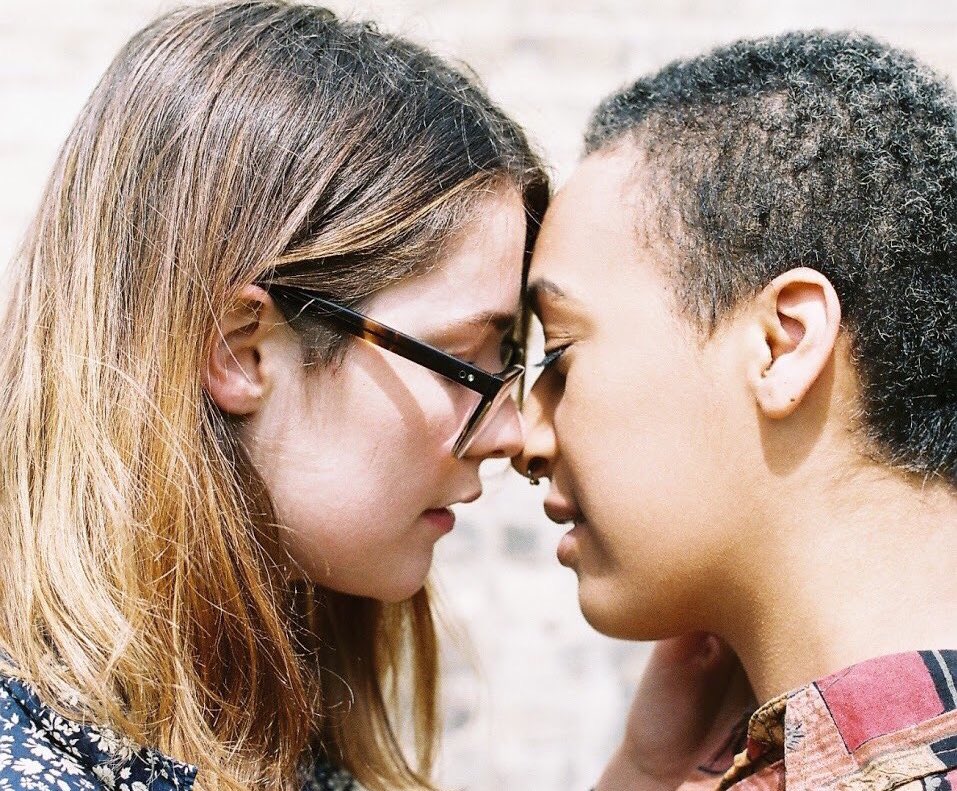 How many queer interracial couples have you seen on stage, or on screen? What are the narratives we have to work from – if any? Next week, SCENE, a play that grapples with race, gender, queerness, art, and love, will make it’s London debut. gal-dem sat down with Lola Olufemi and Martha Krish to talk about creating SCENE, what audiences can take away from the play, and what words of wisdom young people should follow when looking to write for the first time.

gal-dem: What is SCENE about?

Lola: SCENE is about a queer interracial couple putting on a play about themselves – they decide to use their relationship as material to make a commentary on race on gender. We wanted to use the vehicle of the play to make that same commentary. Whether you agree with the characters or not, or find the material particularly complex or challenging, they think that they have something useful to say, and that’s the impetus behind the whole exercise.

Martha: They think they can use their relationship as a teachable moment. But this presents challenges – like the difficulty of not actually wanting to have certain conversations – and the experience of thinking that you understand your structural advantage and how it comes at the expense of the lives of others, but actually realising that you have some way to go. It’s about inspecting, beyond your “good politics”, the things you aren’t proud of, and showing that to everyone. That’s the hard bit, right? It’s easy to put something on that’s like “let me teach you about this”, but harder to actually make yourself vulnerable in a way that might not show you in a favourable light. That’s what they struggle with.

Tell us more about Flo and Ayo.

Martha: Flo is white, and is the sort of person who says “of course I’m not racist”, but then also might say something like “Black Lives Matter is a bit aggressive”. It’s a surface-level talking the talk, but not doing the work of inspecting yourself. She’s feeling under a lot of pressure in her relationship because she feels like she’s always letting her partner down, and that she can’t understand things.

Lola: I have such a great deal of affection for Ayo’s character – she’s the black girl who goes to all of the free talks about race, and when a panelist says something she agrees with she visibly nods her head in agreement – she’s someone who has had a journey into understanding how racism shapes her life. Like many people, she’s had that awakening, and now constantly frames herself in response to race. She is creative, she’s an artist, and is incredibly principled, and incredibly moral. I think, for Ayo, Flo represents this kind of escape from having to constantly be this hard outer shell – being perceived as this person who’s never allowed to be soft and vulnerable.

Martha: Flo has this freedom that is essentially borne out of the benefits of her whiteness, but is constantly anxious about what to do with it, whilst Ayo is less caught up with the little things. I think they help each other see another way to be. 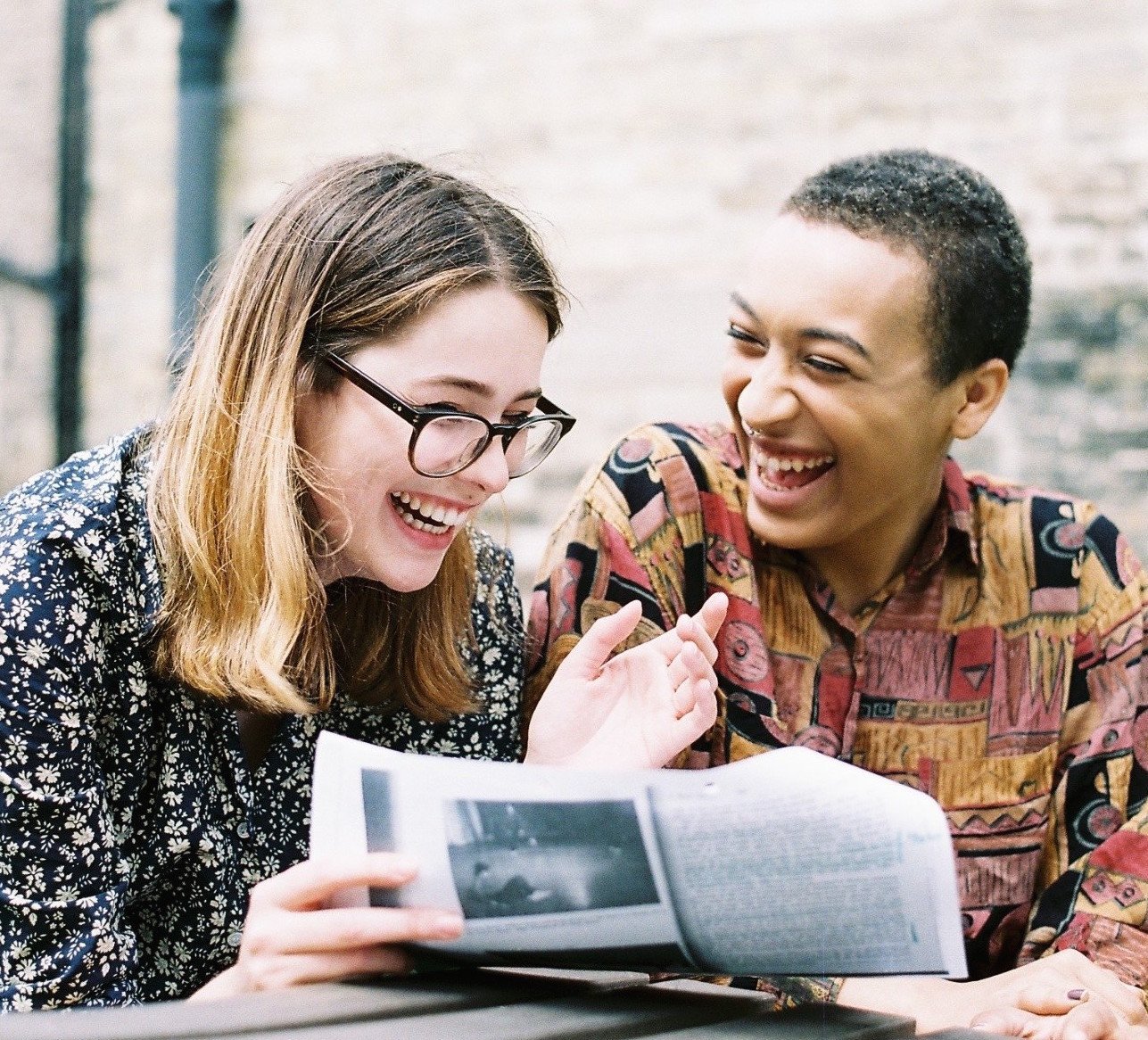 How much do you two relate to the characters, and the relationship, in the play?

Lola: The play isn’t autobiographical – we first thought about doing it when we went to see a play that was trying to talk about race, and we felt we could do it in a more interesting way. But some people have perceived it in a way that’s informed by a kind of inherent sexism – as if women aren’t able to extrapolate or create whole characters that are distinct from themselves. Of course, a lot of the conversations that the characters have are versions of conversations we’ve had, but Martha’s not Flo, and I’m not Ayo. In some senses, we’re versions of those people. But I think that people often come and see the show and assume that the characters’ politics are aligned with our politics.

“Flo’s mum says this horrible line that people often respond to: ‘Nobody wants to be a middle-aged lesbian'”

Martha: Yeah, there are bits that are really personal, but so much of it is just imagining these two characters, who are…more…

Lola:…who are adjacent to us.

Martha: I think it would be dishonest of me to say that none of Flo’s reactions and fears about writing the play, I also felt. But now they feel really far away. This is the fourth time we’ve put it on, and lots of the arguments the characters have used to feel personal, but now I don’t relate to them at all. I think we’re now growing away from them.

What kinds of issues do Flo and Ayo grapple with in the play?

Martha: Racism, and how to present and frame it.

Lola: And how you use an artistic form – people think about art as this way of tackling politics without alienating people, but how do you do that? Do you make it subtle, do you “wrap it up in metaphors” like Ayo says in the play or do you make it explicit? Flo’s also dealing with homophobia from her mum – her mum hasn’t outright rejected her, but makes it impossible for her to have a relationship with her. She reacts to her queerness as if it’s this idealised, bohemian way of living. She says this horrible line that people often respond to: “Nobody wants to be a middle-aged lesbian”.

What do you think the play says about queerness?

Martha: What’s struck me is that people find it so unique. There are so few authentic portrayals of relationships between two women – they’re often either overtly sexualised to the point that it feels like it’s really for men to watch, or conversely it just looks like they’re best friends who occasionally hug or peck each other on the lips. Doing more was really important to us. At the Fringe, so many people came up to us and said “this was the only play about queer women we could find at the Fringe.” Which is ridiculous, because there are like 1000 shows on every day. 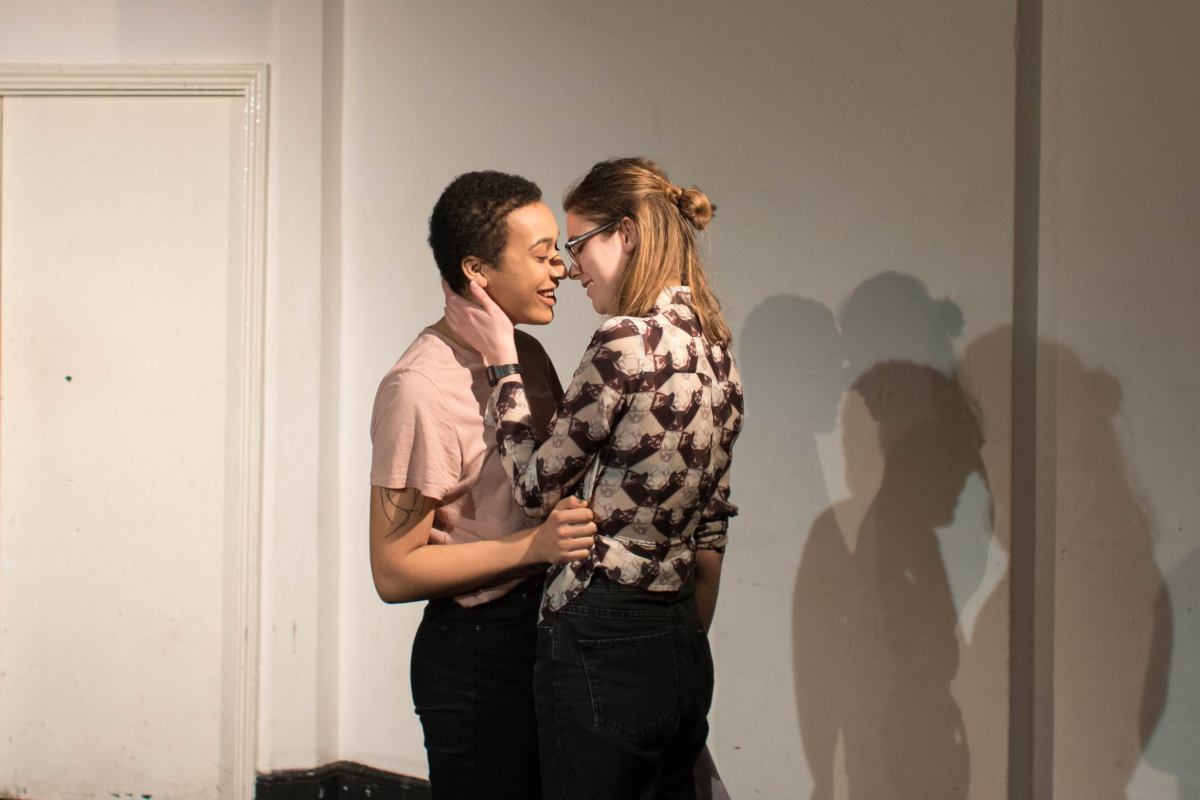 A photo from the Cambridge run in March 2017

What advice would you give to other young people thinking about writing?

Lola: You can write, and you can write well if you view it as a craft that you have to keep honing. The first drafts of the script were not good. But we got them to a place where we felt proud enough to stand next to it, and watch others watch it. And if you’re from a group where your stories aren’t told, you deserve to see them be told and have agency over how they are presented. When we first had the idea, we never questioned whether we could do it – we just felt that it needed to be done, and we had this energy, and believed it would carry us through. There was no question of “will it be good?” , “will we be able to do it in a certain way?” ,“will we be able to structure it?” – we just wrote, and worked on it, and eventually got there.

“When we first had the idea, we never questioned whether we could do it – we just felt that it needed to be done”

Martha: Yes, also take advantage of the chances you’re given. I’ve talked to people in the years below who have thought about writing something, and I’m always like “just do it!” because once you leave uni it’s harder to just put shows on for free. We applied to our university playroom with two pages of script, and they gave us a five-night run…that doesn’t come around all that often. I don’t know if we’ll ever have that again.

If there was one thing you wanted audiences to take away from SCENE, what would it be?

Lola: Love who you want. That’s incredibly important. When your body is politicised, people take your personal relationships and choices to be political ones. The extent to which that is true, and the extent to which who we love can be separated from our understandings of identity – even I’m ambivalent about that. I don’t want to say something flippant like “oh, when I’m with this person I don’t think about their race, I think about them as a human being,” because that’s not true either. But I don’t see the very fact that my partner is white as representative of my politics because to give racialisation that kind of power over my sense of self is boring and restrictive. It’s easy to tie yourself into knots, thinking “what does me being with this person say about me?” And sometimes, it is an important question to ask – especially if you have wildly different understandings of the world. But loving who you want sometimes is a lot less complicated than you think it is. It doesn’t say everything about you.

Martha: But then what about politics? You wouldn’t be with me if I was a Tory.

Lola: But you’re not a Tory – there’s the difference.

SCENE is on at the Camden People’s Theatre from Tuesday 10 April to Saturday 14 April. Buy your tickets here.