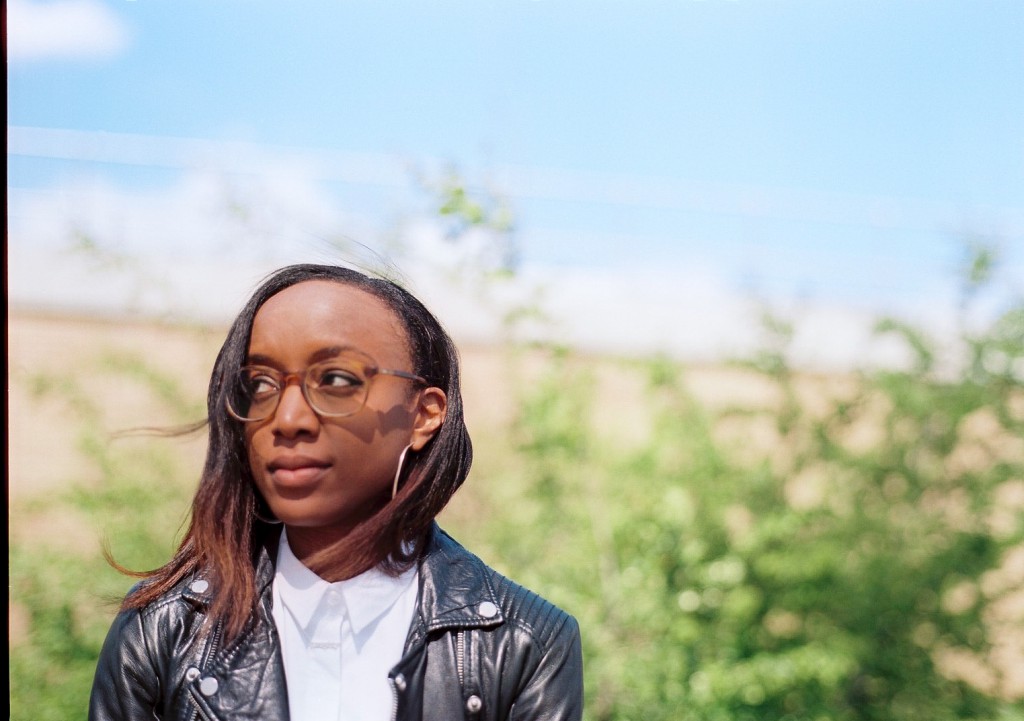 Fresh after the release of her new novel The Nearness of You, gal-dem.com sat down with author Sareeta Domingo to talk about the landscape of romance fiction, post-uni existentialism and black girls in love.

“I think I’m a little bit jaded by romance fiction,” author Sareeta Domingo says late on in our interview. The admission is perhaps surprising, considering that Sareeta runs a blog, The Palate Cleanser, where she reviews New Adult fiction dominated by the romance genre. That, and the fact we have been discussing her first romance novel, The Nearness of You, for the best part of an hour. Yet the novel, published last month by Piatkus Books, is not necessarily an ordinary romance.

“When you label something as romance, readers have a particular expectation about what the content will be,” she says, “I feel like some people might be disappointed if they read The Nearness of You and it’s not only about boy meets girl and the intensity of that.” The boy meets girl aspect still runs heavily through the book. Taylor, the narrator and novel’s protagonist, is enamoured by aspiring actor Ryan after they share a brief anonymous encounter in an empty cinema screening room. And as with all great romances, the course of true love does not run smoothly: Ryan, by a cruel twist of fate, begins dating Taylor’s best friend and flatmate Marcy, and now he’s moving in.

But there is far more going on in Taylor’s inner monologue than yearning for the boy. At twenty-two, with an arts degree she doesn’t know what to do with; a dog which has sniffed out an abandoned body by the Thames; and still grieving her mother’s suicide from several years previously, Taylor has a deeply complex inner personal life beyond her inappropriate crush. How strangely comforting it is, to see this mixture of millennial apathy and emotional ambush expressed on the page, amidst the wistful stares and longful lusting. And further still, how refreshing it is that Taylor, as well as her best friend Marcy, are young black women cast as the objects of affection.

I meet Sareeta at ThreeEightFour, a small cocktail bar in Brixton, just down the road from her birthplace, Camberwell. London is also the stage for the novel’s characters, with Tower Bridge looming in the rather dreamlike backdrop of the front cover. “It was important for me to set the story in London with these types of characters and to have a love story that’s set in London with youngish people,” Sareeta tells me. “I just wanted to have something that reflected the kind of people I hang around with.” 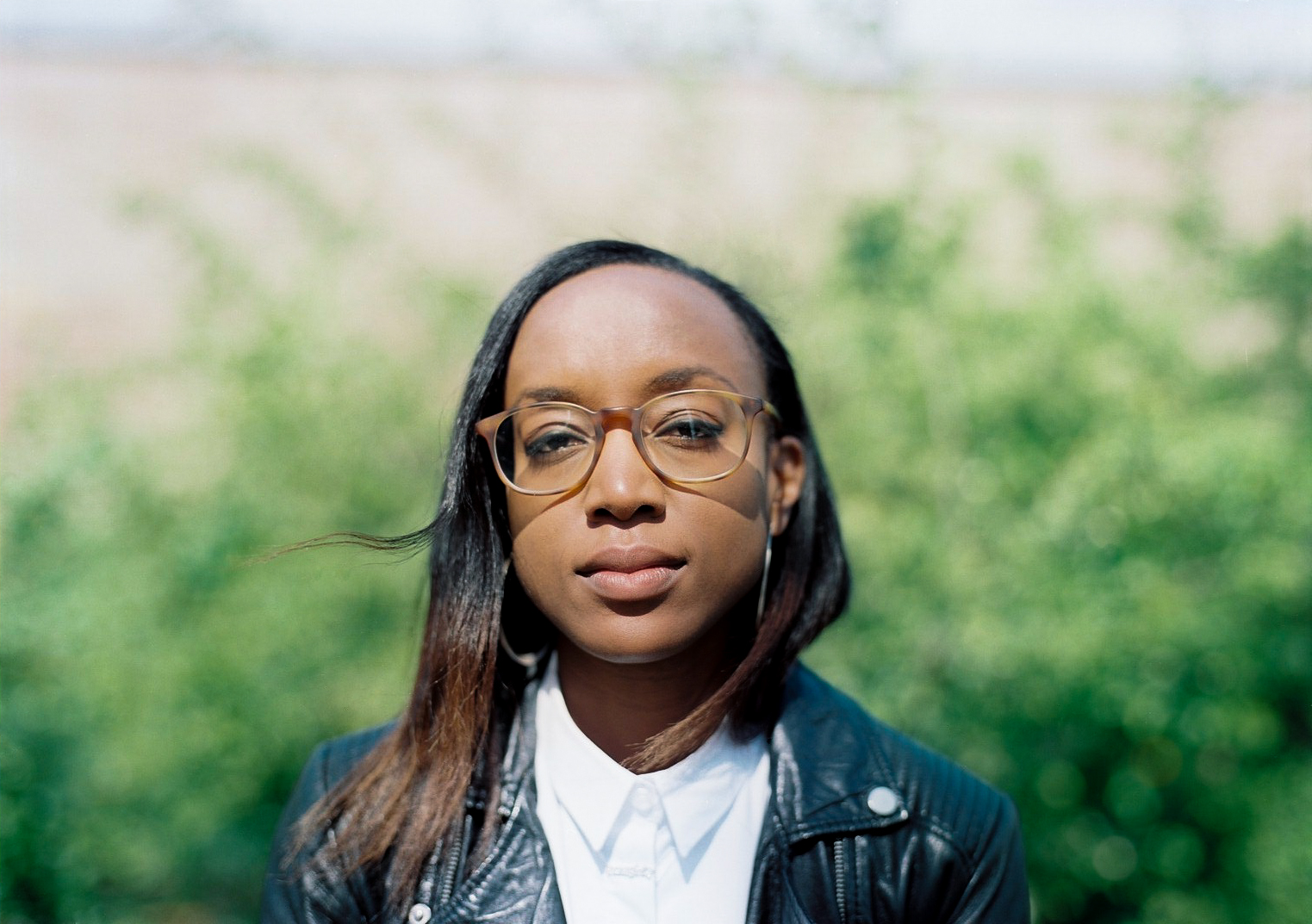 It should not seem rare to read a romance that is so realistic: a London setting with a diverse multicultural cast of young twenty-somethings who are all trying to figure out who they are meant to be. And yet it seems surprisingly new. Both the banality and the beauty of the everyday grind are captured within The Nearness of You. “I wanted to capture that sense of inertia you have, of, like ‘what am I meant to do?’” she explains. Hand in hand with this goes Taylor’s general sombre mood. The plot thread of her mother’s suicide opens up a dialogue on depression that is unexpected in a romance. I ask Sareeta why she included this particular plot strand in the novel. “Taylor can tell that there’s difference between how she’s feeling and how her mum felt,” Sareeta says, explaining why the two parallels are important. “But, by the same token, I wanted to acknowledge that [the way Taylor feels is] a real feeling that people have, particularly when you’ve left university; or you’re just a young person trying to make it in the world, regardless of whether you went to uni or not.”

Yet what really struck me, though perhaps it shouldn’t have done, was the unexpected pleasure I took from seeing black women love and be loved on the page. I did not realise how much I was missing this particular representation in romance until I read it. But I wonder if, as a writer of colour, Sareeta felt pressure to represent.

“Actually, no. I think that’s more a pressure I feel now that I’ve written a book.” It’s this that is making her feel jaded about romance fiction. “In terms of The Nearness of You, it’s relatable for us; obviously it’s relatable for anyone who enjoys a story. But I think what I’m finding is that people who like romance, or expect a certain thing out of romance, will think ‘this isn’t really romantic’ or that it felt melancholic… When I look at romance festivals, I feel like an outsider: not least because I’m a woman of colour, but also because of the type of characters in my book. It’s difficult.”

And it is difficult. The strict expectations of paint-by-numbers tropes in romantic fiction may make it harder for a romance novel that bends those rules to slip easily into the pockets of its audience. But at the heart of The Nearness of You, undeniably, is love, in so many of its forms: love between family, between friends, even between dogs and their walkers. And it is the romantic love that keeps the page turning. “That is part of why enjoy it,” Sareeta says. “It is enjoyable because of that feeling of falling in love. That’s a nice feeling to re-live over and over again.”

The Nearness of You is available now.