Is Beyoncé’s take on The Lion King actually representing Africa? 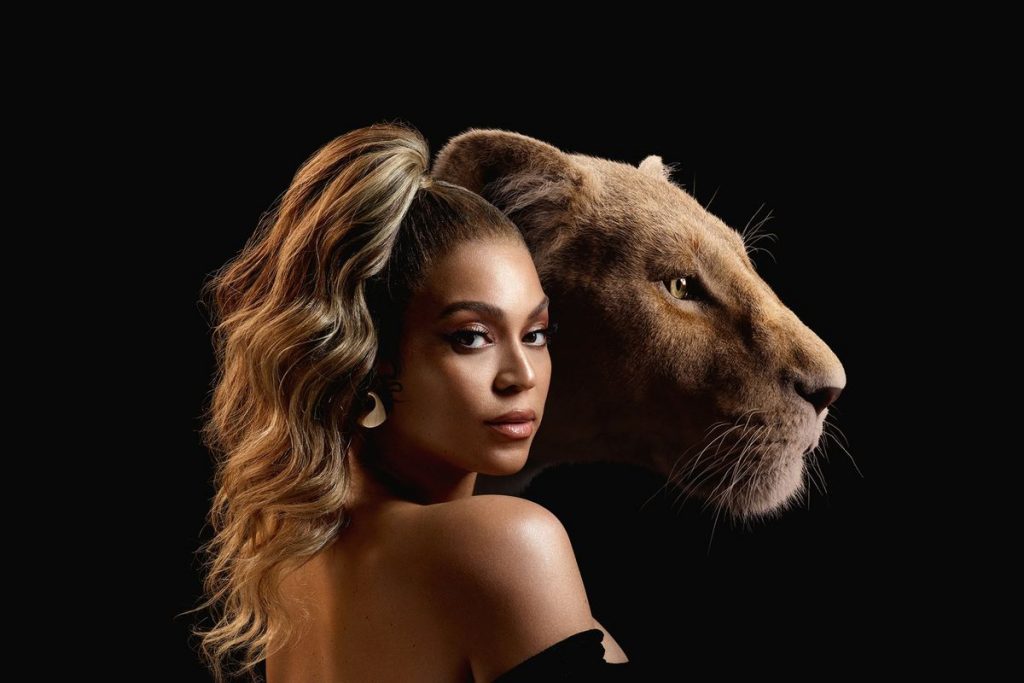 Ask me my favourite movie of all time and I will respond with a contorted face. I might tilt my head to the side and let out a brief pensive sigh but, after garnishing my pretence with a fake dramatic pause, the answer will undoubtedly be The Lion King.

The last time I watched the 1994 masterpiece was in January, on a flight back from chopping life in Nigeria. I watched it on a small screen that was much closer than I would have liked, thanks to the baseball-cap-wearing, seat-reclining passenger in front of me, but even as I rolled my eyes and envisioned a future filled with first-class cabins and private jets, I felt this indescribable sense of joy in my spirit as I settled into my barely affordable aisle seat and secured my headphones in preparation for the unforgettable Zulu cry that takes centre stage in the opening scene.

When I realised that my favourite movie and the highest-grossing hand-drawn animated feature of all time was being remade into a live-action film, my first instinct was scepticism. What were they going to change? How could they possibly recreate all those unforgettable scenes? And what about my babes, Pumbaa – because warthogs are ugly as hell in real life. As the weeks went by, I tried to assuage my concerns by reminding myself that all this Hollywood wahala was none of my business. But as soon as the star-studded cast was announced, and the trailer was released, my initial concerns slowly made way for intrigue, before gradually morphing into small-small excitement. Beyoncé was playing Nala, Chiwetel Ejiofor was playing Scar, and as the anticipation continued to build, I have to admit that I didn’t immediately notice the peripheral buzz about how the reemergence of The Lion King was offering “new opportunities” for a renewed celebration of “African culture”.

The comments were dotted here and there. Sometimes in a tweet, other times in an article or in random conversations amongst friends. In a recent panel interview, South African John Kani who plays the new Rafiki, spoke about The Lion King being an African film and the importance of certain roles being played by Africans. The new adaptation certainly has more voice artists from Africa and the wider African diaspora, from Florence Kasumba to Donald Glover, but I’m not sure to what extent I agree or disagree with Kani. Amen and amen to more representation but does the fact that the film is set in an unnamed but supposedly East African country, automatically make it an “African film”? Does it matter that this film was the product of five American screenwriters, two American directors, and was primarily sold and marketed to Western audiences? Debatable. But what I know for sure, and what I can bet a fresh batch of fried plantain on, is that The Lion King is not a film about Africa.

“Does it matter that this film was the product of five American screenwriters, two American directors, and was primarily sold and marketed to Western audiences? Debatable”

We all know that The Lion King wouldn’t be what it is without the musical contributions of the legendary South African producer and composer, Lebo M, so I was delighted to hear that Beyoncé had reached out to some African artists for the new Lion King inspired album. Although the news surrounding her collaborations were skewed towards a handful of well-known artists from West Africa, I immediately responded to the announcement in the only way I knew how: a frantic DM to my sister with an endless string of fire emojis. I should have left it at that, but I kept scrolling until got I body-slammed by an unexpected plot twist. In an interview with Good Morning America, our beloved Coachella Queen surprised me by declaring that the album wasn’t just about using music to enhance a storyline. No, this seminal body of work, full of “drums”, “chants”, and incredible “new sounds” was also, and more importantly, a “love letter to Africa”.

By that, I can only assume that she meant the whole of Africa. All 54 countries and the bustling cities, lazy towns, and rural villages within them. Through this album, she was perhaps even reaching out to nearly 1.3 billion people, and the millions more who live and work outside the continent, but still consider Africa to be home. Her sentiments were undoubtedly well-meaning, and I know I’m jeopardising my chances of ascending the hallowed Beyhive ranks, but I need somebody, anybody, to sit me down and make it make sense.

I would understand if the movie in question was about how Ishmael from Sierra Leone, and Ashira from Mozambique, met and fell in love on Facebook, got married and decided to move to Rwanda, where they met a mysterious traveller who explained to them why Ghanaian jollof never bangs, so they decided to travel across the entire continent, searching for the perfect jollof recipe, only to discover that it was in Nigeria the whole time. If you were producing music for a story like this, one that arguably contextualises the sheer scale and diversity of lived experiences across Africa, then go ahead and write your love letter. But The Lion King couldn’t be further from this. When you strip away all the funny one-liners and the crazy uncles, The Lion King is essentially a fictional story about a small group of undomesticated wild animals who live on a relatively small, unknown, and unchartered patch of land, somewhere in an Africa that was largely built around the experiences of a few Disney animators who visited a National Park in Kenya in 1991.

“I would understand if the movie was about how Ishmael from Sierra Leone and Ashira from Mozambique, met and fell in love and decided to move to Rwanda, where they met a mysterious traveller who explained to them why Ghanaian jollof never bangs”

The ease with which The Lion King is positioned as an entry point to discovering or appreciating the beauty of a multifaceted continent reminds me of the BBC2 series titled Africa. The all-encompassing title promised so much. I had the highest of hopes for the series but was shocked to instead discover six hour-long episodes of David Attenborough introducing audiences to all the best that African wildlife had to offer: from baby rhinos to desert crocodiles and the occasional dung beetle. The fact that a completely different production team thought it would make sense to write and produce a movie about animals who escaped from a zoo in New York, and then call that movie Madagascar, is also fascinating. A country, home to restaurants, universities, hospitals, cinemas and more people than Portugal and Sweden combined, was depicted as a deserted island with exotic animals, only featuring humans when the movie starts in New York, and later in the second movie, Escape 2 Africa, when the island is visited by American tourists.

The late, great, Kenyan author, Binyavanga Wainaina, wrote a brilliant satirical essay titled How to Write About Africa where he encouraged us to never forget that Africa is always “hot and dusty with rolling grasslands and huge herds of animals”. His sarcasm is spot on because it goes without saying that certain comments and ideas about the cultural significance of The Lion King are rooted in the misplaced belief that Africa is a continent that is exclusively made up of sunsets, acacia trees and leaping antelopes.

I am so here for Beyoncé’s stealth-like precision and creativity, I already know that the album will be special, and of course it could be argued that I’m “reaching” and she was just expressing her excitement to be working with African artists, but I’m still finding it difficult to imagine how collaborating with a group of talented artists from across the US to produce an epic album for Finding Nemo would be linked to a celebration of North America. Or how a similar project for 101 Dalmations, would bypass the compelling story about saving some adorable dogs, and would instead become a tribute to the beauty and diversity of Europe.

I’m only speaking for myself, and I don’t want to impose my experiences on other Africans, but my mother has assured me that I wasn’t lifted up by a baboon and dangled over Pride Rock in the days following my birth. So, until that happens to someone I know, or I find myself being chased by a pack of hungry hyenas, it would be great if we could remove any warped ideas about Africa from The Lion King narrative, and simply enjoy the movie for what it is: a hilarious and deeply moving story that may occasionally lead to a shameless stream of silent tears, and a few concerned looks from flight attendants.