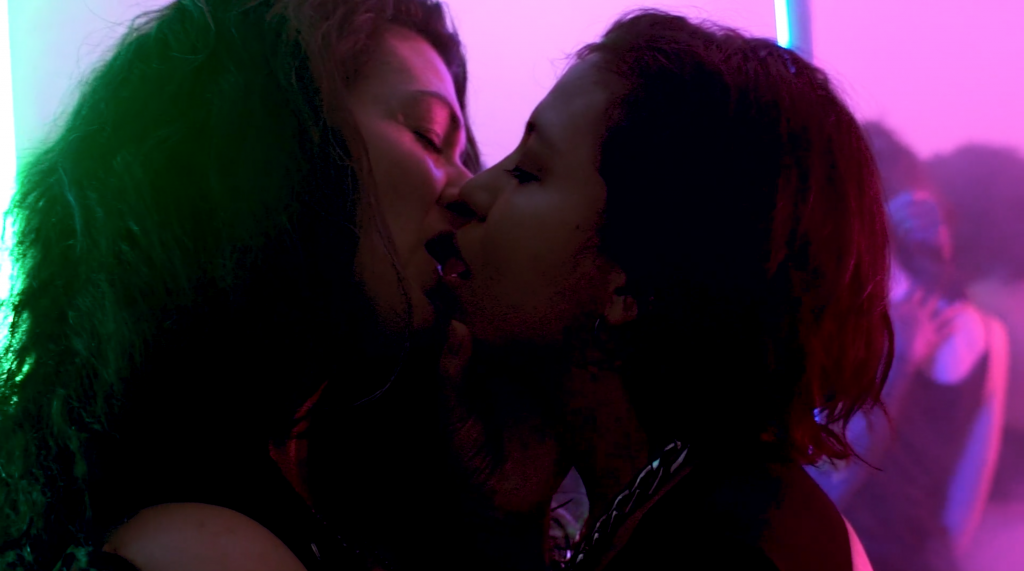 Lina thinks that mainstream sex education we have as a society is “inadequate” and that it needs to delve deeper than just anatomy, STDs and contraception. It should be more about mutual pleasure, sexual identity, consent, and conversations around dating and relationships. “There’s a large part of sex education that isn’t spoken about from a young age, which is where lots of abuse happens,” she says.

Berlin is a “complex environment” for sex workers, Lina says. But it provides a “visible space” for alternate forms of feeling pleasure, and is inclusive of diverse bodies and sexualities, which is what she was looking for. Her career began very simply, after she arranged a coffee with a director.

Sex School’s realistic depictions of sex have received positive feedback from their audience, as they guide their viewers through the most vulnerable moments of an encounter, like their in-depth episode on kissing. In this, they discuss what makes a good kiss, body language, power dynamics, and awkward moments. Spoiler: Lina reveals she chipped a tooth during a kiss once. A sensual montage of an array of people kissing in many different ways on a neon-lit dance floor ensues. Questions have also come in from those struggling with body image, self harm, and eating disorders. “People can’t enter proper relationships with themselves and even masturbate because they have difficult relationships with their own bodies. Questions like that are really important,” Lina explains.

Keep your eyes peeled for the Sex School launch