Lizzo is trademarking ‘100% that bitch’ but did she take the phrase from another black woman? 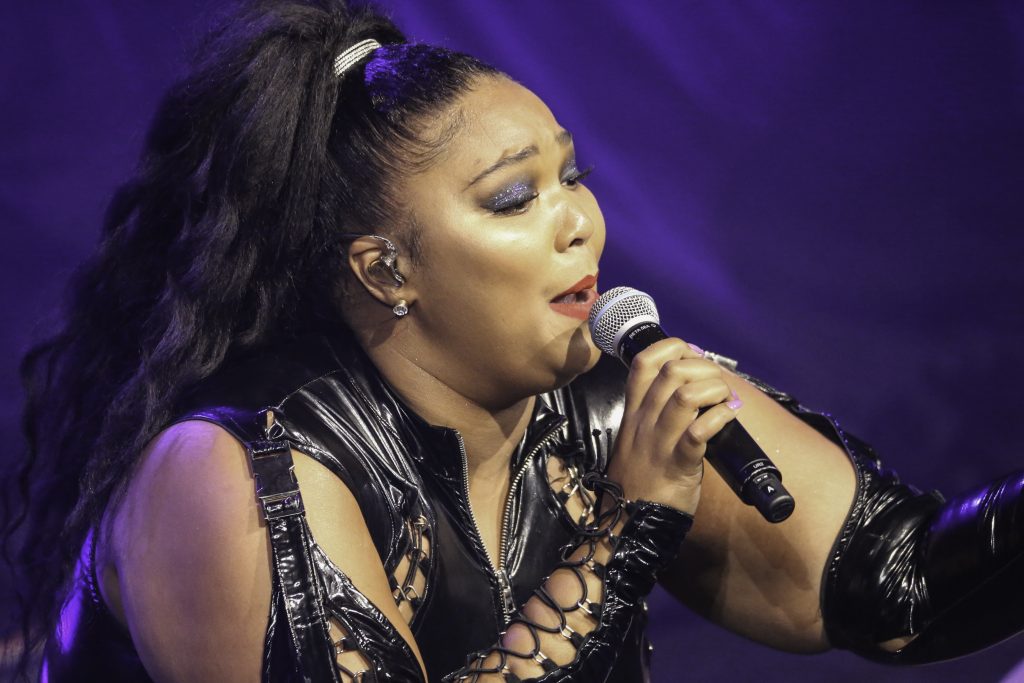 Unless you have been living under a rock, you will know that one of the biggest songs of the summer has been Lizzo’s ‘Truth Hurts’. The most famous line from the song is, “I just took a DNA test, turns out I’m 100% that bitch.” Chances are you’ve heard many people say it, or use it as their Instagram captions – even Hillary Clinton tweeted it.

The Blast reported that Lizzo is in the process of trademarking the phrase to use on official merchandise – this would include shirts, jackets, hats, etc. On the surface, this appears to be a sensible business move. However, there is an element of the mess surrounding the popular lyrics, as musician Mina Lioness claims that she is the originator of the phrase and that Lizzo has refused to give her credit.

The London musician tweeted the phrase back on 25 February 2017: “I did a DNA test and found out I’m 100% that bitch.” The old tweet now has over 36,000 likes. ‘Truth Hurts’ was then released in September 2017. A year after the tweet, Mina tweeted at Lizzo saying, “Now everyone believes those were your words, when in fact they were mine. My creativity, my wit, and my comedy.” Mina stated that she got the idea for the joke from Demi Lovato, who once tweeted about how her DNA test results said she was 1 percent African.

Lizzo, however, took to her Twitter and said that the song was written in June after she saw a meme on Instagram. She added that she had never seen the viral tweet before, but was glad it existed. Lizzo also said that she has credited the meme whenever anyone has asked her about the making of the song.

This situation sparks an important conversation about intellectual property on social media. Some may question why all this fuss is being made in the name of a simple tweet? Well, it is important to remember that going viral – either in the form of a video or words – can change the trajectory of someone’s life.

Jeremy Meeks (also known as “Prison Bae/Hot Felon”) was given a modelling contract and debuted during New York Fashion Week 2017 off the strength of his mug shot doing the rounds on the internet. #Saltbae has a flourishing restaurant career because of an exuberant video of him sprinkling salt that was watched on Instagram 10 million times. And who can forget the sensation that was ‘Man’s Not Hot’? Comedian Michael Dapaah’s parody song actually went platinum in the UK.

The Lizzo trademarking controversy is not an isolated incident. A similar situation took place in 2014 – remember when Rihanna and Lupita Nyong’o were sat together at Paris Fashion Week? Kateria, aka @kauyasha, tweeted: “Rihanna looks like she scams rich white men and Lupita is the computer smart best friend that helps plan the scans [sic].” Black Twitter ran with the idea and even got Nyong’o and Rihanna to confirm that they were interested in the imaginary project, as well as roping in filmmaker Ava Duvernay and Issa Rae as the scriptwriter.

However, a very similar post circulated on Tumblr shortly after the fashion show – before Kateria’s tweet. In July 2014, Elizabitch Taylor (real name Roxy Macdonald) wrote on Tumblr: “They look like they’re in a heist movie with Rihanna as the tough-as-nails leader/master thief and Lupita as the genius computer hacker”.

Kateria released statements alleging that she didn’t steal the idea but that she and Roxy had just arrived at the same conclusion by looking at the photo. Nevertheless, she was prepared to give Roxy full credit. It is worth noting that Rihanna did not co-sign Roxy’s idea, she reacted to Kateria’s Twitter post.

One could make the argument that this incident lines up with Lizzo’s point. The internet is not always a safe place for original thoughts and ideas. While it’s possible that two people could have the same thought process, and arrive at the same conclusion, social media is a powerful mechanism where great ideas can easily be plagiarised. Hopefully, there will soon be a legal precedent set in place to protect people from having their concepts swindled by those who have financial and social media capital.

Legal protection is especially necessary for black women who often fall prey to big corporations taking credit for our creativity. This was the reality for Elizabeth Uviebinené and Yomi Adegoke, co-authors of the bestseller Slay In Your Lane, when the BBC used the authors’ book title for its Change the Game campaign.

Thankfully Elizabeth and Yomi had the business mind to trademark their slogan and were able to legally call out this act of plagiarism. However, it still often feels uncomfortable when accusations of plagiarism are a case of one black woman against another. The combination of wanting to show support for Lizzo, who is flourishing in a space dominated by men, as well as not having definite proof that she saw Lioness’s tweet, could be why the social media outcry regarding the lyrics of ‘Truth Hurts’ has been quieter than Slay In Your Lane vs BBC.

‘Truth Hurts’ is a song that reached number 1 on the US iTunes sales charts and has been streamed 279,416,804 times on Spotify alone. If Mina Lioness inspired Lizzo’s lyrics then morally, she should be credited. However, she might be facing an uphill battle legally. It’s incredibly hard to prove anything online and even more difficult if you’re a black woman with limited resources. It is a complicated issue – how could you possibly know when something you say on the internet is going to be picked up by a megastar? Although the dissemination of knowledge, humour and everything in between online is something to be celebrated, for the time being, the best advice is, of course, to not put anything on social that you would be worried about being taken and monetised by someone else. Your ideas are more valuable than ever.