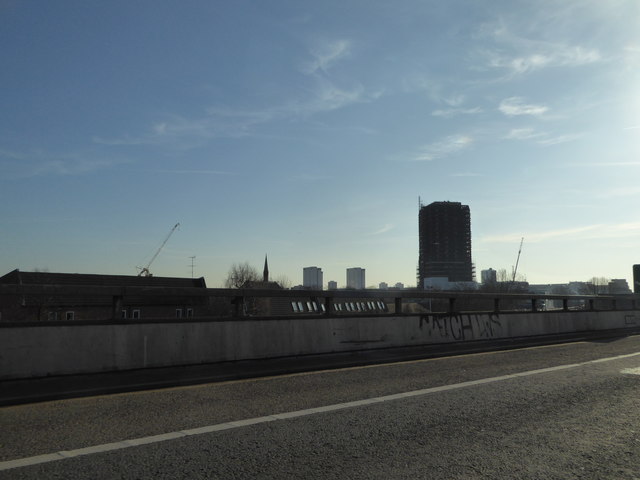 The best case scenario at Grenfell a year ago would have been, of course, that it didn’t happen. The worst case – well, there is no scenario. It’s a reality that 71 people (according to the official count) died in their homes for simply assuming their homes were safe. It’s just not enough for residents to have died due to illegal combustible cladding either, it seems. The government are still umming and ahhing about banning combustible materials completely – much like the ones still being used on council estates all over London. For many, corporate manslaughter is the only answer. Prime Minister Theresa May is now sitting pretty with £400 million in her pocket to fix, to help, or simply to heal, and she hasn’t a clue where to start.

I live on an estate and have done my whole life. I can verify that the estates in London are tired and neglected. It’s revealed in their condition, the way the sun squints over their foreboding height. It’s as if even the sun is unsure of London estates and their dealings, hesitant as to whether their nomadic residents are worthy of too much heat, or nothing at all. Ironic, since heat is what they want to avoid since Grenfell. It seems London estates are only familiar with extremities and nothing less. I know this because I’ve seen first hand that they are not cared for the way they should be. Most are old and not well-kept. Their bins are overflowing, they’re infested with foxes and rats, and mice and ants sometimes pollute their walls too. Nowadays, residents appear even smaller than they already did; the shadow of their own homes has become a reminder that, supposedly, they were and are lucky to be alive.

I can confirm the fear of what happened at Grenfell has marinated the red brick of the flats in my estate. Ever since Grenfell, I enter my estate with my guard up and I don’t think I’m the only one. We’ve all watched too much news and read too many articles and think pieces to feel any differently. I feel jittery mostly, as do my neighbours and their children, I can tell. We’re wounded by promises made by the government, endlessly discovering news stories that have encompassed our states of mind, that inform and warn us. The gist is to not make the same mistake twice. The price to pay to be uninformed — as we’ve all come to know — is too high to bear.

”…the shadow of their own homes has become a reminder that, supposedly, they were and are lucky to be alive”

London estates have always been mistrusting. They want to know what the catch is, always. It’s clear in the bite that most of their communities hold. But, since Grenfell, the paranoia has strengthened. Residents exhibit this in the way their curtains peek, the way they answer the door quickly and sometimes defensively. The fear lays in the cracks of the brickwork married to the plastic; the layered homes seemingly performing a united front. It’s clear that most residents living in London estates are cautious of other residents in general since Grenfell; of outsiders and of visitors. They’re much more wary of kids and of arson, of new appliances being delivered next door, and of getting too close to their community because, though pessimistic, one day it could all go up in flames.

The doubt and accusatory stance of most London estates sleeps in the rusty grey sharpness of their wire fences, in the aura of the pet dog security guards that sit upright in gardens. It’s crystal clear when signposting strollers to “BEWARE” in sunflower-yellow paint. It’s interesting that in my estate, the word “Jesus” is spray painted in fancy cursive graffiti on a curved skateboard slope. It’s a cry for help, a reflection of the residents’ point of view in anger and desperation, but most importantly it’s there in support of Grenfell.

I notice the panic too when I pass through other London estates, visiting family or friends. I pass people who are more content on spending leisure time outside, on evening walks, and being anywhere but inside their own home. They’re on alert. It’s as if they’re more comfortable being permanently outside, and more trusting of the summer air than the false promise of safety. Children too. They play in the park until after dark. Until their mothers beckon them indoors with drawn out screams of their names, to a form of safety – indoors – that they are still distrusting of.

“Grenfell has changed London communities…It’s infiltrated people’s homes, homes that for some are all they have in life”

I don’t blame them. Watching the news and looking for clarification from our leaders does nothing to simmer away the worry. I’m sure that the anxiety and suspicion even a person not living on an estate is feeling, a person who has invested deep feelings into Grenfell, like so many, is especially high too. Because, for the longest time, the public have struggled to gather together complete facts: whether about the death toll, names, or the blaze that night. Essentially, they’ve struggled to gain reassurance about their own estates, and they’ve struggled to hear, on oath, that something like Grenfell will never happen again.

I’ve watched the news and heard the facts. Celotex cladding burns quickly and the gases it releases are poisonous. The insulation used on Grenfell’s flats, indeed, was never tested on tower blocks. It’s now been confirmed that this material is all over London. If I’m honest, my heart races when I hear a neighbour’s fire alarm go off in the distance, or a car backfire. I’m especially shaken up when I hear a drunk person yelling “help” at night, or when the faint noise of a fire truck enters my ears. Grenfell has changed London communities – it was inevitable. It’s infiltrated people’s homes, homes that for some are all they have in life.

The Grenfell inquiry has started. It’s a time for the bereaved, and a time for the young and the old to be spoken to with the honesty they deserve, if nothing else. ‘‘The flames blew too quickly’’, they say. How can we expect a meaningful response when they still can’t seem to muster up an explanation, let alone a truthful one. Enough broken promises. Where is the justice?