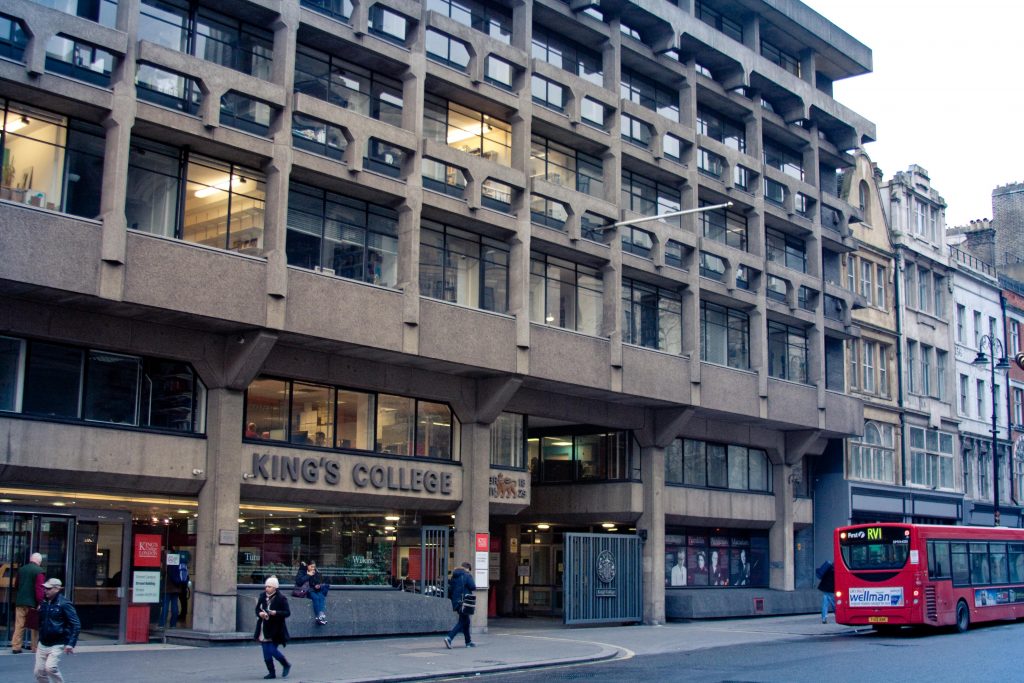 King’s College London is alleged to have blocked access to campus for students considered to be a “security threat” today, in light of a visit to the university by the Queen.

In a statement seen by gal-dem, student group Justice For Cleaners has claimed the ban affected access to “all campuses, libraries and cafes”, and prevented students “from attending exams, work shifts, classes and assessed presentations”.

The students affected are noted to have been primarily “core organisers of campaigns” and their committee members, including the Justice For Cleaners campaign, the Action Palestine Society and the Intersectional Feminist Society.

Absolutely disgusted that KCL politically profiled students and blocked their ID cards, preventing them from entering the university purely because the Queen is visiting. @kclsu what are you doing to protect students?

Two of our committee members had their cards blocked. Campaigning for workers rights and the demilitarisation of universities apparently means we’re a ‘THREAT’ https://t.co/Z0yBKiSe4O

One student claimed on Twitter that a security guard had confirmed that certain student activists had been blocked.

A security guard told a student that this is the case. I don’t want to give names or location/time as I don’t want him to get in trouble.

Justice For Cleaners and the University’s Action Palestine Society have also claimed that names of students considered as threatening have been passed onto the Metropolitan Police.

NUS Black Students’ Officer Ilyas Nagdee described the alleged decision on Twitter as a “shameful act of racial profiling”, calling on students to organise in response to the news.

In a statement, he added: “Reports that KCL students have been denied access to their institution are deeply worrying, not least as they deprive those students of their ability to fully participate and succeed in their education and put them at a further disadvantage.

“We have long been concerned about the repression of student activists that we have seen creeping into campuses, with a rise in politically active students – especially those campaigning on Palestine, Prevent and Divestment – become targets for disciplinaries across the country.

“This use of securitisation to clamp student activism has heightened through the Prevent Duty that targets and stifles political dissent, especially that by students of colour. If it is true that KCL has been sharing information about their own students with the Met Police, this needless criminalisation of their own students who have committed no offence is abhorrent.”

Black & brown students at KCL deemed threats to the queen. Shameful act of racial profiling (just one many over the yrs) by @KingsCollegeLon

KCL has attempted to smash student political activity for yrs, but this is a new low. Vital students organise in response, we’re with you https://t.co/P1P4uDWWIe

Justice For Cleaners’ statement also called the alleged move indicative of the “racialised and gendered securitisation of campus”, and argued that it contradicts the university’s stance on free speech.

“King’s College London is progressive only in the pages of its marketing brochures,” the statement continued. “In reality, it perpetuates the same militerisation, racism and sexism that the society of the police and the monarchy uphold.”

The Queen’s scheduled visit today saw her open Bush House, the newest building on the university’s Strand Campus, in her first engagement with the Duchess of Cambridge.

“We had an event today which demanded the highest level of security and we had to minimise movement through buildings for security reasons. At times some of our buildings were not accessible.”

When reached out to for comment, the Metropolitan Police said that they do not discuss matters of security with regards to royal visits.

gal-dem has reached out to both King’s College London and the National Union of Students for further comment.

A rally has been organised against the alleged bans tomorrow (19 March) at 12pm.